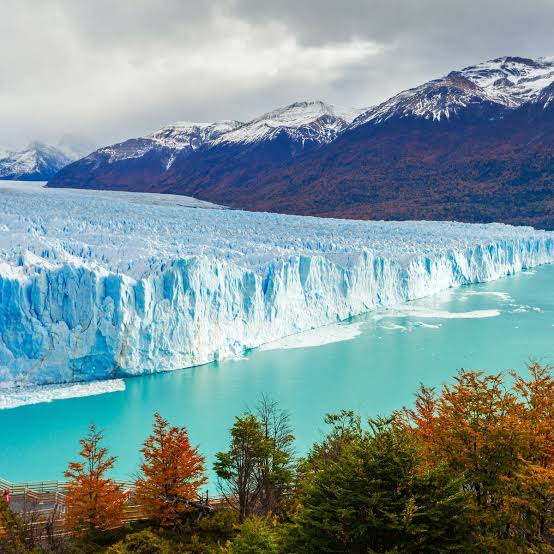 On 20th May, an iceberg roughly the size of Rhode Island broke away from the western end of the Ronne Ice Shelf. According to a report in Scientific American, the iceberg spans nearly 1,667 square-miles, making it the world's biggest. The report further states that the iceberg has been named A-76, "due to the Antarctic quadrant where it was first spotted". The iceberg is now present as a free-floating mass of ice on the Weddell Sea, situated in the West of Antarctica. However, interestingly, the 'calving' and break off of the A-76 glacier was not caused by climate change and global warming, and instead was an occurrence in tandem with the expected natural processes. Additionally, it is believed that "the event won't directly impact sea levels". While the breaking away of A-76 might not be a worrisome sign, there have been many other glacier melts that have been, and continue to be, a cause for concern.

Now, why do glaciers melt in the first place? Primarily, most of the glaciers melt due to global warming and climate change, accentuated by human activities like industrialisation and pollution. In its report, The World Wildlife Fund (WWF) estimated that nearly 10% of Earth's land area is covered with glacial ice, of which 90% is present in Antarctica, while the remaining 10% is  present in the Greenland Ice Cap. Glaciers perform several important environmental functions, such as reflecting the excess heat in the Earth's atmosphere back into space. By doing so, the glaciers help in regulating and maintaining the overall temperatures on Earth. Further, glaciers are also responsible for maintaining balanced sea-levels, an aspect that is severely disturbed by glacier ice melts.

When glaciers melt at a higher pace, the melted ice increases the sea-levels, thereby disrupting the balance. Due to human activities, the increased emissions have contributed significantly towards global warming, thereby triggering various events of glacier melts. The WWF report by Lorin Hancock draws our attention to an alarming statistic: "More than a third of the world's remaining glaciers will melt before the year 2100". To make matters worse, it is also believed that the Greenland Ice Sheet is fast depleting. If it were to melt completely, then, there could be a 20 feet increase in the global sea levels. Apart from causing a worldwide increase in sea levels, the melting of glaciers has also been linked with the formation of high impact storms and hurricanes, and the loss of natural habitats.

In April, a BBC report stated that in the opening decade of the 21st Century, nearly "270 billion tonnes of ice had been lost, per year". The total loss in glaciers is growing by about 48 Gt/yr per decade, the report added.

The Thwaites Glacier, roughly the size of Florida, is one of the most prominent glaciers of the Antarctic and it flows into the Pine Island Bay, as a part of the Amundsen Sea. Due to the massive impact that the glacier can have on the global sea levels, it has been famously dubbed as the 'Doomsday Glacier'. A study carried out by The International Thwaites Glacier Convention (ITGC) made use of an underwater robot to collect data about the water under the Thwaites Glacier. The study found that the water was warm, with the potential "to cause the glacier to melt faster and accelerate the ice flow".

Similarly, the Pine Island Glacier, which together with the Thwaites Glacier, forms the Thwaites Ice Stream, is a frequent subject of study amongst scientists and glaciologists. According to research, the thinning, accelerating and receding processes that the glacier is currently undergoing, is of significant concern. It has also been found that "the Pine Island Glacier is buttressed by a large, floating ice shelf which helps stabilize the glacier, but, now the ice shelf itself is thinning". Yet again, the melting of the Pine Island Glacier can have serious repercussions for the global climate and sea-levels.

The Quelccaya Ice Cap situated in Peru, is the world's largest tropical ice cap, and it has been melting at a rapid rate. Researchers have been documenting the effect of the El Niño on these ice sheets, and believe that its adverse effects are only going to worsen with time. The melting of Quelccaya's ice sheets is a matter of grave economic concern too, as the population relies on the water from the 'ice fields' for hydroelectricity and agriculture. The Ohio State University’s Byrd Centre researchers have been monitoring the Quelccaya Ice Cap.

Earlier in February, the breaking off of a portion of the Nanda Devi glacier caused a flood in the Chamoli district of Uttarakhand. Since then, many news outlets have reported that "the Himalayan glaciers have been melting twice as fast since the start of this century due to climate change". Significant in this regard is the 2019 study that was carried out for nearly forty years, involving satellite observations of the glacial areas of India, China, Nepal and Bhutan.

Glaciers are melting, and they are melting faster with each passing day. Climate change is real, and its effects are wide-ranging. Unless we recognize the severity of the issue and take immediate action, our only planet will become uninhabitable. Recently, the organizers of the Tokyo Olympics raised concerns over the hot and humid conditions that are likely to prevail during the games, citing concern for the athletes' health. Many major cities across the world are predicted to run out of water by 2050. Situations like these are becoming common, and it's not a good sign. In the words of Richard Rogers, "The only way forward, if we are going to improve the quality of the environment, is to get everybody involved".

“A Failed Development ”: Why is India moving one step ahead and coming two steps back?