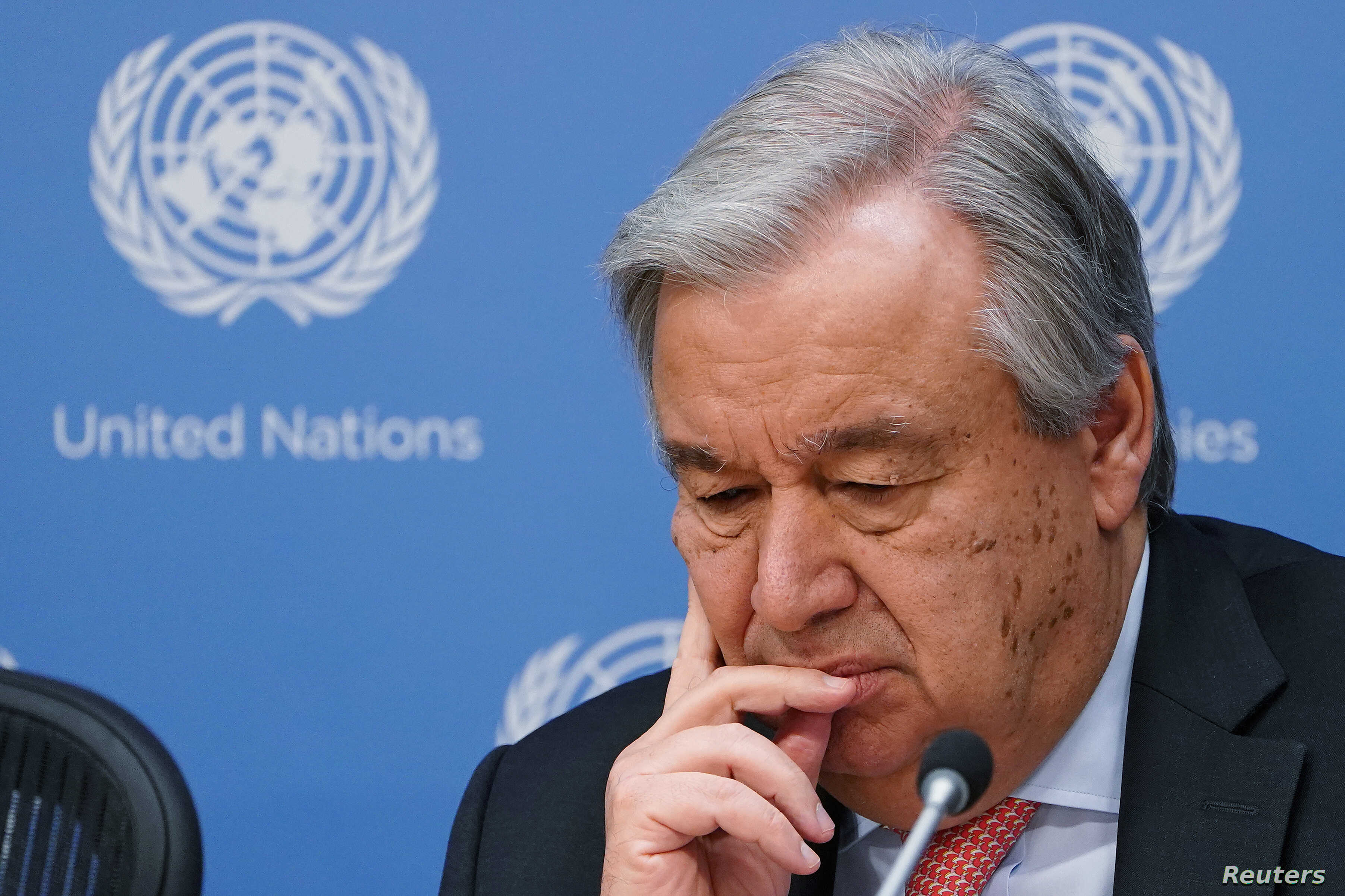 Wealthy countries risk an “unforgivable missed opportunity” if they do not emerge from the Covid-19 pandemic with newly green economies to address the climate catastrophe, according to the UN secretary-general. Since the pandemic, the richest nations have invested billions more in fossil fuels than in renewable energy.

Before meeting the leaders of the world's major economic powers at the G7 summit in the United Kingdom, António Guterres expressed concern that, despite their promises of a green recovery, the richest nations have poured billions of dollars into fossil fuels rather than clean energy since the pandemic.

“I'm more than dissatisfied; I'm concerned about the consequences,” Guterres told the Guardian in New York as part of a Covering Climate Now consortium interview with NBC News and El Pais. “We must ensure that trends are reversed rather than maintained. It is now evident that we have passed the point of no return.

“To spend these trillions of dollars and not use this opportunity to reverse trends and aggressively invest in the green economy will be an inexcusable missed opportunity.”

According to a recent analysis, the G7 countries – the United Kingdom, the United States, Canada, Italy, France, Germany, and Japan – have committed $189 billion to support oil, coal, and gas, as well as provide financial support to the aviation and automotive sectors, since the coronavirus outbreak. This is more than $40 billion more than has been allocated to renewable energy.

The analysis, released a week before the G7 summit in Cornwall, indicates that low and middle-income countries got over $16 billion each year between 2017 and 2019 to fund initiatives tied to gas, a fossil fuel that accelerates global warming. Many of these gas projects are expected to become stranded assets before their 30-year contracts are up because the International Energy Agency stated last month that no new oil, gas, or coal resources should be developed if the world is to stay under 1.5 degrees Celsius of pre-industrial levels. According to the research, new gas projects are incompatible with the Paris climate pact. According to the Intergovernmental Panel on Climate Change's 1.5C scenarios, worldwide gas use must fall by 55% between 2020 and 2050. According to the International Energy Agency's recently released Net-Zero by 2050 report, there is no need for new fossil fuel supply investment. New gas power plants, which are frequently built with a 30-year lifespan, are even more dubious, as they would push the globe past the 2050 objectives for reaching net-zero emissions.

Several leaders, like British Prime Minister Boris Johnson and German Chancellor Angela Merkel, have emphasized the importance of the climate issue in the revival of the Covid, with cities throughout the world welcoming bikes and pedestrians to streets once dominated by cars.

However, while the G7 countries have decided to halt foreign coal financing, the world's wealthiest nations are pouring billions of dollars into developing gas, another fossil fuel, in the global south at a rate four times that of money backing wind or solar projects. With economies reopening, global warming emissions are predicted to soar by the second-largest yearly increase in history in 2021, according to the International Energy Agency.

Guterres said he appreciated the G7 promise because “many nations are still addicted to coal,” but that much more needed to be done in what he called a “make-or-break year,” which will culminate in key UN climate negotiations in Scotland in November.

“We must eliminate fossil fuel subsidies; this is a critical issue,” he stated. “We must consider the real costs that exist in the economy, which implies putting a price on carbon.” If we do these things, it is evident that many of the investments made in fossil fuels during the recovery phase will be unprofitable. They will be stranded assets with no prospect of recovery.”

The UN secretary general's first aim at the G7 summit will be to press leaders on the sensitive issue of climate funding. Rich countries pledged to provide $100 billion per year to developing nations as part of the landmark Paris climate agreement in 2015 to assist them in adapting to the catastrophic flooding, drought, heatwaves, and other effects of the climate catastrophe.

“The $100 billion is critical,” stated the secretary-general. “Until now, climate action has been focused on mitigation or lowering emissions. However, underdeveloped countries face significant challenges in adapting to the existing effects of climate change.”

Guterres expressed optimism that Joe Biden will be able to rally other countries to fulfill climate aid obligations as the United States continues its reintegration into international climate diplomacy following Donald Trump's administration.

However, the United States has “a lot of catching up to do,” according to Saleemul Huq, director of Bangladesh's International Centre for Climate Change and Development. “Biden does not get a pass because the US did the damage. If you fail to perform for the rest of the world, it will be our problem, and it will bite you.”

Scientists have warned that the world might, although temporarily, violate the Paris agreement's 1.5C average temperature increase limit over the next five years. However, Guterres stated that it is “not only possible but also necessary” to aim to avoid global warming above this threshold, which is projected to have severe climate consequences.