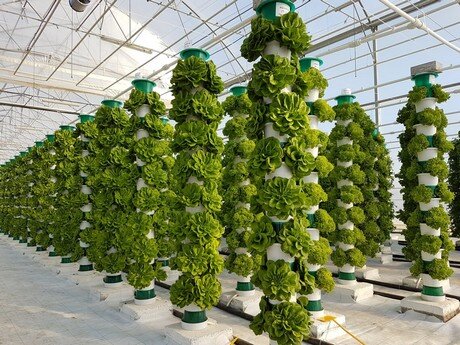 With the constant depletion of resources being one of the more pressing issues our climate is facing at the moment, farmers must address new challenges for growing produce in a sustainable manner. The rise of agriculture redefined the ecosystems across our planet, with an estimated 4.62 billion acres across the globe dedicated to farming. As the population grows, we constantly demand more from the land where we grow our crops. Increasing the amount of farmland alone is not enough, and farmers today are forcing the same amount of land to yield around three times the harvest it once did, harshly depleting the nutrients in the soil. Ramping up production has directly led to an increase in the use of natural resources like water and soil, as well as the chemicals and pesticides that threaten our planet’s health. However, with new challenges come new solutions, as scientists seek out methods for maximizing every step of agriculture. With the potential to unlock nutrients and reduce waste, vertical farming represents the next generation of farming.

The key to a successful shift towards sustainability in agriculture is the underestimated resilience of plants. Not only can plants grow without soil, they can thrive indoors with only a few key essentials and grow to be 40 times denser in nutritional value than crops grown on traditional farmland. Known as hydroponics, the principle behind vertical farming is to provide plants with all they need through nutrient-enriched water rather than soil. Without the need for soil, plants grown with hydroponics require much less room to grow because they can be stacked on top of one another in stacked layers, similar to shelves in a store. Furthermore, the water used in these compact irrigation systems is recycled and preserved in a manner that reduces water consumption by 95% as compared to traditional massive field irrigation systems.

In addition to being more compact than traditional farming, vertical farming offers many benefits to farmers, consumers, and the planet as a whole. Grown indoors, vertical farms are independent from the unpredictable nature of our climate, making them immune to droughts, pests, and weather. This allows farmers to harvest any crops in any season through the assistance of computerized technology and light sources that mimic the Sun. While the term “artificial” has negative connotations, the crops grown in these environments are exposed to the same naturally occurring food sources they require in the field; the only difference is how these nutrients are generated.

The ability to grow independent of climate also means that food can be produced locally and consumed immediately after being harvested. Typically in the United States, crops travel for 6 to 10 months following harvest, all the while losing nutrients and depending on preservatives to resist deteriorating. With hydroponics, plants can be grown in the same facility they are sold or consumed, maximizing the nutrients the consumer absorbs from their food. Grown indoors at up to twice the speed of the same crops grown in a traditional manner, hydroponic produce requires no pesticides, preservatives, or hormones. This is especially important in communities and urban areas where access to fresh produce is limited. Although this technology is fairly new, it is revolutionizing farming practices around the world. From New York to Tokyo, vertical farming could be the future of agriculture in cities and suburban areas alike.

Is Sustainability A Prerogative Of The Rich?