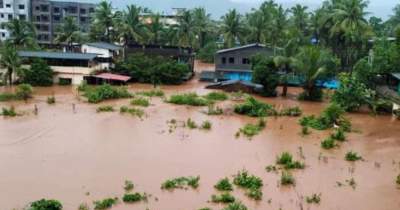 India is one of the few countries with fertile soil and adequate rain. Crops in the country are abundant in nature. It is said that when the British came to India, what they found is a surplus of resources. The country has diverse soil and landscapes. This soil and the trees protecting it have attracted rains for many years, making most of the Indian land fit for cultivation. But the rains in the past few years have made it worse for farmers.

In 2019, there was a drought followed by late rains that brought attention to water scarcity in India. Many Indian cities and towns like Mumbai and Delhi faced water cuts. But when it finally rained, it poured. The rains that were scarce in June became fierce in July and caused excessive flooding in 11 states of the country.

According to official government data, every year, over 1,600 lives are lost due to floods. Crop damage amounts to Rs. 36.12 billion each year.

This is caused due to extreme precipitation. According to a study, there is a significant rise in precipitation levels since the 1950s. This has led to increased precipitation events in some parts of the country. For example, the 2018 floods in Kerala. Assam faces severe floods every year. Maharashtra also flooded immensely this year. Around 200 people have lost their lives so far.

The Ganga and Yamuna rivers had an overflow in mid-June this year. Areas in Uttar Pradesh and Bihar flooded because of this. Uttarakhand also had flooded. The last time Uttarakhand had such floods was in 2013. Normally, Uttar Pradesh was flooded in August. This time the flooding was in June.

Climate change is the biggest reason for this. Change in weather causes high precipitation, leading to intense rainfall. Cutting of trees means that the rains will not be absorbed by leaves and soil. There are also no reservoirs that can contain rainfall.

As far as containing floods in the coastal regions is concerned, planting and maintaining mangroves towards the coastal lands can not only prevent water from the cyclones entering the land but also contain the water and prevent excessive water from going into cities like Mumbai and Kolkata. That should be coupled with wetlands. Wetlands can also be possible in areas not near the coastline. The only problem with wetlands is that stagnant water could be breeding grounds for mosquitoes and other insects carrying diseases. This is why these wetlands should be considerably distant from human habitation. The most important thing required to contain rainwater is soil. This is why gardens and open spaces could also help, although it may result in them being closed for a while.

Parts of India have already seen excessive rainfall and flooding because of cyclones in May. Two major cyclones - Yaas and Tauktae - ensured that Gujarat, U.P, Bihar, parts of Maharashtra, West Bengal, Odisha, and Jharkhand, have experienced damage in the wake of flooding due to the cyclones.

Normally, rains would last from June up until October or the end of September. But now the time is also less. The rains occur from early June and are over by the time of late August. July last year was the driest overall in five years. Yet there was severe flooding in parts of India. The time is expected to become lesser as the years go by.

Time and again, drainage has proven effective to stop the rain. A good example of this would be Japan. Tokyo is a cyclone-prone area. The Japanese government spent 3 billion dollars on getting a drainage system that can easily sustain cyclones. This has benefitted the Japanese people in the long run and reduced homes affected by floods by 90%. Countries like Greece, Pakistan, and Brazil have smaller pipes that help in drainage and reduces floods. These pipes are also cost-effective.

In India, entire cities are built on water. Take Mumbai for example. In Bangalore, the number of lakes keeps decreasing each year because buildings are constructed on them. Many of these buildings are illegal. Proper regulation should be maintained so there are no illegal buildings. This means that there are lesser areas for rainwater to be contained. The best way to handle this is to create artificial lakes and reservoirs that could contain the rain.

Coordination among agencies and governments is also important. Multiple agencies are responsible to stop flooding. Some are the Central Water Commission (CWC), National Disaster Management Authority (NDMA) and Ganga Flood Control Commission (GFCC), and National Institute of Disaster Management (NIDM). All of them work separately to stop floods. They need to coordinate from time to time to yield tangible, long-term results.

What also helps is a warning. If there are sensors that indicate floods, then it is possible to relocate people before the flood impacts them. Flood warning systems help in reducing the cost of flood damage repairs. While rains occur anytime, flood occurrences are comparatively infrequent and can happen anytime. Preparing beforehand helps decrease casualties. Places can be marked as flood-prone areas and there can be supplies provided based on that.

A frequent response to flood relief is to offer compensation. Many times the compensation is either not enough or not what the flood victims need. Studying floods and seeing what the frequent damages are, who is the most affected, and what can be provided to them. For example, in Mumbai, the slum dwellers are most affected due to floods. If the slum dwellers are relocated safely for the time being (or permanently) to a better place where they don’t have to worry about floods, then their lives will be saved.

Rainfall is either a blessing or a curse depending on where you live. But it was never meant to be that way. If the rains are contained well and there is better planning, then no matter where you live, it will always be a blessing.

Climate Change: A Catalyst for Conflict?