What’s the role of zoos in society? Should we be for or against them? 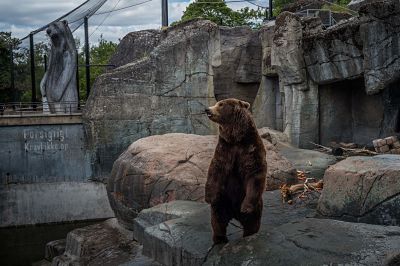 Since the beginning of humanity, people have kept wild animals for non-utilitarian uses. In 2500 BCE, Mesopotamian rulers kept collections of different animals in enclosed pens for the pleasure of having them in their palaces. Later on, the idea of modern zoological gardens began to evolve along the 18th century. It was due to the sudden interest in zoology and animal anatomy that was taking a lead in the Enlightenment era by scientists.

Nowadays, zoos are part of our culture and civilization, becoming one of the most discussed subjects for animal rights. On one hand, it is an opportunity to approach the variety in fauna. On the other, it is criticized for captivity and slavery against animals.

Taking into consideration the different opinions and objections for and against zoos, what we are here to explain are the functions and interests of zoos, therefore it’s easier to create a statement about this issue.

Before continuing, it’s relevant to indicate that what we are taking as a sample for this argumentation is 'good and legal zoos'. There are exceptions and different legal approaches for the very country to this theme, but that is another dimension.

First, one of the primary roles of zoos is to educate. By bringing people to different species of animals, it's easier for the public to sensibilize with them and foster an appreciation of the variety found in fauna. The director of communications of the Oasis Park in Fuerteventura, Spain, explains that it’s proven that being near an animal has a much more powerful effect on people than seeing a picture. According to her, the connection between the public and the animal becomes stronger. Known problems such as illegal animal traffic and global warming have a huge impact on wildlife, so these interactions make humans sympathize more with this kind of concern.

Another significant purpose of zoos is shaving and maintaining endangered species. Thanks to breeding programs, some species continue generations, as some individuals might have trouble finding mates to reproduce themselves. As recent studies have demonstrated, more than 95% of wild populations have been eradicated in the last 20 years. For this reason, zoos contribute to the conservation and maintenance of endangered species such as the Africaine elefant, whose are deaths by the hand of Marfil traffic exceed the 30,000 each year.

On the other hand, a range of arguments exists against zoos. The standpoint of the opposers of zoos is that humans should not have the right to captivate, breed, or confine other animals. Captivity in pens, even safaris, would never represent the wildlife of these species. Many animals living in zoos suffer from confinement, boredom, and stress. Humans do not have the right to change the environment where these animals are supposed to grow up. Breeding species do not always lead to better conditions for them. Sometimes, zoos reproduce baby animals to bring in more visitors and money.

Consequently, surplus animals are given away to other zoos or hunting facilities. These reproductive programs do not ensure that animals would be realized into wildlife afterward. Thus, these expend the rest of their lives in cages and pens.

Another solution instead of zoos is the denominated sanctuaries, in which the trade and breeding of animals are prohibited. These places take care of unwanted exotic pets, surplus animals from other zoos, or injured wildlife that cannot continue in the wild anymore. It mainly happens in countries where the purchase of exotic animals is legal, and individuals feel the free desire to change animals' habitats and make their own by whim.

To conclude, the choice of going or not to zoos is ours as they are legal and well provided by governments who support them. The best option is to ensure that zoos provide the best care and treatment to animals. Taking into consideration the fact that a cage, a pen, or a safari could never be a duplicate of how these species développé and behave in the wild. Nonetheless, the less we intervene and damage nature and wildlife, the better animals would live in their habitat. Educating people into not harming the environment and respecting other living creatures on the planet is what matters after all, as we should have as a priority that animals’ rights are as significant and relevant as ours.