Worms; The Unlikely Solution to The Global Garbage Crisis. 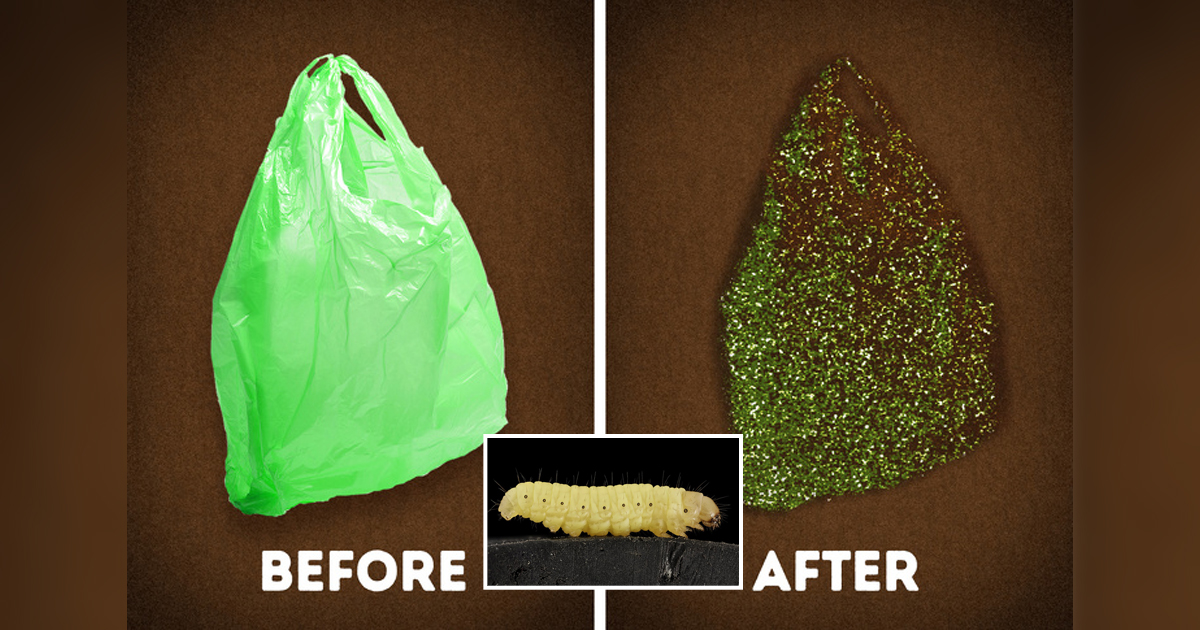 The Global garbage crisis is quickly climbing the scales of environmental issues the generation has to tackle. With less than 20% of global waste being recycled each year and solid waste is the third largest source of human-related methane emissions in the U.S and a major pollutant to the Oceans- think trash the size of France- climate activists and scientists have been put under pressure to think up long term, low-effect solutions that will put an end to the vicious cycle consumerism has kickstarted. From looking at the global climate crises through a more profound lens to pinpointing causes to looking at solutions, this article will focus on how two species of worms have arisen as the uncanny solution to one of our generation's biggest problems.

It is estimated that 2.01 billion tons of solid waste were produced in 2016; the World Bank predicts that by the year 2050, that figure could rise to 3.4 billion tonnes yearly. The production of garbage, however, is not the problem. Destruction is inevitable, and studies show that the more urbanized a country is, the more waste it is likely to produce. The issue, however, lies in the fact that only 16% of this waste is recycled, according to an article by the BBC in 2019, which highlighted the US as the leader in waste production.

The remainder of the waste is unfortunately disposed of unsustainably. Although the US and UK citizens are estimated to produce around three times more waste than people in China and seven times more waste than people living in Ethiopia, studies have highlighted that the boom in population from the global south is causing global destruction to rise as there are more people to produce more waste. The world is met with a problem, the amount of waste is increasing, yet there are insufficient ways to combat and recycle that waste.

Although this article focuses on the global waste crisis and ways to tackle it, it would be practically incomplete without bringing up the fact that most of the world’s waste ends up in landfills. It’s a vicious cycle. Landfills, when adequatelymanaged, allow the waste to decompose after covering it with soil. However, the issue is that most dumps aren’t correctlyorganized, and the material disposed of in them isn’t near recyclable for years to decompose. What exists are heaps of trash littered around the world, especially in lower-income regions, posing an unsightly view and negatively affecting the environment. Landfills produce amounts of methane gasses and other toxic gasses that are meant to be harvested but are,in reality, left untended, volatile, and gassy, at worse, affecting the ozone layer and seeping into soil and groundwater aquifers to affect local ecosystems.

Earlier in this article, it was mentioned that waste is inevitable. However, certain factors aggravate this crisis. Those will be discussed below;

-        Single-use plastics: Often marketed as recyclable but never recycled, single-use plastic like bread bags, bottles, takeaway containers, straws, cutlery, and shopping bags are staples in landfills. Corporations convinced the masses that these harmful plastics are integral to the fast-paced,consumerist culture that we inhabit. The reality is that these plastics don’t biodegrade and only break down into smaller particles of microplastics that contaminate the environment or get burned to release toxic fumes.

-        Textile waste: Another leading substance in waste disposal is textile waste. It has been reported that the fashion industry is responsible for 10% of global greenhouse emissions because 92 million tonnes of textile waste is generated every year. This is because of the cyclic, trend-based nature of fast fashion, which encourages overconsumption. Even with second-hand shops to combat fast fashion, 1/3 of clothes still end up in the heaps.

-        Decreased recycling rates- in developed countries, the recycling rate has decreased due to covid and other factors. Countries like the UK, the US, and Germany have resorted to exporting their waste to poorer nations.

Making recycling more cost-effective and collecting waste at its early stages can drastically reduce the world’s garbage problem. The high cost of waste collection is one of the main reasons for the poor collection and disposal of waste. World Bank statistics indicate that developing countries spend more on waste collection, with outdated and inefficient methods that leave very little of their budget to deal with how to manage the waste effectively. The issue doesn’t just lie with developing nations, as first-world countries still put all their focus on waste collection and not enough on management and recycling, leading to most waste ending in landfills.

Another partial solution that countries like the US, UK,Canada, and Australia have tried was shipping their unwanted waste to China; an estimated 4,000 containers of debris have been sent to china every day since early in the 1990s. The destruction was hardly dealt with effectively, and most ended up in landfills. China, since 2018 and more recently Thailand,Vietnam, and Malaysia stopped taking trash from other countries to deal with their local pollution; they followed through with that action by placing a ban on the import of 24 types of solid waste, mostly paper and plastic. They don’t want to be the world’s dumping ground, Will Nichols said; however, despite ending the cycle by sweeping things under the rug, the problem remains unsolved.

This is where scientists' discoveries come in. With the super worms that can eat styrofoam and ‘Humble’ worms with saliva that can break down plastics, the global garbage problem might have met its potential match. The discoveries and what they mean for the environment will be explored in greater depth below.

Scientists across the globe have been looking for natural solutions to the trash problem, and plastic-consuming worms are the latest discovery. In a mid-2022 published journal of Microbial Genomics, Australian scientists revealed that the larvae of a darkling beetle could solely survive on polystyrene, which makes up 30 percent of landfill space worldwide. Christian Rinke, the study's co-author, stated that worms are a new, environmentally friendlier way of breaking down plastic. This discovery is significant because styrofoam is a particularly troublesome, dense material that fills up landfills in the form of plastic cups and plates that take around 500 years to decompose.

For the study, Rinke fed the worms separate diets, one given bran, the other polystyrene, and the last starved, the ones who ate the polystyrene were less likely to transform into beetles which indicates that the enzymes in the gut of the worms can digest styrofoam, the actions moving forward? Scientists will study those enzymes to see how well they can digest large amounts of polystyrene and modify them to increase their efficiency. The focus is not on having super-worm farms but on perfecting the enzyme. If the research is successful, the enzyme, in liquid form, can be used to break down ground plastic, providing a biological solution. There are, however, challenges, as  Andrew Ellington, a specialist in this area at the University of Texas, has pointed out in a Washington Post article; Ellington stated that the trickiness of working with enzymes lies in reproducing the conditions in which they work best and that will be the next hurdle for the scientists who still have a long way ahead.

A recent discovery is the saliva of a ‘humble’ worm that breaks down rigid plastic. This time the researchers hail from Spain and say that chemicals in the wax worm’s saliva can break down polyethylene, stating that one-hour exposure to the saliva degrades the plastic as much s years of weathering.

Two enzymes in the liquid can degrade the material at room temperature, which bypasses the ‘conditions’ hurdle of the super-worm enzymes. Polyethylene, widely used for pipes, flooring, and bottles, is a more rigid plastic. The scientists, headed by Dr. Clemente Arias and Dr. Frederica Bertocchini, say that not only can this knowledge be applied to large-scale plastic waste management facilities, but they also express the hopes that home-based kits can be produced, which allows people to degrade the plastics at home.

They have a long way to go as well, as larger-scale experiments need to be carried out, and enzymes that work are just the first step in the hopeful future of the biodegradation of plastics.