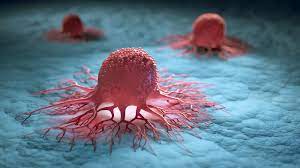 It is an oncolytic virus; that is, it prefers to attack and infect tumour or cells. It was developed and has been shown to reduce colon, lung, breast, ovarian, and pancreatic cancer tumours. All thanks to an immuno-oncology company in the clinical phase, called Imugene Limited, together with a cancer research and treatment organization known as the City of Hope; both were able to carry out an experimental study by administering an injection to a patient in a clinical trial evaluating the safety of the new oncological virus in people with advanced solid tumours.

But first, what is an oncolytic virus?

The physician and his team believe that Vaxinia, or CF33-hNIS as it is also known, has the potential to improve outcomes for patients with advanced cancer. The virus has been shown to shrink colon, lung, breast, ovarian, and pancreatic cancer tumours in laboratory and animal models.

Although immune checkpoint inhibitors have been effective in some types of cancer, patients often relapse and eventually stop responding or develop resistance to this treatment. Early research shows that oncolytic viruses can prime a person's immune system and increase PD-L1 in tumours, making immunotherapy more effective against cancer.

Vaxinia will be tested in a Phase I trial of 100 cancer patients with advanced or metastatic solid tumours who have previously tried at least two other treatments. The trial is expected to be completed in early 2025.

These studies are a positive step forward for medical science and, of course, for those suffering from the terrible harms of cancer. Few studies with positive results are known because although doctors and scientists have determined the nature of cancer as a disease, it develops at the cellular level, which makes it challenging to study or prevent its behavior.

There are other diseases derived from tumour type, also diseases at the cellular level that attacks the immune system and for which no cure or at least an adequate treatment has been found.

Vaxinia could be the light on the road in the search to finally stop cancer.

British Food Fortnight 2022: the national celebration of the food the UK produces