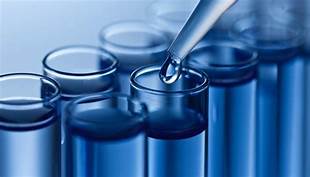 Everyone knows that the consumption of water is essential to health and survival. Though this fact is universally known, it is unlikely that most citizens ever tried researching what their city and state governments are adding to the public water supply. Similarly, it may get said regarding those who live in Fairhope, Alabama, where the city officials have been adding a substance known as fluoride to its water supply for over 75 years.

Fluoride is a natural mineral found in human bones and teeth that is often used in dental practices to strengthen enamel and prevent cavities. It is also commonly added to public water supplies through a process known as water fluoridation to reduce both tooth decay and costs related to dental hygiene.

The average fluoride amount added to public water is around one ppm or one part per million.

According to Fairhope’s Annual Water Quality Report from 2020, provided by Fairhopeal.gov, the average amount of fluoride found in the city’s public water supply is about 0.81 ppm, ranging from 0.63-1.01 ppm. The document also stated that the city adds fluoride to “help reduce tooth decay,” though there have been questions and concerns about this process in the past few years.

AL.com published an article in February of 2015 which revealed that the acting mayor, Tim Kant, brought up the local concerns regarding water fluoridation. But the environmental committee ignored his suggestions to discuss the subject. Council President Jack Burrell turned the mayor down because he “wasn’t convinced it was an overriding problem” and didn’t want to “mess with the formula” that had earned Fairhope the award of “Best Tasting Water.”

The Alabama Department of Public Health and Oral Health Coalition boasted that when it comes to fluoridation of community water, “For every $1 spent, $20 is saved in Medicaid cost on preventative dental visits.” It also added that the discovery of the benefits brought about by water fluoridation was named one of the “ten greatest public health achievements of the 20th century” by the Centers for Disease Control and Prevention (CDC).

The necessity of fluoride in public water is a subject of debate among many communities, not just that of Fairhope. Though there are numerous pros to be argued for the presence of fluoride, there also seem to be a few cons that are commonly ignored or looked over. According to a health and medical blog known as Health Research Funding, the cons of fluoride are the health risks it poses to those with kidney disease, the weakening of bones, and the spotting and degradation of teeth, known as fluorosis. The CDC reported that 41% of American children suffer from fluorosis and admitted that “the risk of dental fluorosis increases as children ingest higher levels of fluoride.” Despite these two facts, the CDC still supports and encourages the process of adding fluoride to public water supplies.

Citizens have many opportunities to educate themselves on the pros and cons of water fluoridation, including how much their own city or state is adding to the public water supply. The level of fluoride present in community water should be available on local public and governmental information websites. In addition, many of these areas have water testing toolkits that measure the amount of fluoride present in tap water. For example, Alabama residents can download the state fluoridation toolkit from the Alabama Department of Public Health, take a sample of their tap water, and send it to Mobile, Alabama, to be processed.

Though fluoride is available in nearly all public water systems across the US and the globe, citizens of every one of these cities have the choice of whether or not they want to drink it. Filtering methods such as reverse osmosis, alumina defluoridation, and distillation can effectively limit the amount of fluoride present in drinking water. Hundreds of filters can filter contaminants out of tap water.

No matter what one chooses to do, educating oneself on the control and addition of various substances in public water is the most important act a citizen can take. Performing research, testing tap water, and contacting local officials to ask questions are easy and operative ways for individuals to investigate their drinking water and make well-informed decisions according to what information is acquired. Staying up-to-date on what decisions local, state, and national governments are taking for the general public is of the utmost importance to every citizen.