Nainital Government Hospital and the plight of the Common People. 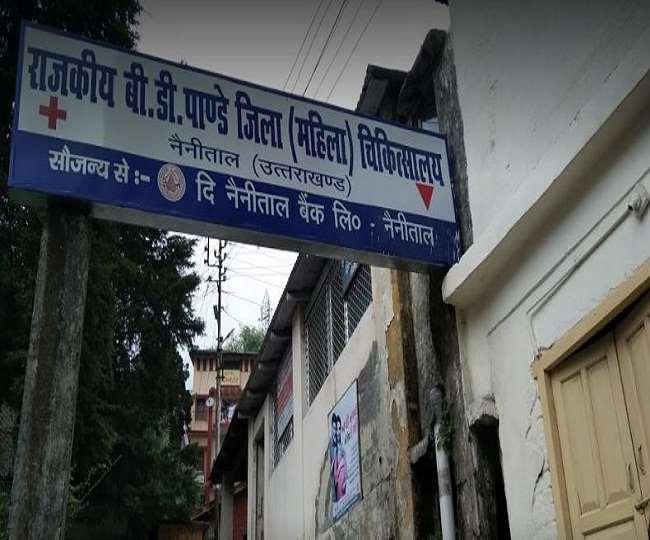 It was 17th November 2021. I had to get my medical check-ups done for the medical certificate which was asked by my university for the completion of the admission process. I went to B.D Pande Hospital, a state government-run hospital,

on 17th November at around 9 am and got a slip (parcha) in which the doctors write the medicine or the test we need to undergo. So after purchasing the slip I go to the office of the CMO to know the procedure of the medical certificate. The assistant in the office put a stamp on my slip and asked me to get a body check-up done. The stamp on my slip read, "Blood Group, ENT, Physician, Surgeon, Eye Test."

It was half-past 9 when I hurriedly went to the Eye Specialist as there was not much crowd. I told the doctor that I need to take this eye test for the medical certificate. The doctor replied by saying that, "First you need to get your Covid Test done." I obeyed him and went to the test building where the test was being conducted. I got my RT PCR done and was told that the report would be available by 20th November. The reason for such delay, which I found out later, was that there is not even a single lab in the whole of Nainital to analyze the Covid Test Sample. The Samples from the Nainital Government hospital are taken to Haldwani, a place 40km away from Nainital. After giving my sample for Covid Test, I got my Eye test done. The doctor made me read some alphabet and I was good to go.

Next, I went to the ENT specialist for my Ears, Nose and Throat checkup. All I could see written at the door of the ENT room was, "Doctor OT mein duty pr hai",(The doctor is busy in the Operation Theater.) It was already 10 am. The thing which took me by surprise was that in the whole of this government hospital, only one ENT is there. According to the estimates of Aadhar uidai.gov.in Dec 2020 data, the population of Nainital is 1,041,035. For a population of more than 10 lakhs, there is only one ENT specialist. It was already 10:30 am by the time I asked a helper over there by what time would the doctor return from the OT, the answer given to me was more shocking. The helper said that the doctor will go home today after her duty in OT.  This meant that my certificate would not be completed today as the ENT check-up was not done. By the time I left the ENT area, a pile of patients had gathered for their check-up, not knowing that they were wasting their time.

After my unsuccessful attempt at ENT, I went to see the Physician, who did my check-up and told me to go to room no. 17 to see the Surgeon. I reached room no. 17 around 11 am and the Surgeon was not there. The room was locked with no information. I waited for 1 complete hour before coming to know that the surgeon is on a holiday today and the other surgeon is busy with surgeries. The sad part is that B.D Pande hospital has employed just two surgeons to cater to the needs of 10 lakhs+ people. Also in Nainital, there isn't any private hospital to carry out operations. Private Clinics are there but they don't carry out surgeries.

After another unsuccessful attempt, I went to the pathological lab to get my blood test report signed. It all took me around 5 minutes for the blood test report to get signed and I went home knowing that I'll have to come again tomorrow. I was out of the hospital by 12:30 pm after reaching at 9 in the morning.

On the morning of 18th November, I reached the hospital again at around 8:30 in the morning, hoping that I could leave early. Today I only had to go to the ENT specialist and the surgeon as all the other checkups were done yesterday itself. I waited till 9:15 in the morning before the ENT specialist walked in. The doctor saw me at 9:30 and after doing a thorough checkup told me to go and see the surgeon. Today I finally got a glimpse of the surgeon after waiting for him for around one and a half hours. The doctor went to the cabin, saw one patient and again went away. It was already 11:30 am and the surgeon was nowhere to be seen. The patients, the ones who had problems were getting restless. One voice from the reception area said, "OT mein mil aao surgeon Sahab se." (Go meet the surgeon in the OT room.) We went and I told the doctor that this check-up is for my medical certificate etc. He looked at me and said, "All Ok! Go and get it signed from the office."

The work which was supposed to be done in one day was done in two days all due to the negligence and the unavailability of the doctors. Not everyone is rich enough to afford a bed in a private hospital, and also in Nainital, there isn't any private hospital. If someone in Nainital gets seriously ill, the patient is referred to a private hospital in Haldwani (40kms away from Nainital.) The localities of Nainital, for small issues, look up to the government hospital to save the high-end expenses. But sadly this isn't possible due to the unemployment of the doctors.

Misuse of public funds by Politicians in South Africa

Crisis in Hong Kong Hospital Due to Highest COVID Emergence