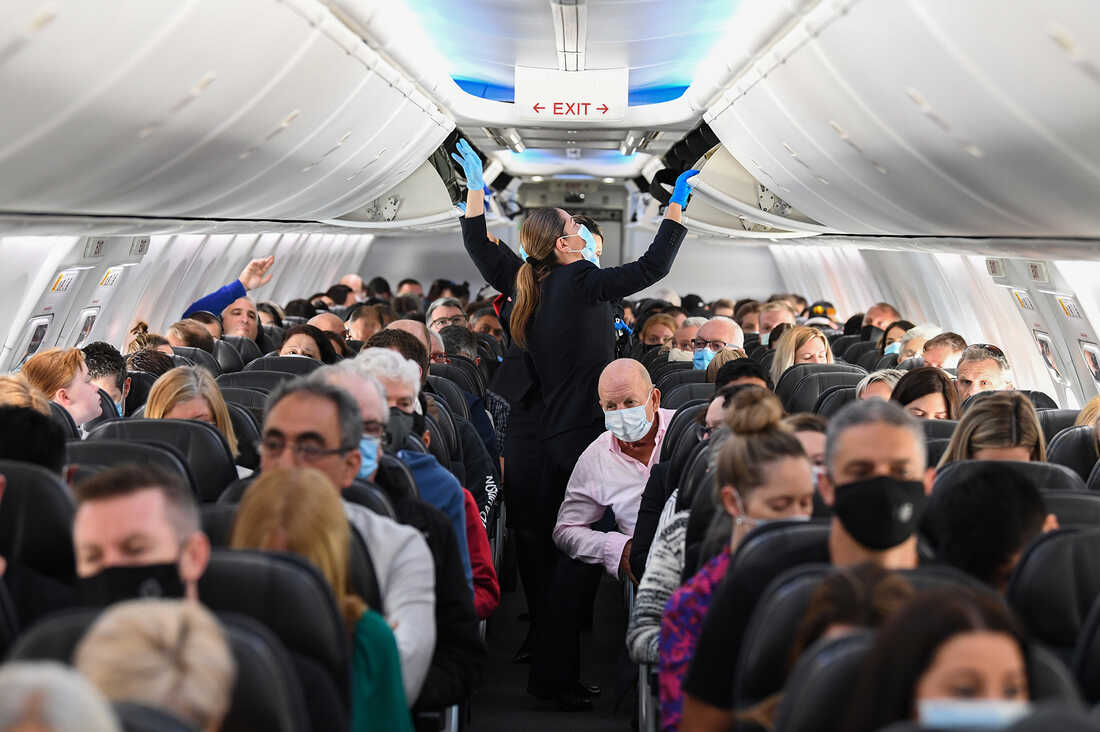 The Transportation Security Administration is no longer requiring masks on public transportation. A federal judge in Florida got rid of this mandate on Monday, but is this the best timing? Two years after the pandemic started the country should be celebrating no longer being required to wear a mask. However, with the new Coronavirus variant, it may be too soon to celebrate.

Judge Kathryn Kimbel Mizelle, an attorney and jurist of the United States District Court of the Middle District of Florida, who was appointed by Donald Trump lifted the mandate. At the time she was appointed, Mizelle was only 33 years old making her the youngest judge with lifetime tenure that Trump appointed. The American Bar Association made a statement claiming she did not have enough experience for that position.

The strike of this mandate includes all U.S. public transportations including planes, buses, subways…etc. In the 59 page ruling, Mizelle concluded with the lift of the mask mandate which is effective immediately. "Wearing a mask cleans nothing," she wrote. "At most, it traps virus droplets. But it neither 'sanitizes' the person wearing the mask nor 'sanitizes' the conveyance…the CDC required mask wearing as a measure to keep something clean -- explaining that it limits the spread of COVID-19 through prevention, but never contending that it actively destroys or removes it." Since the ruling, major airline companies including United and Alaskan Airlines have released statements that they are no longer requiring their employees to wear masks. United Airlines states that it is no longer requiring masks for all domestic flights and some international flights, and T.S.A also lifted their mask mandate.

Judge Mizelle has received major backlash from the Democratic side since the ruling because of the recent rise of Covid cases. The CDC just recently extended the mask mandate for all public transportation because they wanted to do more research about the new variant. “White House press secretary Jen Psaki called it a "disappointing" decision and said the CDC was still reviewing the ruling while encouraging Americans to continue wearing masks while traveling. When pressed on whether travelers were currently required to wear masks, Psaki said they were waiting for guidance from the Departments of Justice and Homeland Security,” stated a Yahoo News article. After Judge Mizelle’s ruling, her decision is now under review from the Biden Administration. The CDC still recommends that all travelers wear a mask.

Even with the new variant going around, the mask mandate is all over the place. Philadelphia just recently reinstated the mask mandate for all indoor stores and restaurants. That is one of the only major cities who have reinstated the mandate. Other states and cities are becoming looser on their mandates as most people don’t even carry a mask around with them anymore. Schools, gyms, restaurants and other public areas are sticking to the recommended mask wearing by the CDC.

“In January, the Supreme Court blocked a Biden administration edict that large employers require workers to get vaccinated or submit to regular testing. But the Supreme Court has permitted military officials to take vaccination status into account when deciding where service members should be assigned or deployed — and on Monday, it allowed the Pentagon to take disciplinary action against a reservist who refused to get vaccinated,” according to a New York Times article. Making this decision might cause confusion for the American citizen because of how strict the current government is about vaccination and mask mandate policies. Most businesses are still requiring proof of vaccination in order to be employed.

New York City’s Public Transportations which operate through buses and subways have released statements since the ruling on Monday night. Amtrak announced, "While Amtrak passengers and employees are no longer required to wear masks while on board trains or in stations, masks are welcome and remain an important preventive measure against COVID-19. Anyone needing or choosing to wear one is encouraged to do so." NJ Transit also announced that they also will no longer require face coverings and people are allowed to wear them based on personal preference. Port Authority has yet to release a statement.

"We bring a lot of people together in a closed setting for a prolonged period of time, and not everyone has the option to not travel," said U.S. General Surgeon Dr. Vivek Murthy.  "Because it's not necessarily an optional setting for people and because, again, folks are together for a long period of time, that's why the CDC has leaned into being cautious there and recommending that people continue to wear those masks." Murthy urges people to still wear a mask on all public forms of transportation.

Republicans are celebrating this ruling from their fellow Republican judge. "Great to see a federal judge in Florida follow the law and reject the Biden transportation mask mandate." Florida Governor Ron Desantis tweeted. As well as Republican Senator Chuck Grassley posting to Twitter saying that it was important to protect individual liberty. Videos of flight attendants are going around the internet of the announcement of the striking of masks while most passengers seemed to be celebrating this news. The union of flight attendants released this statement, "We urge focus on clear communication so that Flight Attendants and other frontline workers are not subject to more violence created by uncertainty and confusion." Over the past two years there have been many instances of flight attendants needing to escort passengers off the plane for refusing to wear a mask during travel. Therefore, allowing this ruling to cause confusion to passengers who have been required to wear a mask and all of the sudden no longer needing to wear one.

This ruling is still under review and it will be interesting to see how citizens react to the news as well as more public transportation systems releasing statements about their policies.

The Forgotten Pandemic- Has COVID-19 been put to a halt?