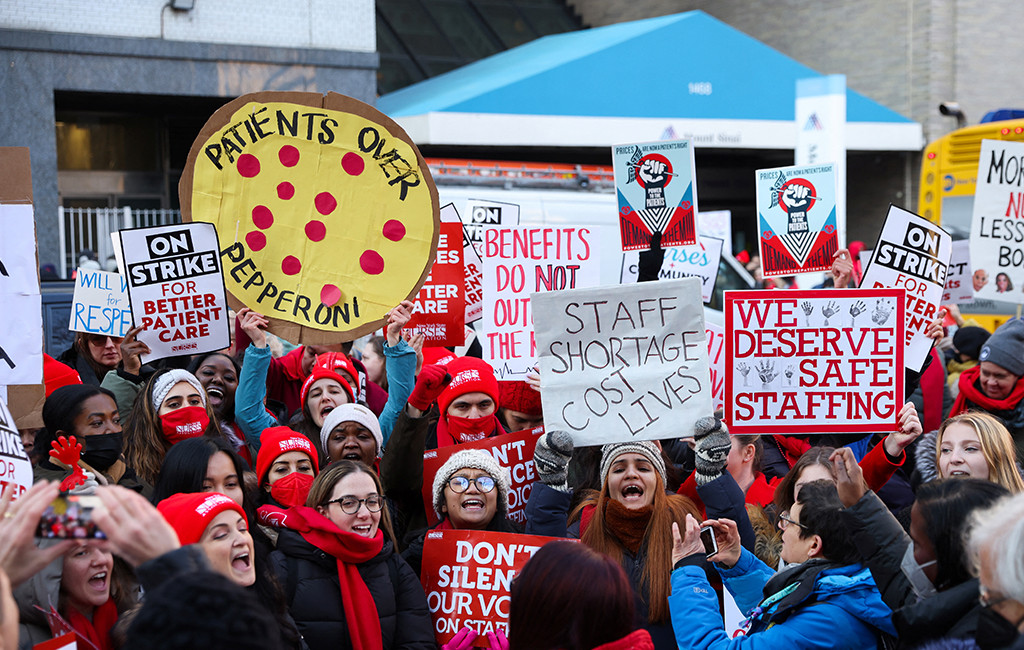 On a Monday Morning, people living in New York witnessed a long line of Nurses walking out from two of New York’s largest hospitals. Around 7,000 nurses have been reported to partake in the walk-out, with about 3,500 each coming from the Montefiore Medical Center and the Mount Sinai Hospital, respectively. The event has caused concerns among the citizens of New York. However, this strike reportedly was done with clear and essential intent.

Many nurses have chosen to go on strike against the hospital for various reasons, such as disputes over pay, working conditions, and especially understaffing for patients. The last reason is especially notable as said issue has persisted since the pandemic and is the source of nurses becoming chronically overworked. In turn, the decision to strike out was chosen by the New York State Nurses Association, a union of nurses, which was done out of safety for its staff and patients. The union from a CBS article stresses that “Nurses don't want to strike. Bosses have pushed us to strike by refusing to seriously consider our proposals to address the desperate crisis of unsafe staffing that harms our patients”.

Due to this walk-out, hospitals have to transfer their patients and assign ambulances to other locations, reschedule surgeries alongside medical procedures, postpone appointments and hire temporary nurses. Hospitals like Montefiore and Mount Sinai have expressed disapproval over the strike, believing it to be disruptive and potentially dangerous for the lives of their patients. At the urging of the governor, both hospitals have attempted to bind arbitrations and end the dispute by offering a 19% wage increase in addition to a commitment to creating over 190 positions for nurses. However, this offer was rejected by the union, which argued that it didn’t resolve the core of the issue.

The results of this strike have left many patients anxious, with many being transferred to other hospitals. Despite this, many people have supported the union’s strike by protesting or posting the event on social media. How this whole event will continue to play out is unknown, but what is made clear from both sides is that the patients are at the heart of the issue.

Needless to say, as long as these poor working conditions remain within these hospitals, nurses will continue on with their strike and the hospitals affected will have to adjust to these circumstances. With the potential risk of patients not receiving proper care, it is clear that both parties involved do not wish to prolong this strike. However, it is likely that if these issues are not resolved, the nurses will continue their strike.

ASMR- A Healthier Way to Fall Asleep and much more?