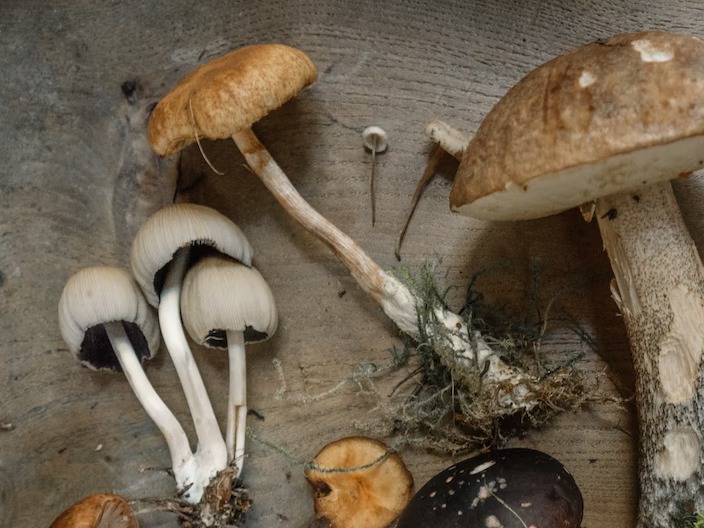 Psychedelic plants and fungi have been used in indigenous medicinal traditions for millennia. Swiss scientist Albert Hoffman was the first to discover, synthesize, and learn about lysergic acid diethylamide (LSD-25) in 1938.

Culture and science explored hallucinogens extensively during the 50s and 60s, but the research suffered a hard blow from the war against drugs. Only now is the scenario changing again – for a much more fertile one regarding psychedelics.

According to Data Bridge’s research about the psychedelic drugs market, the field is likely to receive an overwhelming growth of USD 6,4 million by 2029. This is aided by remarkable discoveries about such chemicals and significant cultural shifts regarding mental health awareness.

Results recently published in the New England Journal of Medicine show that the psychedelic compound found in magic mushrooms can help alleviate severe depression when combined with psychotherapy. In this trial, nearly a third of patients went into rapid remission after a single 25mg dose of psilocybin followed by therapy sessions.

The most significant impact of psilocybin was found in those patients taking the highest dose (25mg). Three weeks after having the drug, 29% of this group were in remission, compared with 9% and 8% of the 10mg and 1mg groups, respectively.

Patients on trial spoke of being in a “waking dream” when they took psilocybin, a short-lived experience that wore off before they returned home. The increased connectivity in the brain appears to be a more enduring effect, however, lasting a few weeks and potentially making the brain more open to therapy.

Founded in 2020, Biomind Labs aims at neurological and psychiatric disorders using psychedelic molecules DMT, 5-MeO-DMT, and mescaline. This month the company hit a landmark: its inhaled psychedelic treatment for patients with depression is safe and tolerable.

The candidate, called BMND01, is a liquid inhaled formulation of N, N-Dimethyltryptamine, otherwise known as DMT. The 30-person phase 1 study evaluated the clinical and psychiatric risks in healthy volunteers and found only a mild, transient and self-limited increase in blood pressure and heart rate – of up to 30% – compared to baseline values. Such an increase is comparable to moderate physical activity in healthy individuals.

The trial tested 11 different doses of BMND01, ranging from 5 mg to 100 mg, and found no serious adverse events or clinical risk at any level. According to the company, cutting down the length of time psychedelic sessions can make such drugs a potential novel treatment for mental health disorders, especially addressing patients who suffer from depression and are resistant to currently available drugs.

It’s worth noting that in July this year, former Food and Drug Administration (FDA) of the United States director Thomas Laughren, M.D., himself joined the biotech’s team to serve as medical adviser for clinical trials.

North America dominates the psychedelic drugs market in terms of market share and revenue and will continue to flourish its dominance during the forecast period. This is due to the high prevalence of mental disorders in the region and rapid research development. Approximately 11% to 12% of Americans suffer from a major depressive disorder that leads them to commit suicide.

As a matter of fact, on November 8, 2022, voters in Colorado will decide on whether to legalize psychedelic mushrooms and other naturally occurring psychedelic drugs through a ballot initiative. Proposition 122, or the “Natural Medicine Health Act of 2022,” would decriminalize psychedelics and require the state to establish a regulated system for accessing psychedelics by those 21 years or older.

If the law passes, Colorado, which was one of the first states to legalize recreational marijuana, could be the second state to legalize psychedelics—after Oregon, which is set to start allowing the use of therapeutic use of the substance in psychedelic mushrooms in 2023 under a ballot measure passed in 2020.

The measure covers two specific substances found in psychedelic, or “magic,” mushrooms, psilocybin and psilocin, and three other naturally-based substances: dimethyltryptamine (which is also known as “DMT”), ibogaine, and mescaline (excluding mescaline derived from peyote).

All of these substances remain illegal under federal law. They are listed as Schedule I controlled substances under the federal Controlled Substances Act, meaning they are considered to have the potential for abuse and have no currently accepted medical use.

While psychedelics remain illegal under federal law, in recent years, there has been a reexamination of, and a growing amount of scientific research on, the potential medical uses for psychedelics, particularly to treat mental health conditions such as depression, anxiety, and posttraumatic stress disorder.

The U.S. Food and Drug Administration (FDA) has reportedly designated at least two companies’ treatments derived from psychedelic mushrooms as a “breakthrough therapy” for depression. For instance, in August 2020, Janssen Pharmaceuticals received approval for its Spravato nasal spray indicated for treating suicidal people.

Are psychedelics the cure?

Now, a crucial discussion arises: though psychedelics have the potential to help people break out of repetitive, destructive thoughts and to help them discover new possibilities and new joy, can they be detached from their setting, that is, society’s urgent issues?

As psychedelics are absorbed into mainstream medicine, they start to go down the road to becoming another source of money for big enterprises. Money will come from patents on novel formulations and patenting and providing the associated treatment techniques.

It’s naïve to expect psychedelics to change your mind for the better when offered within a framework of gross inequality. In the wrong hands or mindsets, a journey of self-discovery and self-improvement can lead to even more profound personal and cultural problems.

If psychedelics increase openness, then we must find a way to make sure that it is for the better. How can we keep individuals from developing racist and violent thoughts and adhering to neo-nazism, among other major social issues? There shall be no place for retrogression in society but a more substantial commitment to justice.