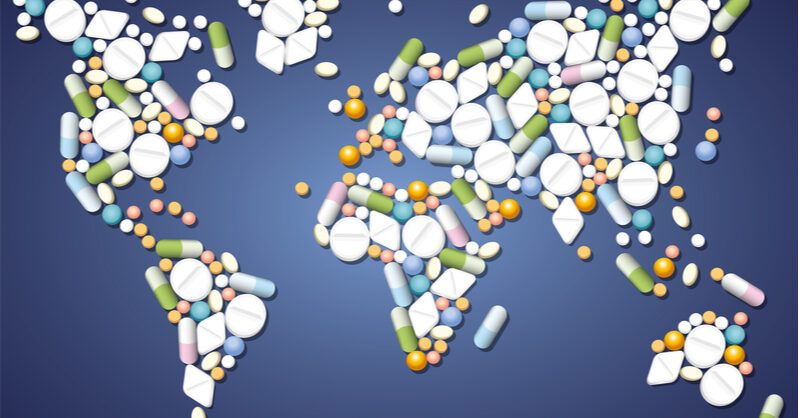 Pharmaceutical companies have always been an important investment for governments to be able to provide the best healthcare and treatment to their citizens, but due to the covid pandemic, the importance of maintaining the utmost quality and the urgency of developing medicines have propelled the pharma industry into the stratosphere. Some pharmaceutical organizations have annual budgets higher than that of small countries.

The money required is utilized for R&D, marketing, licensing, and clinical trials. The monetary needs of the pharma industry are most of the time government-aided or are fulfilled by a private board of investors, or in seldom cases, are public-funded.

Like all autonomous and private organizations, pharma companies have the freedom to dictate the prices of their drugs as they see fit, and since it is the healthcare sector, there are lives at stake which puts these pharmaceutical companies in a position of supreme authority and power. Hospitals, governments, NGOs, Insurance companies, all of them have to more or less succumb to the demands of the pharma companies as they control the supply of highly valuable drugs.

Earning profit is not a crime. It is natural for even pharma companies to want to earn profits so that they can invest in technology and R&D and come up with solutions for more problems through their medicine. The sad part is that the pharma industry is no longer driven to find cures for the sick but solely by monetary incentives and the need to earn profits for their investors. The primary focus of many companies has shifted from saving lives or helping people to earn more than they used to.

Let us look at an example of the moneymaking front of the pharma industry in the case of Martin Shkreli.

A major distributor and supplier of the essential drug Daraprim, which is used to treat malaria and infections caused by HIV, Shkreli hiked up the price of Daraprim from $13.50 to $750. He did this after cutting off his competition. He allegedly used his relations with certain FDA (Food and Drug Administration- the government body that is supposed to grant clearances and medical approval to pharma companies) members to block off the supply of raw materials to his competitors so that they couldn’t manufacture enough quantity of Daraprim to even apply for Licensing and Approval to the FDA. Through some supply agreements, he shut off the access of an active ingredient of Daraprim to fellow competitors.

On being detained and presented before the court of law, he said that he does not regret the decision as his job was to earn maximum profits for his board of investors. He presented the argument that they were the sole manufacturers of Daraprim and as per the law, they are allowed to hike up the prices as and when they see fit. Using loopholes like these, he was temporarily cleared of all charges, but in the court of public opinion, he was the most hated man in America at that time. Later, he was arrested for stock manipulation and securities fraud and was sent to prison. He was fined a total amount of 64 million dollars and is banned from working in the pharmaceutical sector at any position.

That is just one example of how the money-driven nature of the pharma sector can be the boulder between a patient and the treatment they need to survive. If not Shkreli, then someone else would be hiking up the prices.

The problem lies in the distribution of power in this sector. Most of the business is consolidated by a select few pharma giants, who either acquire, are major shareholders of, or straight out buy their new and upcoming competition.

For instance, the Swiss pharma giants Roche and Novartis have acquired multiple smaller companies with the latter having an annual turnover of $45 billion. American giants Pfizer and Johnson-&-Johnson have acquired dozens of rival firms to expand their business. French company Sanofi has acquired more than ten rival companies from Europe and North America.

The process of consolidation is common in most industries. This is how companies establish a monopoly and control the demand and supply of certain goods or products. But this scenario in the pharma industry poses a threat as these companies together consist of what we refer to as the “Big Pharma” in the world of healthcare. The medicine and healthcare-related decisions made by international organizations or even governments are heavily influenced by the Big Pharma companies as they control the chain of demand and supply of many drugs. In such a situation, there will arise certain incidents when the government drafts a policy keeping the pharma company’s profits or interests in mind instead of the public health.

As these companies start building their empire, their reputation, image, and their track record become their selling points and companies will do anything to preserve their reputations. In many incidents, pharma companies have downplayed or even straightaway denied certain side effects and failures that occurred during the clinical trial phase of drug development. These side effects have been the reason behind the death of a lot of individuals. Only through rare cases of whistle-blowers or the company facing a lawsuit are the side effects revealed.

The main reason behind such practices is the method of inspection. In the US, the FDA, which is the primary body responsible for conducting clinical trials and approving medical clearances to new drugs, worked on the principle of user fee. Pharma companies paid the FDA to test and approve the drugs. In such a situation, where pharma companies were the primary source of income for the FDA, it was almost impossible for the FDA officials to admit a fault in the drug. A lot of pharma companies paid extra money unofficially which softened the FDA even further.

To change this, the US came up with a joint funding system. Now, 55% of the FDA’s funding comes directly from the federal budget, which is a ‘No-Strings-Attached’ government funding. The rest of the forty-five percent is still user-dependent. This is a good first step towards increasing the transparency and the accountability of the authorities responsible for making sure these drugs are safe for public use.

In India, there was a huge scandal in 2013 involving the Indian pharma company Ranbaxy. Ranbaxy was founded by Bhai Mohan Singh and was managed and carried forward by his family. In 2008, the brothers Shivinder Singh and Malvinder Singh sold the company to Japanese pharma Daiichi Sankyo. The Japanese company on inspection suspected that the brothers had withheld certain information about the finances of the company. They were also suspected of using low-quality ingredients instead of the required quality to save expenses, but the company in its reports stated that they did no such thing and there were no side effects to their drugs. Later on, a former employee turned whistle-blower, Mr. Dinesh Thakur, came forward with the truth. The company was, in fact, using low-quality materials which may have caused serious side effects or even the deaths of patients worldwide. Furthermore, the brothers were embezzling money from the company. They had embezzled up to $330 million from the company. On confrontation, they denied all the charges, and the matter was taken to an international court. Singapore tribunal found the Singh brothers guilty and ordered them to pay $550 million as a fine to the Daiichi Sankyo. Ranbaxy is currently owned by Indian company Sun Pharmaceuticals, with Daiichi Sankyo having an 8% stake in the company.

Such has been the power struggle between pharma companies. The industry which was designed to find cures for diseases, to create a healthy population, and provide medical aid, has become a means to earn money for capitalist individuals. Earning profits is not a criminal activity, but earning profits at the cost of people’s lives is. The pharma sector needs to evolve and re-evaluate its priorities.

Nowadays, with advanced technology, science is figuring out ways to cure new diseases every day. Let us all work together towards creating a healthier and better world. No amount of money is worth a single person’s life.