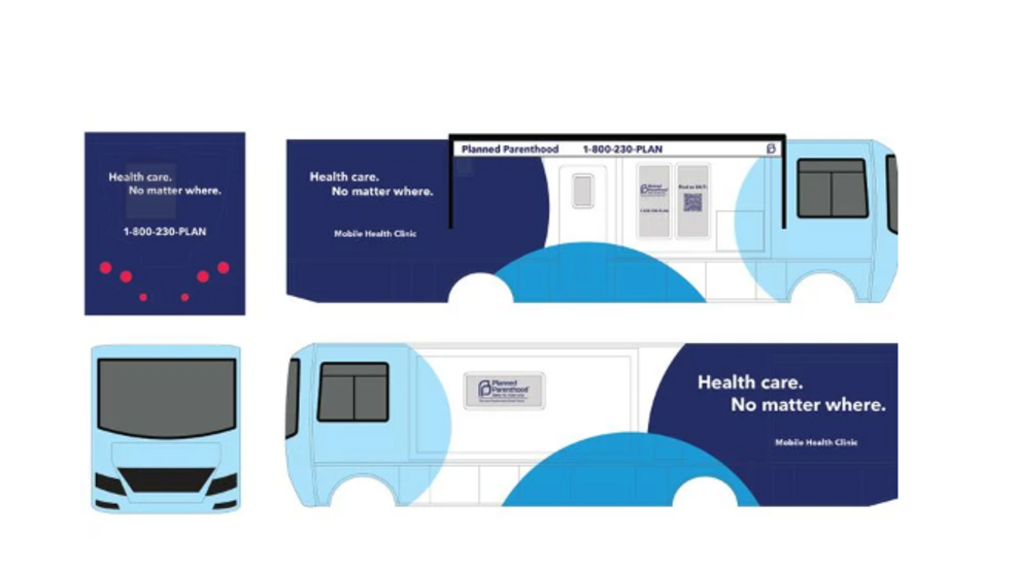 A rendering from Planned Parenthood shows the design for a new mobile clinic expected to begin providing abortion pills in Illinois by the end of the year.

It has been over 100 days since the U.S. Supreme Court decision overturning Roe v. Wade and as result particular states provide patients the services they’re in search of. Illinois has become a safe haven state for many patients from the Midwest and South who are unable to get abortions in their home states.

Fairview Heights, Illinois, is across the state line from St. Louis. Missouri holds a large  clinical practice that was built in 2019, fearing the possibility of post-Roe. This area also has some of the strictest abortion laws before Dobbs v. Jackson Women's Health Organization decision.

President and CEO, Yamelsie Rodriguez, of Planned Parenthood of St. Louis and Southwest Missouri Region have said waiting time at the Fairview Heights location rose due to patients traveling from other regions. Leaders of the Planned Parenthood office said that any abortion appointment will result in a waiting period of four days to two and a half weeks.

To alleviate some aid from this location there will be a mobile clinic set up.  Which will travel near the border states of Missouri, Kentucky, and Tennessee.

office. “This will make a dramatic impact on their access.”

This transition into becoming mobile is expected to be done by this month, but it will fully operate by the end of the year, according to Rodriguez.

In the mobile clinic, there will be a patient waiting area, a lab, and two exam rooms. Planned Parenthood is fully invested in providing surgical abortions at the clinic after a few months but is aiming to focus on providing medication for abortions up to 11 weeks of gestation.

McNicholas did confirm the same protocols for patients visiting a permanent Planned Parenthood facility aligned with the mobile clinic.

Mifepristone is the first of the two-drug protocol medications that the mobile clinic will be providing for their patients that are approved by the Food and Drug Administration (FDA) - only on-site. Afterward, there is the offering of counseling and consultation about the second drug, misoprostol, which is taken later.

Mass Loneliness In The Modern Age