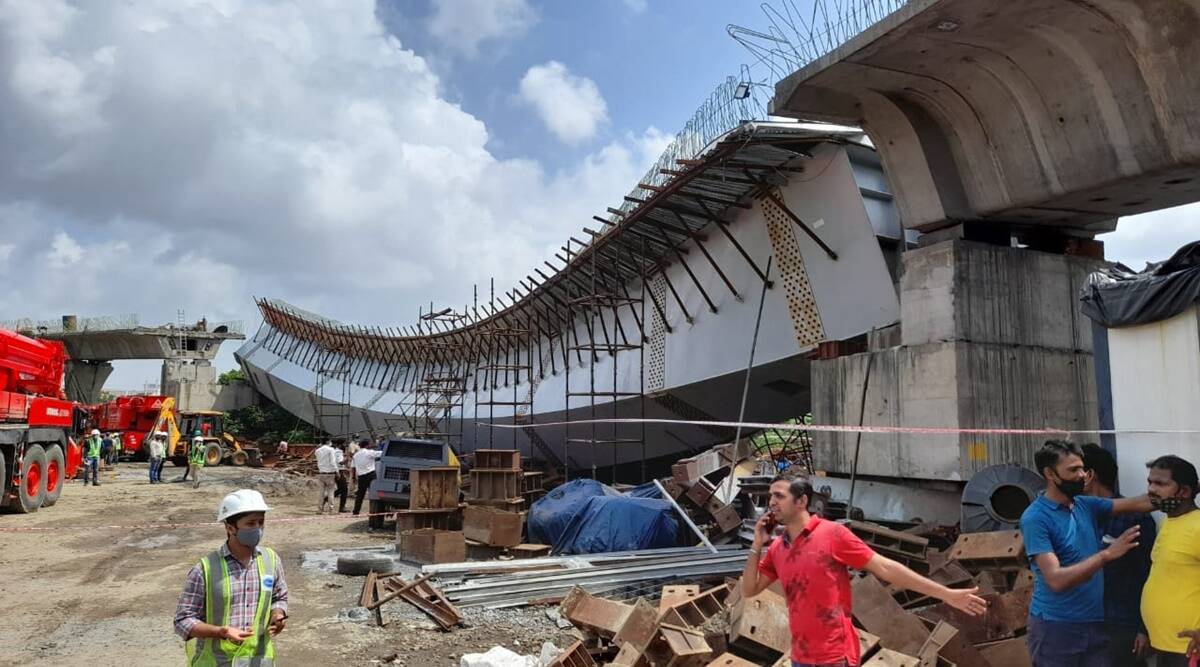 On 17th September, not less than 14 people are injured after the flyover that was under construction collapsed in Bandra Kurla Complex (BKC) in Mumbai.

Officials reported that a part of the bridge that is being constructed on the Santacruz-Chembur Link Road (SCLR) collapsed around 4:30 am. This bridge was being constructed by Mumbai Metropolitan Regional Development Authority (MMRDA) to ease the regulation of traffic on the east-west link. The under-construction structure was primarily proposed to reduce the congestion in the BKC area, one of the busiest business/corporate locations of Mumbai.

According to Times Of India (TOI), among the people who sustained injuries, most were workers present at the site during the mishap. A total number of 24 workers, two engineers, and two supervisors were in attendance at the time. At the time of the incident, when one of the girders of the flyover collapsed, many worked on the structure jumped in time while some of them were not able to escape in time, hence got trapped under the structure.

Fire brigades and city police rushed to the spot as soon as they were notified about the accident and the injured were rescued and taken to V N Desai Hospital in Vile Parle. Although the officials believe that no one was trapped under the debris, an inspection is in place to confirm the same.

Manjunath Singh, DCP (Zone 8) stated, “A portion of an under-construction flyover connecting BKC main road and Santacruz–Chembur Link Road collapsed around 4.30 am. Thirteen people have sustained minor injuries and have been shifted to a hospital. There is no loss of life and no person is missing.”

The Brihanmumbai Municipal Corporation (BMC) later confirmed that 14 people were indeed injured, but their conditions are stable.