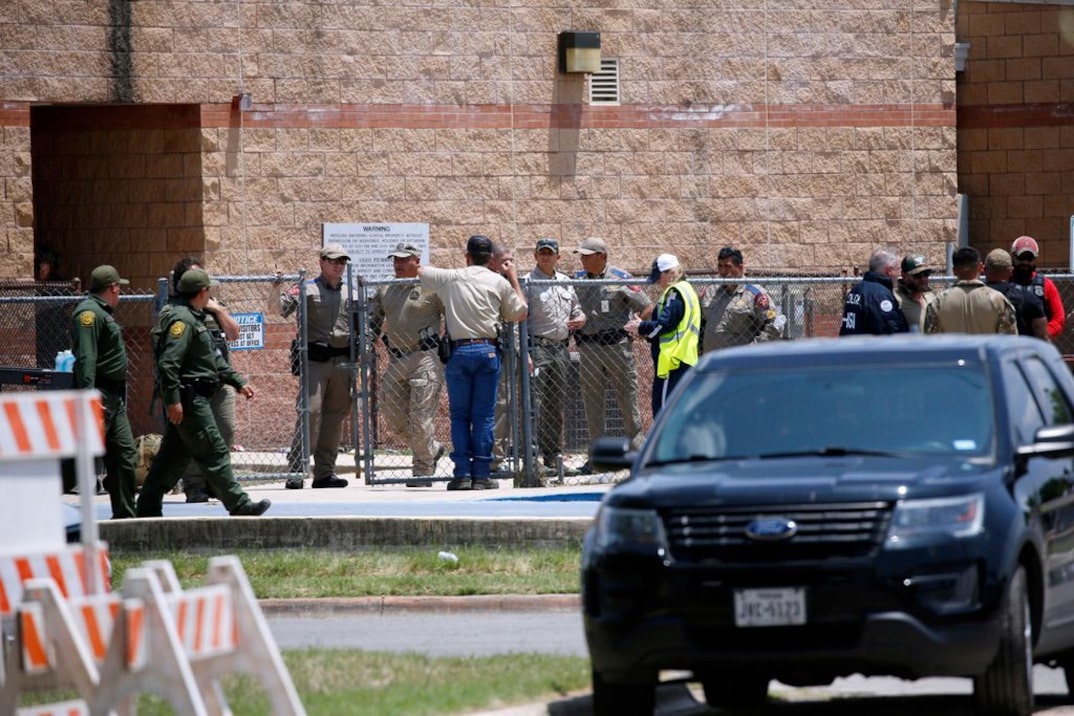 UVALDE: At least 19 students and two adults died in a mass shooting at Robb Elementary School in Uvalde, Texas, according to reports from the Texas Department of Public Safety, the Uvalde County Police Department, and state officials. The suspect, 18-year-old Salvador Ramos, shot 19 students and one teacher with an AR-15 assault weapon, injuring countless others in the process. In the wake of a rise in tragic mass shootings and domestic terrorist attacks across the United States targeting minorities and underrepresented groups, this is yet another unprecedented tragedy in a nation reeling from the effects of gun violence. Survivors of the attack are currently being treated at Uvalde Memorial Hospital, with a 10-year-old girl and a 66-year-old woman currently in critical condition at San Antonio’s University Health System.

Police released information confirming that 18-year-old Salvador Ramos of Uvalde, TX was the perpetrator of the school shooting. Police say that Ramos first shot his grandmother, who is thought to be in critical condition. After he shot his grandmother, Ramos was reported driving a vehicle to the elementary school and crashing the car in an undisclosed location. Authorities then stated that Ramos entered the school and opened fire with what appeared to be an AR-15 assault weapon, also carrying other unidentified weaponry while wearing bulletproof armor. According to various reports from CNN and NBC News, Ramos acted alone and was shot dead in a shootout between himself and authorities called to the scene.

Although the names of the victims are still unknown, each of the children killed was aged 7–10. However, the identity of one of the two adults killed is known. According to her aunt, the elementary teacher, Eva Mireles, was an educator who taught fourth grade at Robb Elementary School for 17 years. She had been attempting to defend the students when she was killed by the following shooting. Additionally, a Border Patrol agent present at the scene of the shooting was wounded by Ramos, though his condition is unknown. Many of the children killed or injured are currently hospitalised throughout Uvalde and elsewhere, with authorities from Border Patrol, the Uvalde County Police, and Texas State Rangers. Finally, evidence has surfaced showing that the perpetrator of the event posted subliminal messages to social media, forcing Meta to shut down his account, although the evidence hasn’t been made final.

Police say that Salvador Ramos acted alone in the attack and died after killing countless people. The shooting at Robb Elementary School in Uvalde, TX, is the deadliest school shooting in the United States and the biggest in recent memory, since the Marjory Stoneman Douglas shooting in 2018 that led to the deaths of 17 students and teachers while injuring 17 others. While Congress has introduced gun control legislation multiple times, most bills that would introduce concepts such as red-flag laws and necessary government background checks have yet to pass the Senate.

Politicians across the United States on both sides of the aisle have spoken in grief about the events that have transpired in Uvalde, TX. Speaking to the Senate, Connecticut Senator Chris Murphy said of the shooting a particular flashback to the Sandy Hook shootings in his state, exclaiming, “What are we doing?” There have been more mass shootings than there are days in the year. “Our children are terrified.” Senator Murphy lashed out at his Republican colleagues, criticising their inaction and allegiance to the American gun lobby in the face of this horrific event. In similar remarks, President Biden called on Americans to mourn the loss of the children killed at Robb Elementary School, questioning, “When in God’s name are we going to stand up to the gun lobby?” in statements that also referred to previous shootings such as the one at a grocery store in Buffalo, New York, and the attack on Taiwanese worshippers at a church in California.

While standing in solemn with the state and nation, Texas Governor Greg Abbott has been criticised by many for refusing to pass meaningful gun legislation that would protect the lives of children across the state of Texas and the entirety of the United States. A nation stuck in mourning continues to grieve as more and more details emerge about the horrifying and traumatising events of today’s mass shooting in Uvalde, Texas.