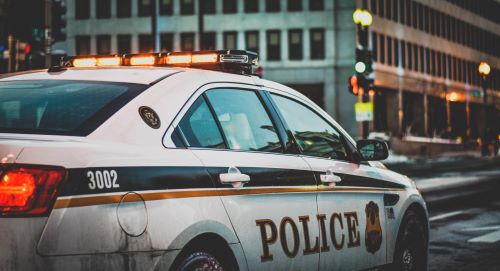 Now that we have entered a new year, several news articles have surfaced stating 2022 to be one of the deadliest years for police violence. At least 1,176 people were killed in 2022 by law enforcement officers in the United States, which is the highest it has been since 2013. According to the non-profit, Mapping Police Violence, that’s 36 more people than in 2021, who have lost their lives to the police. Of the 1,176 people, 287 were Black which is 24% of the total number of police killings. US Census data show 13.6% of the population is Black.

Within the first week of 2023, news of police using excessive force on Black people has already surfaced. Keenan Anderson, a 31-year-old high school teacher, and father, was trying to get help after a traffic collision when he was chased, held down by multiple officers, and tased for over 90 seconds as he begged for help. Through body cam footage that was released, we see officers push him onto the ground, use their body weight to restrain him, and one of the officers puts their elbow across Anderson's neck. Anderson died in the hospital four hours later after appearing to suffer cardiac arrest.

“The majority of these killings began in response to a mental health call, a routine traffic stop, a non-violent offense, a disturbance, or a situation where no crime was alleged,” said Samuel Sinyangwe, the founder of Mapping Police Violence. Sinyangwe states: “creating alternative community-based responses could contribute to reducing police violence and saving lives.” Reform is necessary; the system we are currently using only benefits a small portion of the American people. Some of these community-based responses include having specific specialized individuals for situations that don’t involve crime, like a mental health call.

While this is devastating, it is important not to lose heart, as police violence has decreased when compared to past decades. For example, in New York City from 1970 to 1974, police shot and killed an average of 62 people per year in a population of 7.5 million people, according to data compiled by Peter Moskos, a professor at the John Jay College of Criminal Justice. Even with a rapidly growing population reaching 8.7 million people, the number of people killed in New York City from 2015 to 2021 averages at about 9 people a year. This study also shows Los Angeles’ gained one million residents but the annual average was cut in half and declined from 30 people killed to 15. In Detroit, the number of people killed went from 26 to four, and Chicago ranked an unenviable second to New York at 43 people shot and killed yearly by police. Last year, there were eight.

However, this information is not surprising as the early 70s were not far off from 1964, the year the final state, South Carolina, desegregated its public school system. The weight of slavery and segregation continues to affect marginalized communities in America, especially in predominantly White areas as they are much more likely to have racial biases. White police officers are five times more likely to use their guns in a Black neighborhood than Black police officers. Police officers should not be able to exhibit their racial biases by killing people who aren’t of their race. We see the effects of slavery in America’s injustice system which continues to jail more Black men than White people for the exact crimes. Along with a legal system that allows Black voter suppression, housing restrictions, and education policies, that continue to make life harder for Black people than White people in America.

There are certain tactics and methods of reform that are working. Police departments started using body cameras in 2014, and through several studies, they have proven to be promising. They also get more people involved when police footage is released and it helps hold cops accountable. The National Institute of Justice has reported that six body-worn camera programs have shown promising results, including a statistically significant reduction in police use of force in Rialto, California; and Las Vegas, Nevada. Activists want police to take accountability for their actions and only use excessive force when someone else is actually in danger of bodily harm. “The job of the police is not to kill people. There is no scenario where the police should be denying anyone the right to a fair trial.” writes activist and author, Sophie Williams on Instagram. “There is no scenario where police should act as executioners, deciding who lives and dies.”