24 dead, male suspected to start the fire at Osaka Medical Clinic in Japan 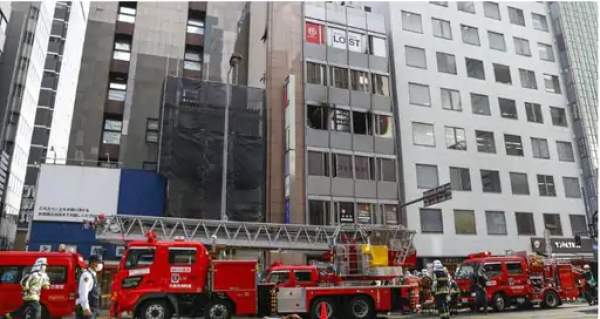 A fire broke out around 10:20 am on Friday. It was an eight-story Medical building that specializes in Psychosomatic medicine and Psychiatry. And fire began on the fourth floor where 28 people were found stuck.

When the fire extinguishers arrived they resuscitated three people from the building and the other 24 people were under cardiac arrest. All of this ended around 10:45 am burning an area of approximately 25 square meters in 30 minutes.

Moreover, in Japan, it is said that until the doctor doesn’t confirm the death of the patient, he/she is considered to be under cardiac arrest and pulmonary arrest.

After hearing the news Osaka Prime Minister, Fumio Kishida, offering condolences said, “We must get to the root of this terrible incident. It is necessary to clarify the cause and course. And we must take measures to prevent them same thing from happening again”.

Along with the Prime Minister, Osaka Governor, Hirofumi Yoshimura, offered condolences to those who died in the fire and said, “ I’m praying so that as many lives as possible can be saved".

The cause of fire was not known immediately but Japanese Media said that a man in 50s or 60s was holding a paper bag with liquid leaking and so Police suspects the fire was started deliberately and can be hiding among the injured.

Public Broadcaster NHK and other major Japanese Media reported that most of the victims were believed to be the visitors at the clinic on 4th floor.

Furthermore, there were witnesses who confessed what they have seen to police authorities. And one of the witnesses said that she heard women’s voice coming from the 4th floor calling for help.

Another witness who was 74 years old told he saw flames and smokes coming out of windows from that floor after he stepped outside hearing the commotion.

The third witness nearby the clinic said that the fire started soon after the man put the leaky bag next to a stove on the floor and then kicked it with more liquid pouring out. This confession is a considerable clue to law enforcement agencies as it allows them to go deeper into the investigation to prove that it was an arson attack rather than an accident. And if it's an arson attack, why would someone do something so ruthless and cruel?

Answers to these questions will only be received after the investigation is completed. This certainly takes time.