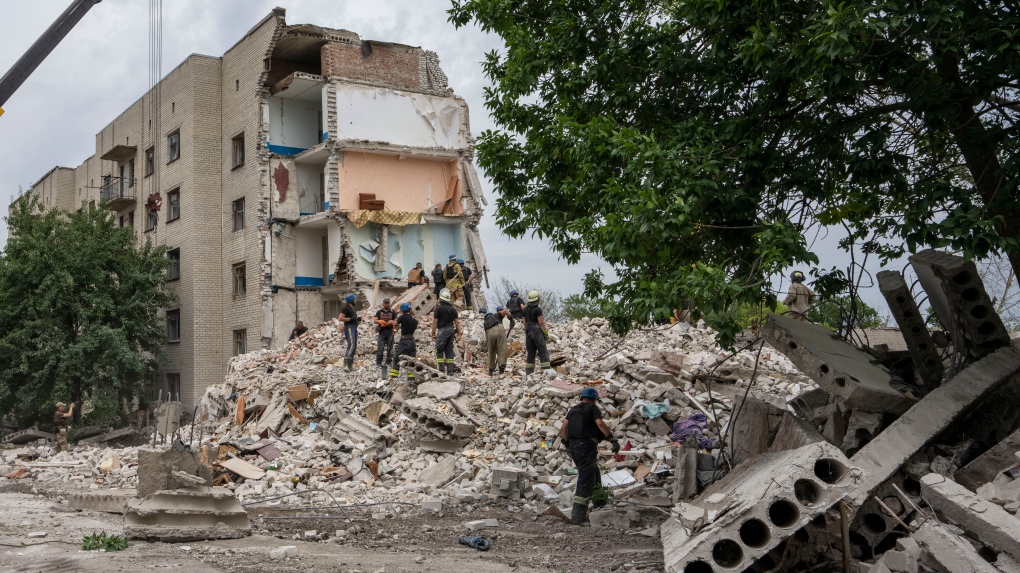 The war between Ukraine and Russia continues to rage on and news developments continue to report on the numerous tragedies that have befallen the Ukrainians since the beginning of the conflict. Sadly, the most recent development is Russian rockets destroying three apartment buildings in Chasiv Yar, a town of 12,000 people in the northern half of the Donetsk province. The bombings sent shock and terror into the hearts of the citizens who were having a relatively normal Saturday, until the deaths of the innocent started to pile up.

During the bombing, 15 people died and 20 others were missing and presumed dead. Most of the deaths were a result of buildings that crumbled and toppled over, crushing bystanders near the epicenter of the missile attacks. The attacks left all the buildings hit needing complete demolition. There are still at least 20 people missing, and it is completely possible that they are still trapped under the building’s demolished rubble, potentially alive or dead.

After the attacks, rescuers came to the scene and started to help the residents and survivors of the attack by moving dangerous debris and giving medical assistance to those in desperate need. They bravely went into the smoking and burning rubble that was once a home for dozens and did their best to save those suffering in the pouring rain.

Russia boasted about their recent efforts in this war and said that they are still doing what is legally their right. They are trying to reclaim what they believe to be their territory. Furthermore, the Russian military forces state that they will continue their conquest of land which they believe Ukraine has held unrightfully. However, the UN and multiple other states lend their support to Ukraine to end this ceaseless war between the two Eastern European states.

As of right now, there still doesn’t seem to be an end in sight for the conflict, but with all the support from different states, it seems likely Ukraine will remain a sovereign nation, free from the oppression this war with Russia brings them.