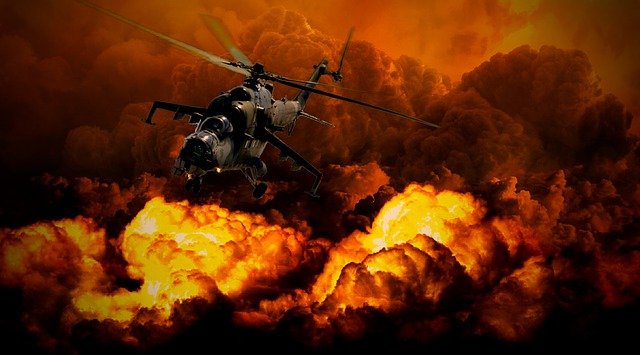 On 24th January two missiles fired by Yemen rebels on Saudi Arabia were intercepted scattering the shrapnel in an industrial area of Dhahran, Saudi Arabia. The coalition forces of United Arab Emirates and Saudi Arabia, cracked down on the rebels by blowing up their launchpad in Yemen. UAE’s F-16 fighter jet was deployed immediately after the missiles were intercepted to destroy the rebel’s missile launcher in Al-Jawf in Northern Yemen. The Saudi countries seem to have entered a new phase of hostilities with these attacks.

Last week, Yemen rebels killed three Saudi residents in a drone and missile attack leading to a series of fatal airstrikes on the poorest Arabic country, as a retaliation by the coalition. Two missiles were then fired by Yemen on Saudi Arabia with two people wounded in Jazan. Another rebel missile over Dehran-al-Janub was intercepted by Saudi Arabia.These strikes and counter strikes are suspected to increase in the coming days, destroying more property and taking more lives on both sides of the borders.

Why is there a war?

Yemen witnessed an uprising in 2011 ousting the then authoritarian president, Ali Abdullah Saleh. The power was handed over to his deputy Abdrabbuh Mansour Hadi. Hadi had to deal with a myriad of problems confronting the country including food insecurity, unemployment, rampant corruption in the Government, maintaining fealty of army and security personnels topping all this with a growing separatist ( Jihadist) movement in the south of Yemen.

This separatist movement is the Houthi movement of Yemen, formally known as Ansar Allah or the Partisans of God. They were triumphant in taking control over some parts of Yemen, in the reign of a weakened Government. The Houthis championed Zaidi Muslim minority of Yemen and garnered support of many native Sunnis in the late 2014 and initial 2015. The meticulously planned rebellions against President Saleh over the span of a decade eventually seizing the northern heartland province of Saada in 2014.They then, with the backing of Iran, took control of the capital city Sanna in 2015.

The Houthis and the once loyal security forces of President Saleh joined hands to form a new Government in Yemen. Saleh had escaped the country to exile by then These new developments in Yemen were perceived as a threat to the Sunni world. Saudi Arabia and 8 other Sunni countries formed a coalition and vigorously campaigned to end Iran’s influence and a Shia Government in Yemen.

The coalition gathered support from the west (UK. US. France) in the form of logistics and intelligence. In 2015, Saudi Government was confident that the conflict will stay only for a couple of weeks. The confrontations have entered the seventh year and have seemingly refuted in its vigor.

In August 2015,the coalition troops landed in the south of Yemen, in the port city of Aden driving most rebels out of the area but the capital city Sanna and much of North West are Houthi strongholds. They killed the former President Saleh in 2017 blaming him of silently supporting the Sunni Coalition. In 2018, the coalition launched an attack to capture the port city of Hudaydah. This escalated the war on both sides, reaching no conclusion. After six months a cease fire agreement was signed. The coalition agreed to back off from Hudaydah and Houthis had to leave the city of Taiz. A part of the agreement also established a prisoner releasing mechanism through which hundreds of war prisoners were released. This phase of the war was a huge humanitarian catastrophe.

In 2021, the Houthis resumed the conflict by recapturing the city of Marib, an oil rich province and the capital of northern Yemen, earlier a stronghold of Houthis. Fearing another tribulation, United Nations intervened to save the lives of about two million civilians residing in the Marib if the war catches intensity again.

For the past six years, President Hadi has been operating from the southern city of Aden, facing a constant terror from Houthis in the North. Meanwhile the Houthis have leveled up their missile technology. The US constantly accuses Iran of smuggling sophisticated warfare technology like rocket propelled grenade launchers, in violation of the UN arms embargo. Iran denies any such allegation. There are fumes elsewhere too. A separatist movement has been shaped in Southern Yemen by Southern Transitional Council posing as an additional woe to the Hadi Government.

The recent happenings suggest that the UN may not deter an all out war anymore. In 2021, according to UN reports, 233,000 war affiliated deaths have occurred, The number including 131,000 from lack of food, infrastructure and health services. The dire situation could get worse claiming hundreds and thousands of more lives if not stopped.

How Did The Russia-Ukraine War Spook Global Financial Markets?