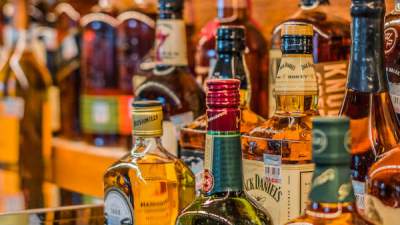 In the backdrop of the death of at least 11 people consuming liquor in Mandsaur and Indore recently, the Madhya Pradesh cabinet on Tuesday approved amendments to the State Excise Act under which capital punishment is issued in the cases of death caused by the drinking of spurious liquor.

The state home minister Narottam Mishra said that the choice to approve the Madhya Pradesh Amendment Bill 2021, which also incorporates a provision of up to 20 lakh rupees fine, was taken during a cabinet meeting and becomes a law once approved by the state legislative assembly.  “To increase the penalty and punishment imposed on various types of crime under Amendment Act, the cabinet approved the amendment under section 49 (A) of MP Excise Act,” informed by Narottam Mishra.

The Madhya Pradesh cabinet has approved the MP excise amendment act 2021 prescribing corporal punishment and life imprisonment to the cases associated with deaths because of spurious liquor. The home minister of the MP state told reporters that the amendments are made to restrain crimes associated with the illegal liquor trade and deaths caused because of spurious liquor. Under this law, convicts are sentenced to jail of 5 to 10 years in cases associated with deaths due to consumption of spurious liquor. “This law is being made more stringent through this amendment,” further he added. He said that in the cases of physical damage caused to victims, the penalty has been increased from 10 years to a maximum of 14 years, additionally to fine up to 10 lakh rupees.

“In case of seizure of spurious liquor, the imprisonment term has been increased up to 6 to 10 years from the present six months to maximum four years,” stated the Madhya Pradesh home minister. The amendments also include that people who attack the police authority and Excise department teams are going to be arrested without a warrant during the illicit liquor case. The duration of punishment is increased in several other provisions in this amendment act to avoid the trade of illegal liquor and to safeguard the lives of individuals, he said.

Furthermore, the regime has decided to permit the heritage status to liquor made from Mahua flowers to bring it in within the activities that are shared by the bulk of individuals. The whole process of manufacturing and sale of liquor is going to be framed by the state department and this can encourage the business of small-scale industries of Mahua liquor, informed the State Home Minister. Also, a giant initiative by Madhya Pradesh has been taken to prevent the smuggling and illegal trade of spurious liquor by fixing QR-coded holograms with over 20 safety features on alcohol bottles.

Talking to Twitter, Madhya Pradesh Congress president Kamal Nath said the regime should show a “strong will” to act against the liquor mafia. Mafia can never be prohibited only by making laws. Implementation of the law is incredibly necessary and for that, the government should be strong-willed. Further, he added the government has been talking about the laws regarding the protection of girls for years, but even today they are not safe within the state.

Madhya Pradesh: A Ray Of Hope Is Observed, As IIT Indore Is All Ready To Bring Back Students And Resume Their Classes In Offline Mode