A Historic Day In The Supreme Court Of India 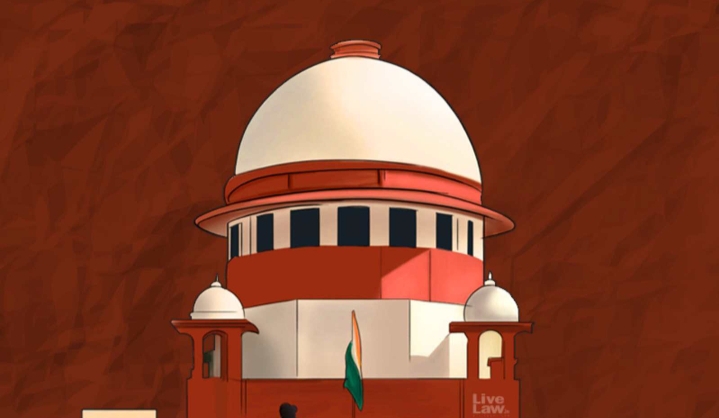 On Tuesday, August 31 N.V . Ramana, the Chief Justice of India (CJI) read out the oath of allegiance to nine new judges of the Supreme court of India. This leaves only one seat vacant in the Apex Court registering the day historic in many terms. It was the first time the apex court witnessed these many appointments taking place altogether. And was also the first time when the oath ceremony was telecasted live, which would usually take place in the chamber of CJI. The nine judges appointed have three women which is yet again a historic momentum to be cherished and applauded.

Women in the arena of the judiciary

The three women justices are Justice B.V. Nagarathna, who is also going to be the First CJI of India in 2027. She elevated from being the Justice of Karnataka High Court. She is the daughter of yesteryear Chief Justice of India, Justice E.S. Venkataramiah. She completed her Undergraduate from Jesus and Mary College of the University of Delhi and then went on to pursue law from the Faculty of Law, Campus Law Centre, DU. She has had involvement in various areas of law and justice like arbitration, land acquisition, family law, administrative law, constitutional law et cetera. She started her career in the year of 1987 in KESVY and has always voiced her views and judgements for women’s justice and rights.

Justice Hima Kohli is the second woman judge who has been appointed to the Supreme Court of India. She was the Justice of Telangana High Court also elevated to Delhi High Court Bench in 2006. A history student from St. Stephens College, University of Delhi and law student of Faculty of Law, she was in the news when she refuted the Telangana government for not allowing patients from other states to get admitted in hospitals amid COVID-19 recently.

Justice Bela M. Trivedi is the third woman to be appointed this day. She is the first woman from Gujarat High Court to be appointed to the Supreme Court. She is the only justice who has also worked in the sessions and civil court. She had been the Additional Judge in Gujarat and Rajasthan High court.

A Look at The Other Judges Appointed

Justice P.S. Narsimha was elected from the Bar of the Supreme court. He was the Additional Solicitor General of India. He had appeared in the Ayodhya title dispute and was also appointed as Amicus Curiae for the BCCI disputes to be solved in the recent past. Jallikattu case saw the arguments by justice Narsimha. He played an important role in the two-state row of Mullaperiyar dam between Kerala and Tamil Nadu.

Justice M.M. Sundresh was a judge of Madras High Court before getting appointed. A graduate from Loyola College in Chennai he went on to complete his Law at Madras Law College. After that, he practised as a government lawyer between the years 1991 to 1996. He got appointed as the judge of Madras High Court in 2009. He is known for his just judgements and faith inequality.

Justice Abhay Shreeniwas Oka was the Karnataka High Court Chief Justice in 2019. He is a science graduate and law student from the University of Bombay. He was prominently known for his Public Interest Litigations (PILs) as he practised in Thane District Court. He was elevated to Bombay High Court Bench in 2003. During the Pandemic his bench played an important role in providing shelter to migrants in the COVID-19 pandemic.

Justice Vikram Nath was Chief Justice of Gujarat High Court in 2019 with his legal career beginning from the year 1987. He got promoted to Allahabad High Court Bench in 2004. He is said to have initiated the live streaming of Gujarat High Court proceedings. His bench also held that the provisions of the Gujarat Freedom of Religion Act 2021 will not apply against couples of interreligious faith. He has been a great advocate of personal liberty. He also expected to be CJI In Future.

Justice Jitendra Kumar Maheshwari was Chief Justice of Andhra Pradesh High Court and Sikkim High Court. He studied law at Jiwaji University in Gwalior. He specializes in civil, criminal, constitutional and tax laws. He got elevated to Madhya Pradesh High Court in 2005.

Justice C.T.Ravikumar was in Kerala high court. He rose from a humble background, his father was a Bench clerk in a magistrate court and he studied law from Government Law College, Kozhikode in Kerala. He became a Kerala High Court Bench member in 2009 and is said to believe in speedy trial and justice, as was witnessed in SNC Lavalin Case.

The historic oath ceremony took place in the auditorium of the court’s new complex. With the judges pledging to do justice to their profession and the people of this country by the means and laws of the constitution of India.

WHY ARE MEN SCARED OF FEMALE SEXUALITY?