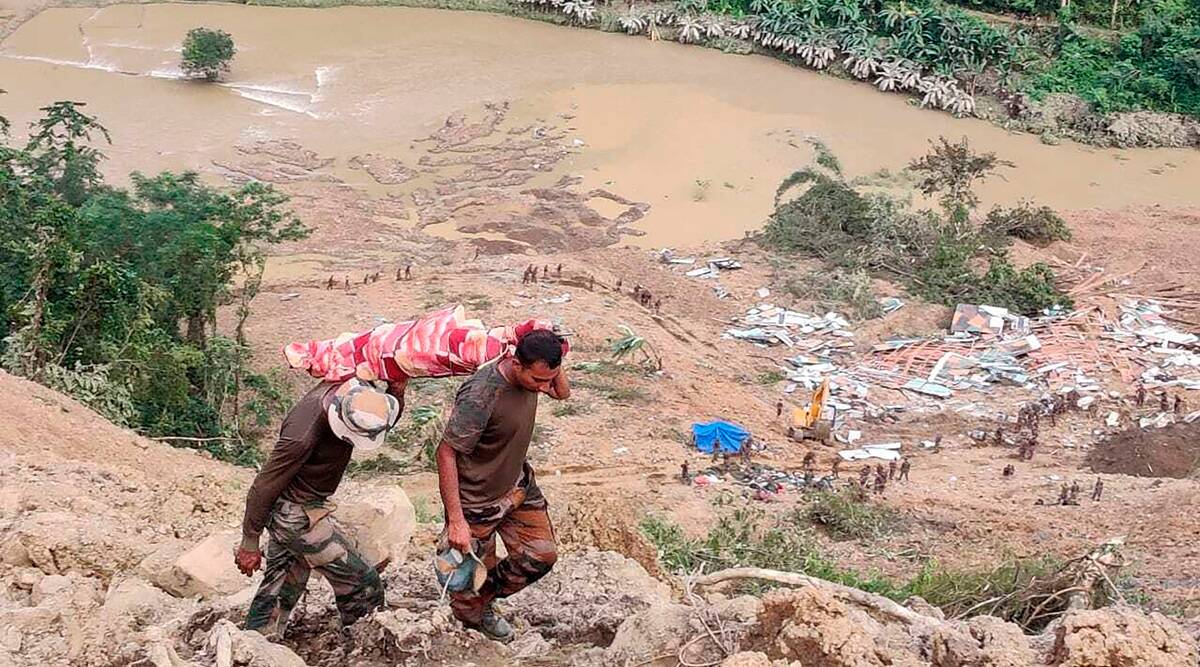 Two states in the North-East of India named Assam and Manipur have been facing severe floods since May. These floods caused a large landslide that happened on the night of 30th June 2022. As a result, 221 people were confirmed dead. The number of injured people is rapidly increasing.

In Assam, 179 became victims of the flood. Over 5 million people were affected by the disaster in different ways. They lost their homes or family members, were forced to migrate, or faced serious health problems. More than 200 000 people had to evacuate from the most dangerous zones.

Assam’s neighbor – Manipur – currently struggles with the same problems. According to reports by BBC, in this state, not far from a developing railway line, 42 individuals lost their lives because of a landslide. These victims include 27 military workers, engineers, construction workers, and residents. The flow of rocks and mud razed all buildings in the residential area to the ground.

Moreover, approximately 23 more states report having high levels of water. More than 15 000 villages and small cities lie in flooded areas. Additionally, over 32,4 million hectares of various states' territories have been inundated with water; nearly 138 000 were destroyed or damaged.

Currently, military and police representatives, along with volunteers, are working in these dangerous areas. They try to clean out the results of the landslide and look for survivors. They managed to rescue approximately 20 people. Additionally, India’s prime minister promised to help the regional authorities in every possible way.

These natural disasters and corresponding losses were caused by heavy monsoon rains that the Northern regions of India have recently been experiencing. Although southern states are usually more affected during these seasons, this year, the focus shifted to the northern parts of India. Four states – Assam, Manipur, Tripura, and Meghalaya – seem to be the most dangerous areas in terms of weather conditions.

The weather forecasts suggest that in the nearest few days in India’s north-eastern regions, the levels of precipitation will remain high. The average daytime temperature will maintain its level and show from 32 to 35 degrees Celsius.

Generally, the period of monsoon rains lasts from June to September. This year, the season is expected to continue until October 6. Therefore, stronger floods and more landslides can be predicted.

The Rise In Malaria Cases Puts Pakistan In A Dangerous Situation