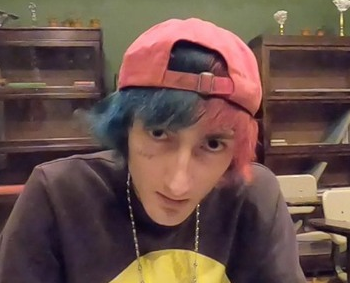 The man responsible for the Fourth of July massacre in July 2022 pulled a sick joke on the newspaper “The New York Post” staff by making a prank phone call.

In Highland Park, Illinois, Robert Crimo II shot and killed seven innocent people on July 4, 2022. On New Year's Eve, Mr. Crimo called a reporter from The New York Post and preceded to pull what is known as the “is your refrigerator running” prank.

After Mr. Crimo pulled the prank, he hung up immediately without further comment. According to the Post, they offered Mr. Crimp an interview back in December 2022 but never got a clear yes or no answer.

A survivor of the massacre heard about what happened and spoke to the post and stated that the instance clearly shows Mr. Crimo “doesn’t have any respect for life and people in any way, shape or form.”

On the day of the shooting, Mr. Crimo made his way to the roof of a nearby business from where the parade was happening and began shooting. Many attendees thought the initial shots were fireworks before realizing a mass shooting. All seven victims were innocent men, women, and children.

Police flagged Mr. Crimo long before the shooting as “a clear and present danger.” Mr. Crimo and his family have been interacting with the police since he was the age of two. The first interaction involved his mother being arrested for abuse after leaving him in her hot car. Further interactions with the police had to deal with evaluating Mr. Crimp to see if he had any violent tendencies. Things took a turn for the worst two months before Mr. Crimo would have received his license to own firearms.

Mr. Crimo had threatened to murder everyone in his family. Police came to his residence and removed multiple knives and other sharp weapons from his possession.

Also, shortly before the shooting happened, Mr. Crimo had painted a scary image on the side of his mother's house. The image depicted above shows a smiley-faced man holding a rifle.

Mr. Crimo was suffering from severe mental health issues and has dumbfounded many Americans on how he could have access to weapons. Even more now, given the United States experienced another horrific shooting at an elementary school in Virginia.

This time, a student shot and wounded his teacher instead of his fellow classmates. The teacher survived and is most likely going to have a full recovery, but it signals

a much larger problem in American society, according to the mayor, Phillip Jones.

He stated that the shooting was “a red flag for America” and thinks “ there is going to be a nationwide discussion on how these sorts of things can be prevented.”