A mum and her family have come back from hell to live in another hell, called her homeland!! 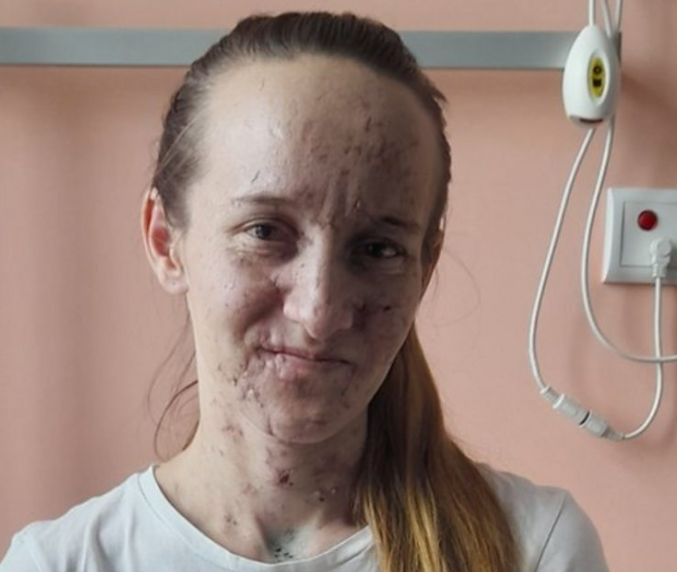 In a recent interview, a mum explains how she has battled death, on the brink of continuing to live in a warzone. The wounds of the conflict between Russia and Ukraine were shown on the exposed body of this mother before the interview was conducted. Nonetheless, there is some enlightenment on this mother's face, some hope that one day, if not her, her children will see the light again. This one interview may have won the hearts of millions, even those that are not in the conflict, bringing hope and faith to those suffering in the war.

Olena Selichzianowa explains how her home in the metropolis of Severodonetsk, Luhansk Oblast area, had become destroyed by a bomb on 11 March. Since the incident, she and her family had been lucky to have escaped the horrific war. They are now living in Poland, where they were able to receive urgent medical care. However, how many more citizens will end up like Olena until this war comes to an end?

She tells how one the morning of 11 March, upon being in the kitchen she says, ‘I saw the bomb coming towards me’. Now you can imagine how at this moment this mom, who has twins must be feeling, she has no time to think, or even flinch, only get her family and run. Well, this is the story of millions of people out there, who have no one to hear their voice. If this is the case of a healthy family, what would be the circumstance for a mentally ill, disabled, or even elderly person? She, at that point, goes on to carefully say how at the rate the bomb was coming towards her domestic, she would have been dead on the off chance that she had been a moment late.

This bomb had devastating consequences for Olena and her family, as she foretells that she had pulled her children underneath her to shelter them from the shrapnel landing on them. The devastating horrors that Olena and her family went through are partly visible on their exposed bodies, through the numerous scars and wounds left behind from the bomb. The wounds not visible were mentioned to be attempted to be reduced through the usage of multiple medicines given to the kids so that they could peacefully sleep through the noises of the war.

Along with this, numerous operations are also said to be done, to restore the physical internal, and external damage caused by the bomb. If these little kids are said to see the bomb coming toward them, their little imagination and families' help would help them view the bomb as either an airplane or a balloon. They would not even know the meaning of the word ‘bomb’, yet the kids of Olena are forced to grow up early as their childhood is on the edge of being snatched away. Unfortunately, the after-effects of this incident or any incident while living amid the Ukraine war is very toxic, especially to those families with little kids, as one of these is having trouble sleeping and continuous trauma from the fear of being hit by the bomb again.

Millions of families like Olena fill Ukraine, but how many more families, how many more children will have their lives taken away from them. Their childhood was separated due to this strife which continues spreading like an irresistible infection among the Ukrainian citizens.

Despite the ongoing genocide in Ukraine, the world hopes that Russia’s success in Kyiv doesn’t undermine the success of Ukraine!!!