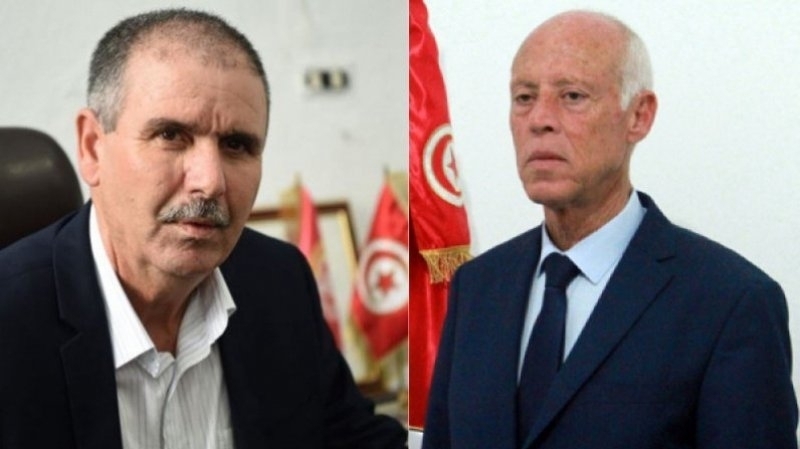 The Tunisian General Labour Union (UGTT) staged a strike on Thursday, June 16 during President Kais Saied’s plans for political and economic reforms, rendering its strikes capable of shutting down the country.

On May 22, the UGTT refuted the president’s call for a national dialogue to get all the political parties’ approval for his constitutional reforms. Instead, the Union called for a national strike.

The strike took part this week after a sundry of workers gathered in front of the Union’s headquarters in the capital Tunis to hold a parade against Saied’s new endeavour for political and economic reforms.

The strike ground the country to a halt as it led to closed airports, buses, trains, public companies, and government offices. During the rally, the supporters carried flags and chanted slogans such as “ we are with The Union” and “ The strike to protect our country”.

The head of the Tunisian General Labour Union Noureddine Tabboubi claims that the strike was 100 per cent successful, as 96 per cent of the workers participated in the strike. No national media confirms.

Following the strike, strikingly contrasting opinions were sparked by different political parties. One supports the Union’s strike while the other claims that it is a threat to political stability in Tunisia.

Addressing the crowd, Abir Moussi, the head of the Free Constitution Party, calls for everyone to support the UGTT and overthrow Saied’s government.

“No consultation, No referendum, the Tunisians are against it, they said no”, a slogan raised by Moussi during a speech she gave in the government Square in the Kasbah, Saturday, June 18. She claims that a large number of protesters came to her march as evidence of their unanimous approval of Saied’s decisions.

According to her, the country is currently in a state of destruction due to the policy pursued by the government which she insisted that Saied must resign immediately.

On the other hand, Tunisian diplomat Al-Shatti claims that the Labour Union is vilifying the image of Tunisians by sending a message with the utmost negativity to external forces and to the International Monetary Fund.

Raouf Al-Shatti severely disavowed the Union’s strikes as it deepens “ chaos and fragility of the general situation in the country”. He ends his statement by questioning what the future holds after the strike. “The question now: What after the strike??”, he said.

The US Expresses its Concerns Over Tunisia’s New Situation