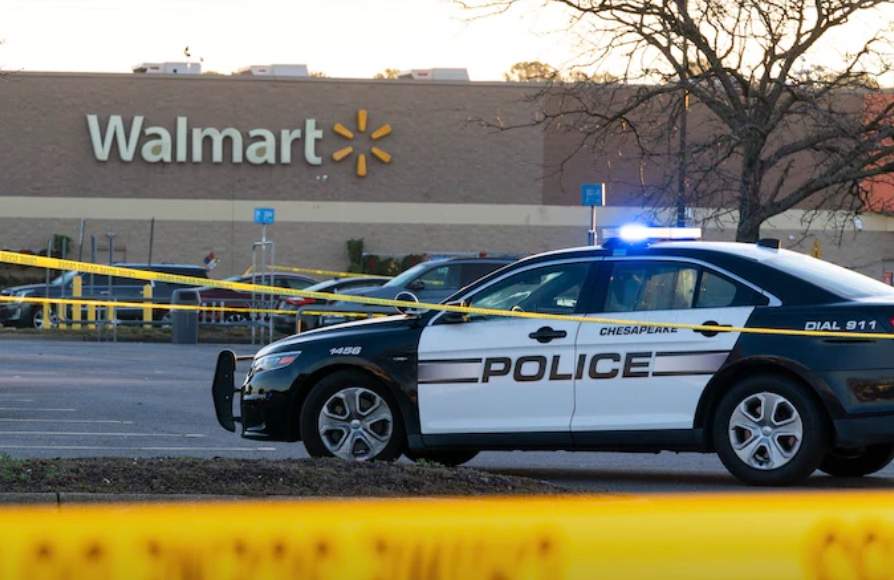 An employee has committed suicide after shooting seven people to death Tuesday night at a Walmart supermarket in the United States, a few days after a massacre at a Colorado LGBTQ club that left five dead.

The Walmart murders took place in the city of Chesapeake, in the eastern US state of Virginia, and local authorities have certified that the perpetrator of the shooting is also deceased. Provincial Police Chief Mark Solesky confirmed that the gunman used a pistol to shoot and gave no further details about him except that he was a man and a Walmart worker. "Chesapeake Police confirm seven fatalities, including the shooter, due to last night's incident at the Sam's Circle Walmart," the city administration said in a short message on its Twitter account.

The official agent of the Chesapeake Police Department, Leo Kosinski, told the press shortly before that "multiple victims and multiple injuries" were discovered in the supermarket, which according to local media, was full of customers shopping for Thanksgiving dinner. Click HERE to watch Leo Kosinski's message confirming the multiple fatalities.

Solesky confirmed the six deceased -seven with the author- and four wounded who were admitted to hospitals in the area. The police chief explained that the author of the shooting used a pistol to shoot and did not give more details about him, except that he was a man and an employee of the Walmart chain, but could not confirm if he was a supervisor or if he was working at that time.

The massacre caused by the shooting was recorded around 10:12 p.m. (local time) until the agents arrived at the scene two minutes later and entered the interior of the building around 10:16 p.m. An hour later, the local police announced that the area was safe again. Hours after the event, the newscasts showed videos and images in which a significant police presence was highlighted around the supermarket, located about 240 kilometers southeast of the US capital, Washington.

A new shooting in a country invaded by massacres caused by the legal use of weapons. The United States is on track for its worst year for the number of mass shootings.