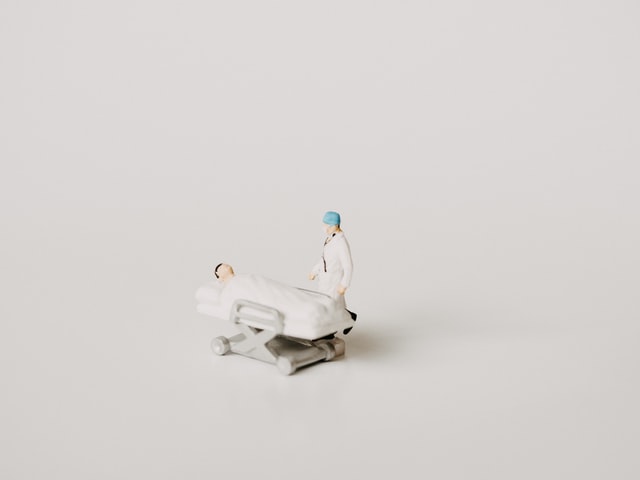 In the wake of the US Supreme Court's overruling of Roe vs Wade, there has been a dramatic spike in the number of men seeking vasectomies. The overruling of Roe vs Wade now means that as of July 2022, 8 states have restricting laws against women who wish to receive an abortion. Another 6 states have legislation that stops women from receiving an abortion for a pregnancy of up to six weeks. This is shocking as women are normally unaware of a pregnancy that is this early; therefore, they cannot take preventative methods to avoid the abortion. Sadly, more states are expected to follow in the coming weeks.

Overruling Roe vs Wade is archaic and will be detrimental to women across the country who will have to endure unwanted pregnancies. This ruling will also impact the healthcare system beyond abortions. The American College of Obstetricians and Gynaecologists believes that new threats could come from these historic laws, such as maternal mortality, miscarriage, and Vitro fertilization.

Men across the country are running to clinics to get vasectomies, which entails the permanent sterilisation of male tubes, that would otherwise result in the impregnation of a female. Urologists have told The Washington Post that there has been an undeniable increase in the number of men opting for the procedure in recent weeks.

Before the overruling, Dr Stein would administer four or five operations daily; that number had now increased to 12 to 18. His practice is fully booked with procedures until the end of August, thus representing the magnitude of this issue.

There has also been a spike in the demographic of men who are opting for the procedure. Men as young as 23, without children, are getting sterilised in bigger numbers than is normally expected. 60 to 70 per cent of the men asking for this procedure are using Roe vs Wade, as the leading factor that made them take the plunge.

The rise in the number of men seeking a vasectomy is, to some degree, a positive change regarding the conversation of reproductive responsibility. Men are stepping up and taking equal responsibility for their involvement in the reproduction of a baby, and no longer relying solely on the women to take the responsibility. However, it is not something that should be championed, as the circumstances in which it is taking place are horrific.

Vasectomies are an effective form of contraception; they have a short recovery period and are over within 10 minutes. But they are not a solution to abortion bans, and should not be used as such. Vasectomies are reversible; however, contrary to popular belief, the reversal of this operation is much more complex and invasive. It cannot be guaranteed that the reversal will be successful; therefore, the decision to have this procedure must not be taken lightly.

Individuals should not use the procedure process as a quick fix. They should plan for this to be permanent, an idea that is not as widely spoken about at the moment on social media. Many posts are advocating for vasectomies, but they are not stating the possible risks that come along with the procedure. According to Healthline, there is a 5 to 10 per cent chance that once undergoing the procedure; you will never have children, even with a reversal.

Before undergoing a vasectomy, an option that men can consider is cryopreservation, sometimes known as ‘freezing sperm’. It is possible to preserve sperm in the same state and health they were in when the sample was taken by freezing them. The procedure can be effective in ensuring a man's fertility. Such long-term storage provides a non-surgical option if circumstances change after a vasectomy. However, it is important to remember that not all sperm survive freezing, so this process should not be considered a fail-safe option.

The main reason why men are participating in these procedures is to protect their partners and themselves from the historic laws being introduced across America. It is astounding that in the 21st century, laws prohibiting an individual's reproductive rights are becoming legislation.

Men must be aware of the risks that come with a vasectomy and make a decision that will be right for them and their families. It is horrific what is occurring in America, with the lack of reproductive rights women obtain. Therefore, we can expect to see more situations such as these occurring in the future if nothing is done to fix the unjust Roe vs Wade overruling.