Age is just a number! Meet Pappammal the Legendary Organic Farmer who just bagged Padmashri at the age of 105 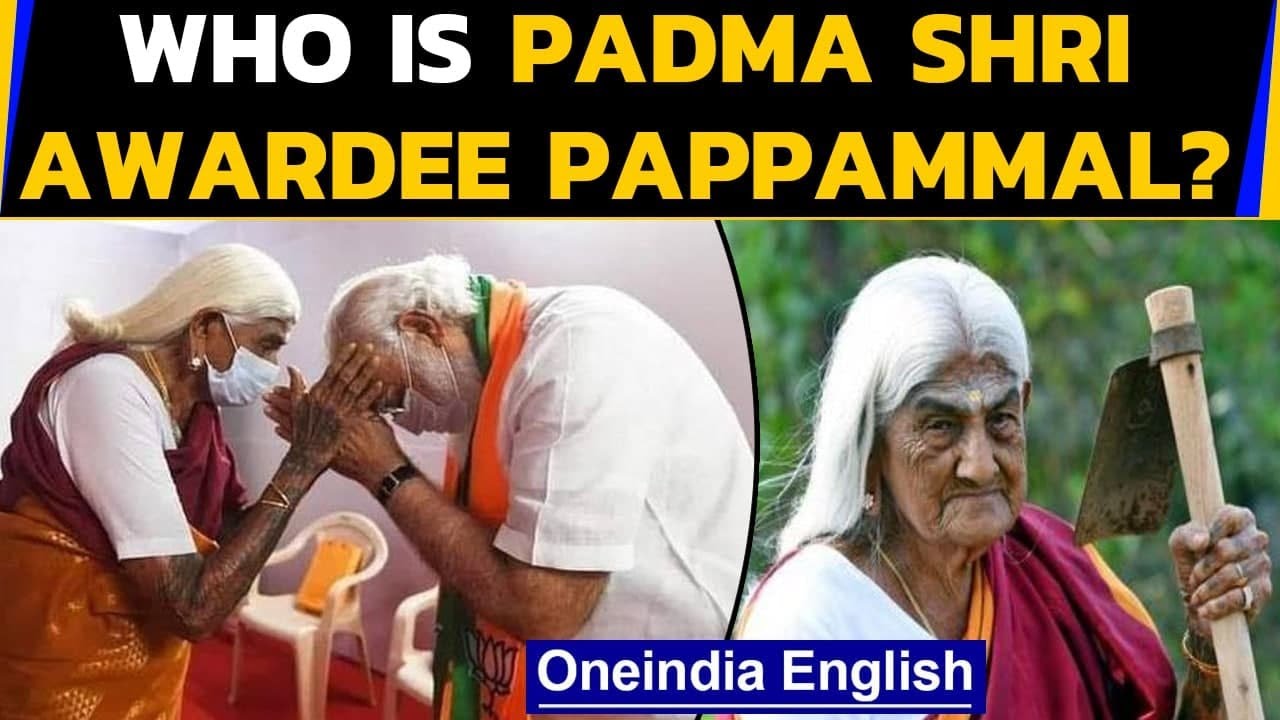 To our upcoming Sloth bears and Lazy Bones, she is an incredible admiration and role model. Yes, we are talking about R. Pappammal, a 105-year-old organic farmer from Tamil Nadu. For a generation who will book an Uber instead of taking 15 minutes of walk, Pappammal is the epitome of hard work and dedication. Pappamal says that she never likes to take a break. Her work is her worship which she follows religiously. She tells her 16-year grandchild who takes a break every half an hour get up lazy ass!!!! Nothing in life comes easy.

Papammal (born in 1914) is an organic farmer from a small village in Tamil Nadu, India. At the age of 105, where maximum people prepare themselves for deathbed she actively runs a farm of 2.5 acres. She is undoubtedly a pioneer in the field of agriculture and is affiliated with Tamil Nadu Agricultural University's department of education. For her passion and relentless effort towards educating, popularizing, improving, bringing out innovative methods to organic farming, the Government of India awarded her with Padma Shri (4th Highest civilian award for an Indian) in the year 2021.

• Papammal is the daughter of Late Mr. Velammal and Late Mrs. Maruthachala Mudaliar. She, unfortunately, lost both of her parents at a very young age. She was raised by her paternal Grandmother in a small village called Thekkampatti in Coimbatore. At a very young age she inherited the shop and opened an eatery from the proceeds accumulated from these businesses, she bought nearly 10 acres of land in the village. Papammal is a complete disciplinarian when it comes to farming and maintaining a healthy lifestyle. She would wake up at 5.30 am and work till the afternoon. She was closely associated with Tamil Nadu Agricultural University's department of education. She would travel alone to all Farmers meet and later implement all the learning’s at her field and also educate other fellow farmers about the same. It was in one such meet she discovered the importance of organic farming. She was surprised by the side effects of chemical fertilizers on the field how they annihilated the health of the crops as well as the consumers. Due to this, she switched to complete organic farming. She was a pioneer in the field of organic farming as her methods started gaining popularity because of their virtue. Sometimes school and college students, as well as students of agriculture studies, were sent to her farms for field study. The government also recommends her new and innovative farm techniques and sends her to other fields as well. She was one of the few women farmers who attended various farm meets.  When asked about how she stays so fit? She simply replied that a healthy mind is a result of a disciplinary and proper diet. She used to include Ragi, a lot of green leafy vegetables, and always had food in the required quantity. She also stressed the point of reducing and cutting off overeating habits. Individuals should understand the difference between hunger and boredom and shouldn’t consume food just to avoid boredom.

Papammal is not only an organic farmer but a role model to a lot of aspiring women entrepreneurs. She says that she was married at the age of 14 and she belonged to an era where women were confined with four walls. They were hardly allowed to work. At that time she was so unique and showed an extraordinary passion for organic farming. She independently raised her kid as well as her sister’s daughters. She was not an ordinary village woman, she has her aura, she is a woman of substance, a woman with vision and sheer determination. She lovingly mentions her husband who supported her and stood with her in all her good and bad days. Women require men like this who don’t tie her up instead try to become their wings so that they can soar high in the sky. Motherhood didn’t stop her; she contested the Panchayat Elections at the age of 35and was appointed as the Sarpanch of the village. Being Sarpanch was the beginning of her wonderful journey where she started visiting various Famers, attending farm meets, and learning about organic farming.  After attaining the age of 50 she almost had 10acres of land which she used for cultivating the crops on her own. She didn’t earn much in the initial stage but she was a very generous woman who used to donate the extra produce which was left in her source. She was very determined about her techniques and was confident that they would bring wonderful results. She was a perfectionist in her art. Her techniques received a lot of popularity and recognition. She says that she has never taken a break and she hates breaks. If you look at the growth of her life from being a normal idli vada seller to a Women Sarpanch, to an organic farmer and then winning Padma Shri she has never stopped being passionate and hard work is like oxygen pumping her veins. Relentlessly optimistic, Unstoppable, Unbreakable. She undoubtedly is a gem to the Agriculture Industry.