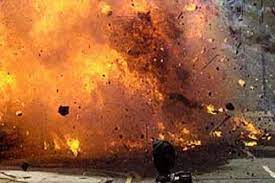 On February 11, a special court pronounced verdicts in the 2008 Ahmedabad serial bomb blast case, sentencing 38 of 49 convicted men to death and life imprisonment for 11. It is the highest number of people receiving death sentences in a single lawsuit in India, and the court concurred with the validity of the decision as the case was “rarest of rare”. The court accused the convicts of planning and conducting the blast as “revenge”. A total of 56 people were killed in the blast, leaving more than 200 people injured. The special court, headed by judge A.R. Patel and the prosecution said, “By indulging in anti-national terror activities” these men would be a threat to society if released as “man-eating leopards”.

The Series of Blasts occurred in Ahmedabad, the economic hub of Gujarat on July 26, 2008. Twenty-two bombs exploded within an hour at different locations in the city, including State

government-run hospital, Ahmedabad municipal corporation -run LG hospital, and public transport. Some of the victims in the hospital blasts were people already injured in initial rounds of blasts at other locations. The incident was a response to the 2002 post-Godhra riot violence in Gujarat. Severe religious unrest had broken out in Gujarat in 2002 after 59 Hindus were dead in a train fire in Godhra. The riots that followed killed thousands of Muslims in Gujarat.

The Ahmedabad blasts were also an attempt to overthrow the then state government and posed a threat against leaders like Narendra Modi and Amit Shah. IM is presumably an associate group of the Student’s Islamic Movement of India (SIMI), probably a banned organization. The blast occurred in 2008, a day after the Bengaluru bomb blasts in Karnataka and another similar blast in Jaipur in May.

The court commented that the convicts had "no respect for the state and the judiciary". Safar Nagori, the leader of SIMI, Quyumuddin Kappadiya, Saif ur-Rahman, Mohammad Saif, and others, were charged under IPC section 302 (murder), 120B ( criminal conspiracy), and provisions of UAPA. To the argument of the convicts being framed because they were Muslims, the court responded that the allegation is false and there are crores of Muslims who live as law-abiding citizens in India. A defense lawyer responded that they would appeal in a higher court in response to the verdict by the special court.

The court also declared a sum of 1 lakh rupees to the families of the victims who lost their lives and a sum of 50,000 rupees for the seriously injured victims.