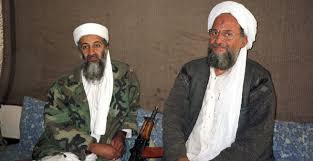 On Monday 1st August, President Joe Biden announced in a speech that the US has killed Ayman al-Zawahiri, the leader of al-Qaeda, in a drone strike in Kabul, Afghanistan. This happened during a counter-terrorism operation by the CIA on Sunday 31st July, one of the first counterattacks since the US withdrew from Afghanistan.

This attack happened in the early morning in an urban safe house in downtown Kabul. This ended the 21-year hunt of an Egyptian radical who was deemed responsible for the deadliest foreign attack on the USA in today’s times and continued to target America.

After the death of Osama bin Laden, who oversaw the attack of 9/11, al-Zawahri took over as leader of Al-Qaeda. They plotted the attacks together and was one of the world's most wanted terrorists.  Zawahri had just turned 71 years old, and remained an international symbol of the group 11 years later.

Biden said that he “authorised a precision strike that would remove him from the battlefield once and for all. Justice has been delivered, and this terrorist leader is no more. We make it clear again tonight, that no matter how long it takes… if you are a threat to our people, the United States will find you and take you out.”

Intelligence agencies tracked down al-Zawahiri in Kabul earlier this year, and spent months confirming his identity and tracked his movements. They constructed a model to ensure a strike on the place would lessen the chances of any other civilian being killed. Their efforts were a success as the agencies have confirmed that Zawahiri was the only one killed.

A senior administration official told reporters that the strike happened at 9:48pm Eastern time on Saturday. Two Hellfire missiles were fired at Zawahiri as he stepped onto the balcony of the safe house where he had been living with his family.

However, Senior Haqqani Taliban figures were aware of Zawahiri being in the area and even tried to conceal his presence after Saturday’s strike. They did this by restricting access to the safe house, and relocating his family who were not targeted during the strike and remain unharmed. The official said “this is in clear violation of the Doha agreement,” by letting Zawahiri roam about freely in Kabul.

The US did not alert the Taliban about the Saturday strike, and they agreed that Afghanistan would never again be used as a base to launch attacks against the US. They were under a peace deal made in 2020 that they would not allow al-Qaeda or other extremist groups to operate under their control. But the Taliban and al-Qaeda are long-term allies.

In a series of tweets a Taliban spokesperson, Zabiullah Mujahid, said, “An airstrike was carried out in a residential house in Sherpur area of Kabul city on July 31.” Mujahid said the Islamic Emirate Of Afghanistan “strongly condemns this attack on any pretext and calls it a clear violation of international principles and the Doha agreement.”

This attack comes a year after Mr Biden withdrew troops from Afghanistan, and ended a 20-year military presence in the country. This allowed the Taliban to retake control by force.

Zawahiri’s death will bring closure to the families of the 3,000 victims of the original 9/11 attack when hijackers crashed passenger jets into landmark buildings in New York and Washington.