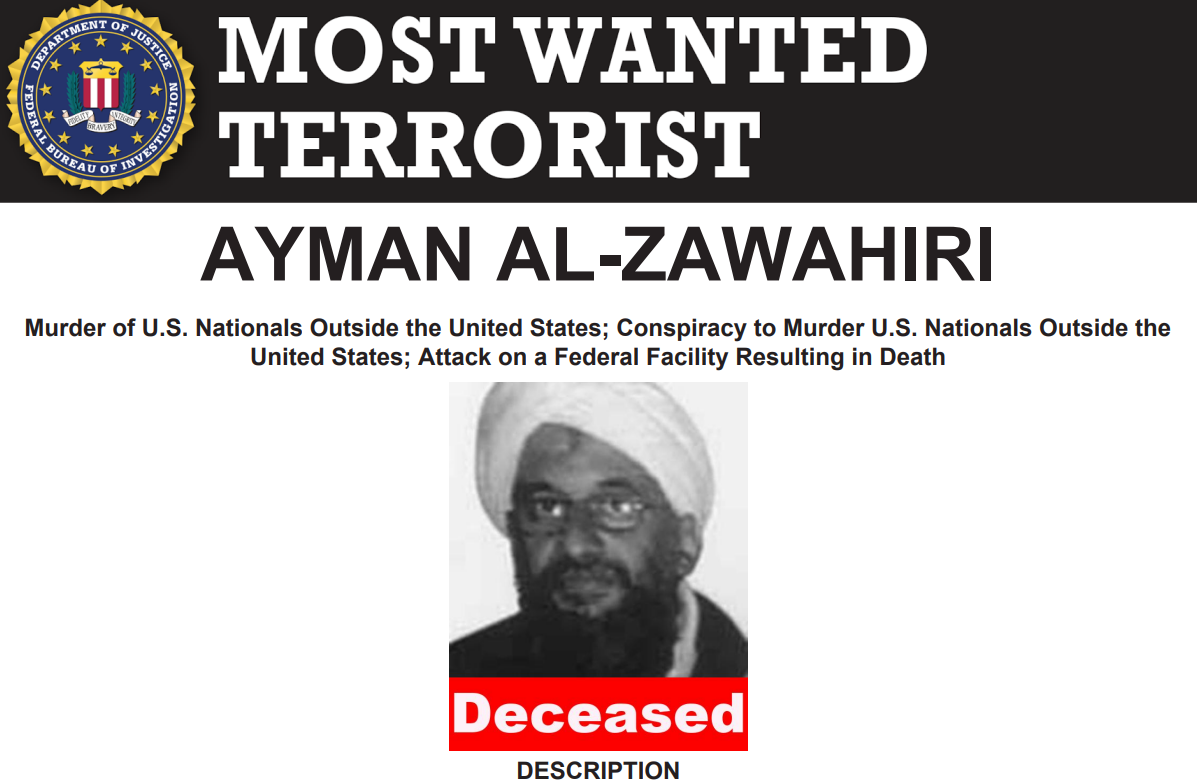 Al Qaeda Leader Killed in US Operation:
Terrorism in the Shadow of World Crises

The drone strike in Afghanistan to kill Al Qaeda leader Ayman al-Zawahiri was confirmed by Joe Biden in a statement on the 1st of August. In local time the mission was carried out at 14:18 p.m. on the 30th of July and reached its purpose successfully.

The CIA had been carefully finalising every detail of the mission since last April, as reported by Euronews. After the US withdrawal from Afghanistan, the chaotic order that manifested itself in the country  provided a favourable place for the leader to hide. American governmental organisations examined all of the circumstances regarding the attack to avoid any additional civilian deaths.

The New York Times wrote that two Hellfire missiles fired by the CIA hit no one else except the target, al-Zawahiri. All nearby civilians were unharmed, including the family of the terrorist leader.

Mr. Biden in his speech from the White House emphasised the meaning of the accomplishment. He stated “that no matter how long it takes, no matter where you hide, if you are a threat to our people, the United States will find you and take you out.”, further cultivating the American heroism folklore.

Even though the Taliban has not secured a safe haven for the members of Al Qaeda, the appearance of their leader clearly signifies further issues regarding the withdrawal of the American troops last year.

The US President further specified that the American government “will never again, never again allow Afghanistan to become a terrorist safe haven”, referring to past attacks along with the event of 9/11.

Today terrorism hides behind the shadows of the overwhelming circumstances that the world has to face. Despite the ongoing wars, inflation and health issues, the US government now drew attention with its recent operation into the concealed threats of the world.