Americans Question the Value of College 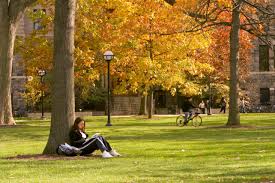 According to two recent surveys, more than half of Americans believe the higher education system is headed in the wrong direction.

Public Agenda and Pew Research Center surveys show bipartisan divides in the reasons for pessimism. Still, Republicans and Democrats alike show a loss of confidence in the benefits of attending college.

On Monday, Public Agenda released a study confirming Americans’ concern about the affordability and payoff of a college degree. 40% of Democrats and 59% of Republicans said that a college education is a questionable investment.

Most of the pessimism was attributed to negative views of the country’s economy. For example, 65% of Republicans and 81% of Democrats believe that the economy is rigged in favor of the rich. In addition, over three-quarters of all correspondents agreed that financial aid is not sufficient for the needs of low-income students.

A similar majority of both parties agreed there should be more state investments dedicated to helping low-income students complete their degrees. Bipartisan divides existed, however, on questions regarding race in higher education.

Pew Research Center’s survey provided insight into bipartisan views on why higher education is struggling. Although majorities of both parties expressed pessimism, more Democrats than Republicans attributed it to increased tuition.

More than three-quarters of Republicans believe that higher education is off-track because professors bring their political and social views into the classroom, compared with only 17% of Democrats. Most Democrats (92%) cited high tuition as a primary reason, while a smaller majority (77%) of Republicans agreed.

Differences in reasoning also existed across age groups. For both parties, older correspondents (65+) showed the most concern over professors’ use of their opinions in the classroom, while their younger counterparts (ages 18-49) argued that tuition costs are too high.

While Republicans of all ages were equally likely to say that higher education is headed in the wrong direction, age disparities were prevalent among Democrats. For example, 61% of younger adults (ages 18-34) expressed pessimism, while only 40% of older adults did.

Regardless of disparities across parties and ages, correspondents’ disapproval of the higher education system is concerning. As a result, Americans look to their leaders in hopes of reforming the system before attitudes worsen even more.