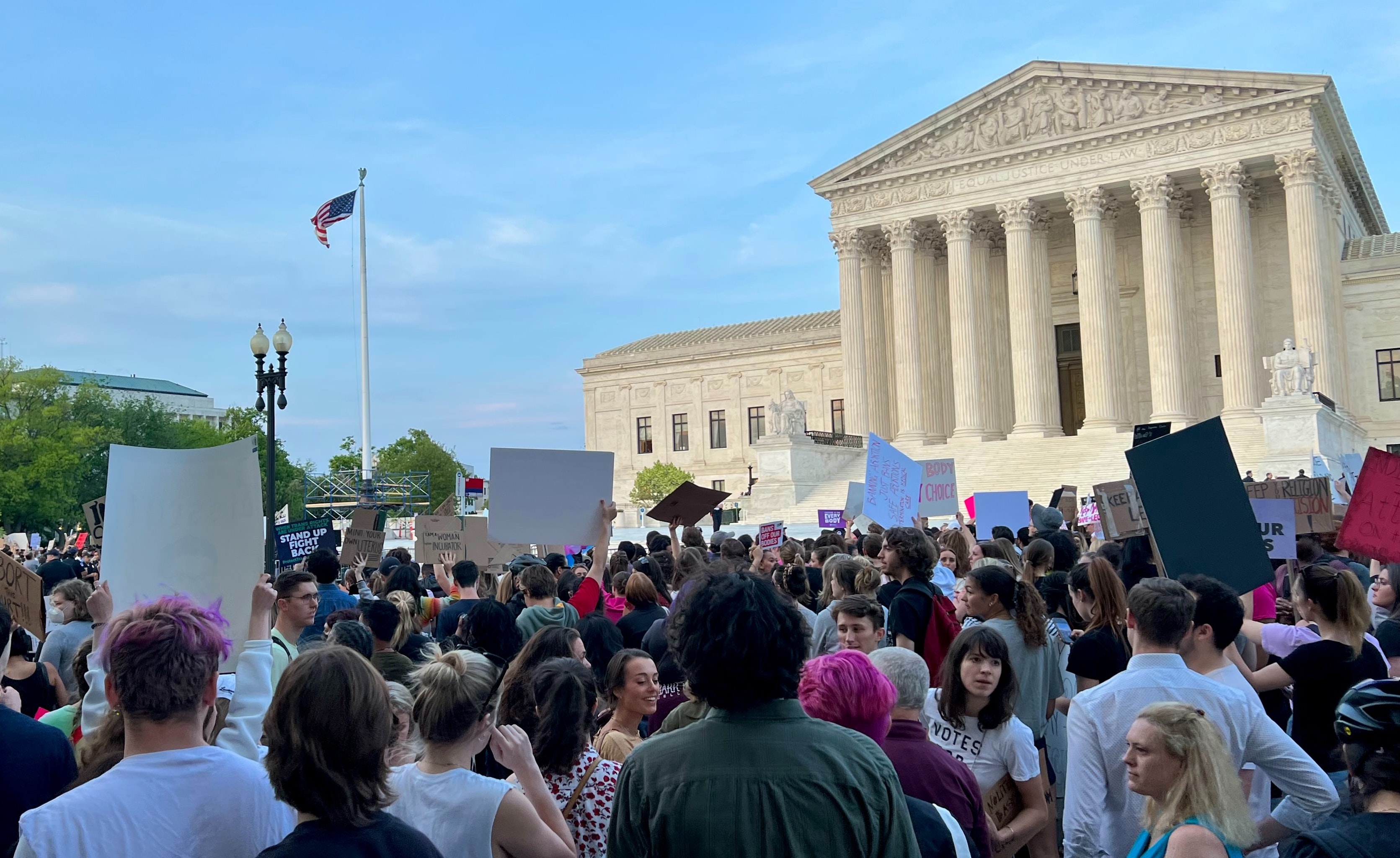 With the 50th anniversary of the now-overturned Roe v. Wade just passed, protests have sprung up like the Women’s March rallies condemning the Supreme Court’s decision that was made last year.

As these protests continue, the question of what American citizens view abortion as has been discussed and surveyed.

There are two main sides on the debate over abortion. There are the pro-choice groups like NARAL Pro-Choice America who believe abortion to be legal throughout the country. The other is called pro-life where groups like National Right to Life think that abortion should be illegal in the U.S.

While both provide their own statistics and data on how their members and supporters view abortion, the numbers from polls and surveys show that the majority of Americans give a more middle viewpoint on abortion.

Marist Poll found that in comparison from its conducted poll from January 2022 to this recent poll for January 2023, the results found that Americans’ views of abortion have not shifted that much with only 1-2% differences. While noticeable that during the month when the case was overturned increased support for abortion and a decrease in opposition, the numbers shifted close to the results of last year’s poll.

It also revealed that 69% of Americans agreed within the range of some legal limits on abortion while 60% sided more in opposing the use of tax dollars to pay for abortions.

A different survey by Ipsos concluded that most Americans support legal abortion in most cases. At the same time, a majority of Americans also support the notion of having state-level ballots to help decide the topic of abortion in their state.

“However, during what would have been the 50th anniversary of Roe, nearly seven in ten Americans, regardless of party, say they would support a state-level ballot measure or voter referendum to decide abortion rights at the state level.”

All of this shows the difficulty that Americans have when it comes to handling a controversial topic like abortion.

Is it better for states to settle abortion or for the main government to handle the issue? Should women be the only ones to vote on the topic of abortion or should men also be included in this? And where do we draw the line on how much time during pregnancy should abortion be made legal or illegal?

These questions currently don’t have clear answers with the polls showing that people hold various views and opinions. As for the current state of the issue of abortion, all 50 states have and continue to discuss their choices regarding the topic of abortion as U.S.News shows. Whether abortion will ever be settled in America is up for future debate and possibly future generations to decide.