An 89 old ex-army officer killed his wife and daughter in Andheri (Mumbai). 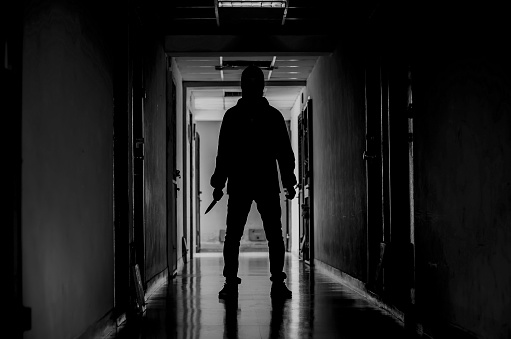 Purshottam Singh Gandhok, an 89-year-old retired Indian Army officer from a Punjabi family, was convicted of murdering his 81-year-old wife, Jasbir Kaur, and his 55-year-old mentally unstable daughter, Kamaljeet Kaur. The crime took place at their leased flat in Sher-e-Punjab Colony in Andheri (East) on February 6, 2022, Sunday night because he was fed up with their prolonged illness and worsening condition after being unable to care of them.

Gandhok used to live in a rental apartment on the ground level of a three-story complex with his wife and daughter. Around 8.30 p.m., he slashed their neck with a knife and they died on the spot. The next morning, he contacted his daughter who was staying in the neighbourhood, and confessed the incident. His 58-year-old daughter ran to his parents’ residence, but the door was locked from the inside and the windows were locked. Gandhok informed her that he would only unlock the door once the police officer came. Gandhok’s daughter called on the emergency line of the police control room and officers from the local police department arrived at the incident location at She-e-Punjab colony. When the man opened the door, the local police officer observed that both the ladies were dead on separate beds inside the bedroom of that apartment.

As per the ongoing investigation, when his daughter questioned why he did this to her mom and sister, Purshottam Singh Gandhok answered, "I murdered them because I couldn't bear seeing them in pain and I couldn't take care of them further."

According to the Mumbai police, Gandhok's wife had gone through an angiography a few years back and had been completely bedridden for more than 10 years. His daughter had been mentally ill since birth and was utterly dependent on her parents. He had three daughters and a son. According to the authorities, the son had not remained in touch due to some family issues between them and one of his daughters lived in another state. Gandhok used to work in the Indian Army's mechanical transport supply department, and he got retired from that department after some time.

Previously, they used to stay in Virar, but a week back, they shifted their apartment from Virar to Andheri to be closer to their third daughter, who was already living in the Sher-e-Punjab neighbourhood. According to officials and investigators, a few residents of ex-officer Gandhok's building stated, "We just found out about the accident after we noticed police vehicles below our building." They had hardly been here a week and no one knew who they were. "

Mumbai: A person was stabbed to death after illegally harassing and extorting a homosexual man.

Hit & Run is speculated but, who killed the judiciary?