An update on Monkey Pox 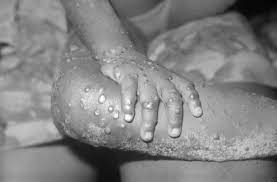 It has been an ongoing debate among Heath officials and the public whether monkeypox is the next covid-19 of 2022. With a rapid surge of monkeypox cases erupting in Europe, it had caused the World Health Organization (WHO) to act.

For the past few days, experts in journalism have been providing opinions on whether the WHO will announce the highest level of health alert regarding monkeypox. However, on Saturday, June 25, 2022, the WHO Director-General Tedros Adhanom Ghebreyesus described monkeypox as an evolving health threat and urged all governments to remain vigilant. Thus, after that announcement, covid and polio remain the highest health threats.

Although monkeypox is a viral disease, there are several differences between the novel disease and covid-19, making it less virulent. The first reason is that monkeypox has anti-viral treatments and preventative vaccinations that can be easily administered to the public. In contrast to monkeypox,  Covid-19 did not have appropriate treatment or vaccination until the end of 2020, causing it to spread among people and become lethal for many easily. Another finding is that the recent outbreak seems to be affecting gay and bisexual men with multiple partners. Currently, monkeypox is considered a sexually transmitted disease (STD). Nonetheless, WHO has made it clear that it is a concerning disease, spreading quickly across borders in Europe and worldwide.

Monkeypox has similar initial symptoms to smallpox. It is a disease that was initially identified in laboratory monkeys in 1958 and found in humans and animals. The previous disease outbreak occurred in Western and Central Africa due to sanitary conditions. It is highly infectious for children, increasing their mortality rate by tenfold. The current epidemic is sexually transmitted and is happening in Europe, but previous outbreaks in Africa have made it easier to understand treatments for the virus. However, General Tedros of WHO has admitted that there has been a lack of research and vigilance on monkeypox in Africa, making it harder to control the outbreak. Thus, maintaining physical distance and ensuring that everyone wears a mask when necessary is best to remain cautious.