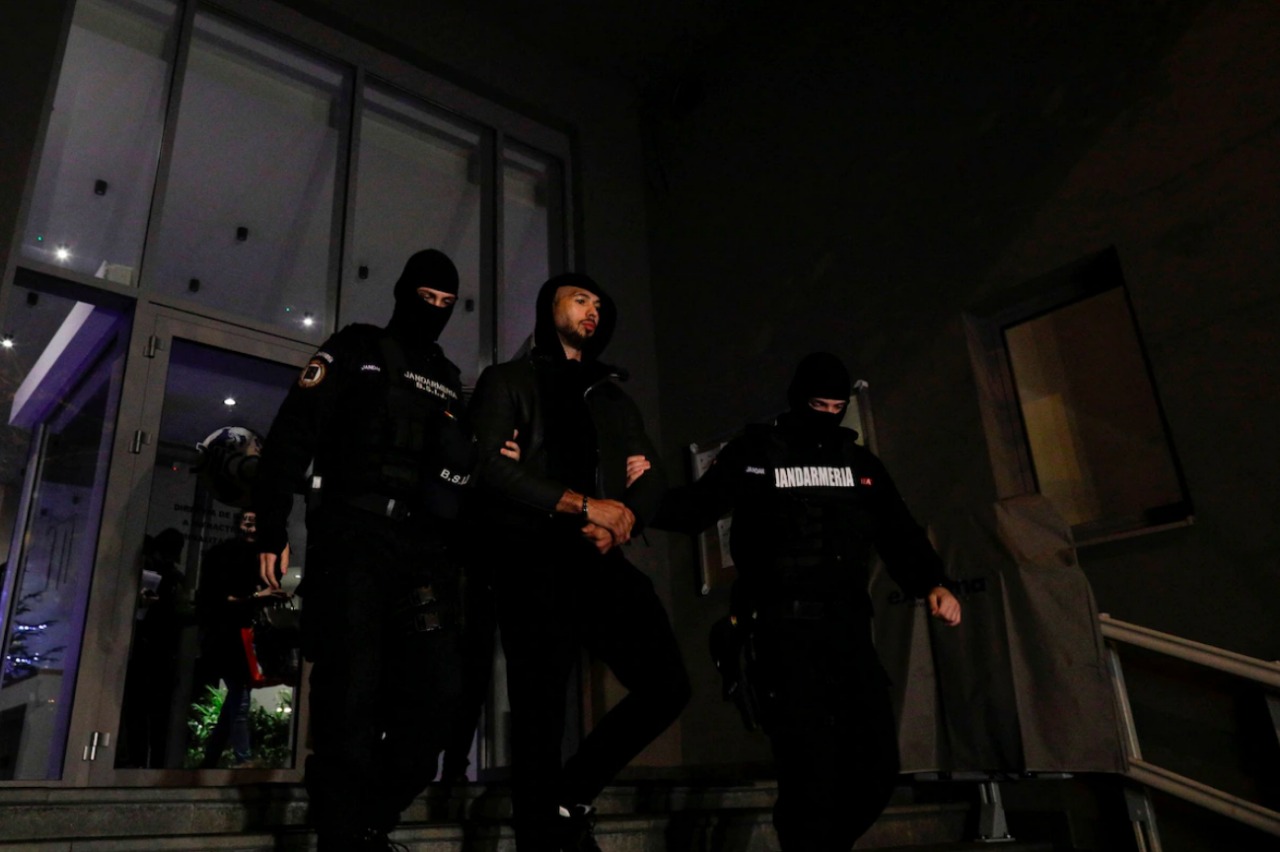 The ex-kickboxer and controversial social media personality Andrew Tate has been arrested, along with his brother Tristan and two other suspects, for human trafficking, rape, and forming an organized crime group.

Who is Andrew Tate?

In just a few months, the 36-year-old self-proclaimed misogynist and influencer Andrew Tate had become one of the most popular media personalities worldwide, with more Google searches than Donald Trump or Kim Kardashian. This was before his ban on social media sites like Facebook, Instagram, TikTok, Youtube, and Twitter. Although, after Elon Musk’s takeover, Tate’s account was reinstated and he resumed tweeting almost immediately.

Born in Washington DC but raised in Luton, the British-American has always been making headlines for being problematic. In 2016, he was ejected from the show Big Brother after a video of him hitting a woman with a belt emerged on social media. Later, in September 2017, he received backlash by tweeting “depression isn’t real” and, a month later, for saying women should “bear some responsibility” for being raped, referring to the #MeToo movement.

Recently, the former kick-boxer gained popularity over his deeply problematic stances on TikTok; he presented himself as a guiding light for his male-based audience and shared strategies to make money, motivating them to subscribe to his exclusive community, Hustler's University, and also advised men to treat women as commodities, rather than people.

Last Thursday, the influencer and his brother Tristan, 34, alongside two women, Georgiana Naghel, 28, and Luana Radu, 32, were arrested under the suspicion of human trafficking, rape, and forming an organized crime group. The next day, they were placed in a month-long detention that served as a pre-trial period. They are currently under investigation by the Directorate for Investigating Organised Crime and Terrorism (DIICOT).

This detention came shortly after he tweeted at 20-year-old environmental activist Greta Thunberg, flaunting his 33 cars and “enormous emissions.”  Which prompted a response from Thunberg that suggested he has “small dick energy.” Overnight Thursday, Romanian authorities were believed to be able to find Tate after he posted a video in response to Thunberg that contained a pizza box from a local restaurant. But sadly, this fun theory is not valid. "It was a hard job gathering all the evidence in the months-long investigation," Ramona Bolla, a spokeswoman for the Directorate for Investigating Organized Crime and Terrorism, told the Washington Post.

Out of the four detained, one was charged with rape from an allegation from March. Still, the spokesperson is unwilling to divulge to which suspect it corresponds, telling the Daily Mirror that “Andrew and Tristan Tate have the utmost respect for the Romanian authorities and will always assist and help in any way they can."

The brothers have been under criminal investigation since April after Romanian police, based on a tip from the US Embassy, raided their Bucharest mansion in search of a 21-year-old American woman that was said to be held there against her will. After questioning them, they were released, but the investigation expanded to cover rape and human trafficking.

In a statement released Thursday, Romanian prosecutors said that they identified six people who were sexually abused in Ilfov county. Furthermore, the report states that the victims were recruited “by British citizens by misrepresenting their intention to enter into a marriage/cohabitation relationship and the existence of genuine feelings of love (the loverboy method)” and were forced into performing pornography under acts of physical violence and mental coercion.

"Most sex trafficking is not going to be someone snatching you up. It's going to be someone you know manipulating you", said Victoria De Vall in a TikTok video to her 372,000 followers. De Vall, a content creator who studied human trafficking at NYU and previously worked for a sex-trafficking non-profit, explains that these cases typically involve men dating women and getting them to believe that they are in love with them to manipulate them.

According to Europol, the EU's policing agency, those who use the Loverboy Method target their victims’ economic and social vulnerabilities, promising a better life abroad, which turns out to be more of a ruse than a love story, forcing the women into prostitution to earn money for their fake boyfriends. Furthermore, when the romance ends, the victims face “violence and threats against them and their families back home” to avoid their escape and keep them captive.

In a video circulating online since May 3, 2022, Andrew Tate is seen explaining how he has many women in his Romania house who are in love with him and “don’t go out; they aren’t allowed out [...] you stay in the house, you don’t go nowhere”.

Additionally, he describes his six girlfriends as “assets” in an interview on Anything Goes With James English, where he is referred to as "Master Pimp Tate." Here he admits that while they worked for him in his “cam empire,” he didn’t pay any of them because, as the “old school pimp game” dictates, the women do it out of love and loyalty for him, which sounds pretty much like trafficking if we read between the lines.

As the government of the Netherlands explains, on the internet and social media, this is a rapidly increasing phenomenon where the loverboys have a much greater scope for finding their victims and then manipulating them into the sex industry. It was this kind of situation that the six victims discovered on the property in Ilfov county faced.

On Tate’s now-inexistent webpage, he braggingly boasted about how he earned his fortune by manipulating women into doing sex work for him out of love. This is made clear with statements such as “My job was to meet a girl, go on a few dates, sleep with her, get her to fall in love with me to where she’d do anything I say, and then get her on webcam so we could become rich together. Whether you agree or disagree with what I did with their loyalty, submission, and love for me doesn’t matter. You cannot reject the results”. Furthermore, he states that he had a relationship with each of these women at some point in time, all of whom had never worked in the adult entertainment industry before meeting him. What is terrifying about this situation is not only that this man held captive and exploited six women, who used to be his girlfriends, but that he is also a famous influencer teaching other men around the world to do the same thing. Being invited to talk shows and receiving payment for propagating such dangerous views like these is a sign of a much bigger problem that has been overlooked for far too long. Furthermore, it should not be taken lightly if a man proudly calls himself a misogynist and boasts about abusing women online.  It is essential to take note of Andrew Tate’s disgusting behavior to recognize and prevent these types of dangerous situations in the future.