Another anti-democracy crackdown by the administration in Hong Kong, China

On Wednesday, approximately 200 police officers raided the Stand News online publication's office, seized its holdings, and took into custody seven workers, including current and former senior board members and editorial staff. Authorities charged two former senior editors, arrested in a crackdown by the Hong Kong personnel on the pro-democracy media organization, accused of conspiring to publish seditious material this Thursday. Since China passed a comprehensive law on National Security in the former British colony last year, several countries and media advocacy organizations have criticized the raid and arrests as a sign of increasing loss of press freedoms.

Two persons and an internet media organization charged with conspiracy to publish seditious information are under surveillance, according to the National Security Department of the police. The agency also claimed, in a statement, that the other arrestees shall be facilitating the additional investigation. The charge sheet filed at the West Kowloon Magistrates' Court, and reviewed by Reuters, named the two as former Stand News Head Editor Chung Pui-Kuen, and acting Chief Editor Patrick Lam.

Best Pencil (Hong Kong) Limited, the company behind Stand News, was charged with the same accusation of conspiring to print and reproduce seditious materials. Reuters was unable to contact the two, nor any of the other five people still in custody, including four former members of the Stand News board of directors, for comment. It was difficult to contact the lawyers or legal representatives of the accused.

In 1997, Hong Kong returned to the Chinese administration on the condition of broad individual rights, including freedom of the press. However, pro-democracy activists and human rights organizations claim that systematic erosion of freedom has been in practice since China enacted the new National Security Law following months of violent pro-democracy protests.

Six people were arrested "for conspiracy to publish a seditious publication," according to Hong Kong's Police National Security Department, on December 29, 2021, outside the Stand News office building in Hong Kong, China. Carrie Lam, a leader of Hong Kong, has reportedly stated that the state-sponsored crackdown is not representative of press freedom repression. She further clarified that the administration does not intend to hinder free journalism, but certain news-reporting operators facilitate the spread of seditious content. It, therefore, becomes the liability of the state to put a halt to such activities.

After the closure of the recently jailed tycoon Jimmy Lai's Apple Daily tabloid earlier this year due to a national security investigation, Stand News was the most prominent remaining pro-democracy publication in Hong Kong. Hours after the raid, the office of Stand News was closed, with all the employees getting fired. Margaret Ng, a former Democratic legislator, pop singer Denise Ho, Chow Tat-chi, and Christine Fang, all former members of the Stand News board, remain in police custody. Chan Pui-man, Chung's wife and a former Apple Daily reporter was re-arrested. 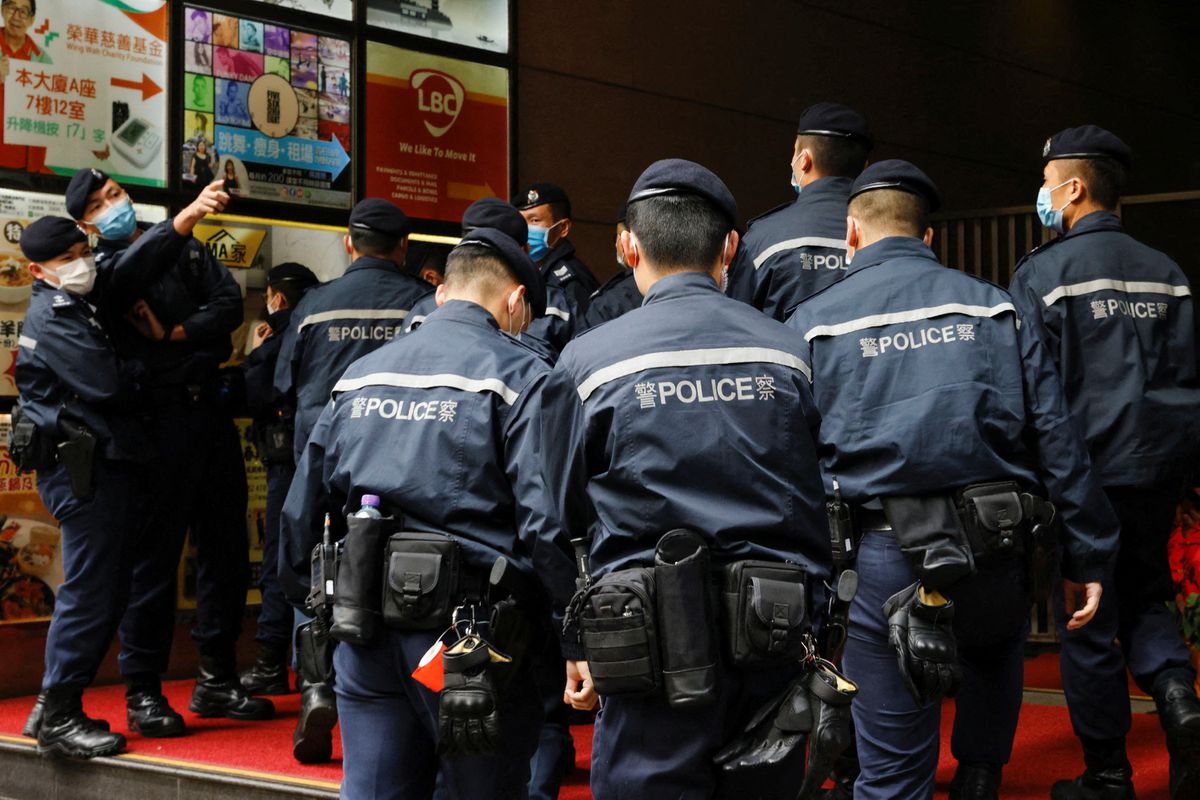 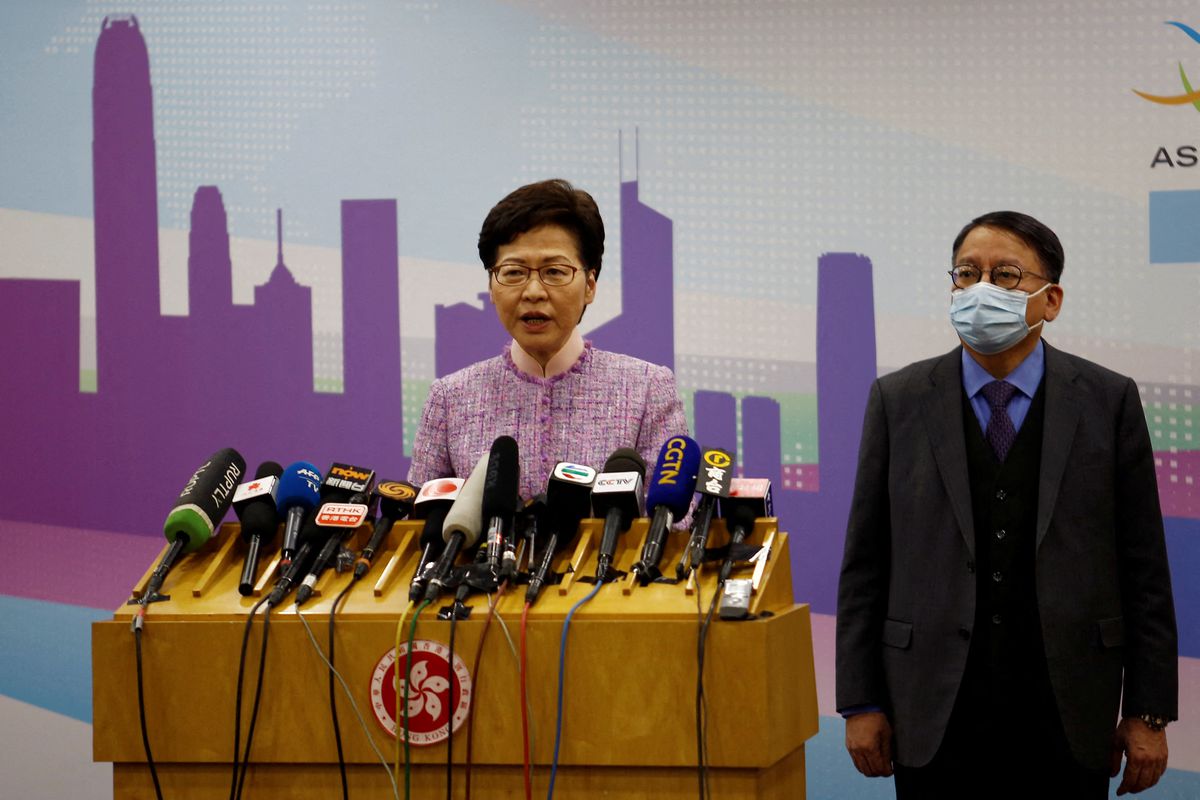 Secretary of State Antony Blinken of the United States has urged Chinese and Hong Kong authorities to free those detained promptly. While alluding to this call, Lam remarked that such a decision would stand against the law. The Hong Kong Liaison Office, Beijing's principal representative office in the city, described Stand News as an "out-and-out political organization" that "continued posting articles inciting people to use violence and even split the nation." The country's foreign ministry stated that behind the claim and support for press freedom in China was the motive of fostering instability in Hong Kong. Those who, under the guise of journalism, participate in acts that harm national security and undermine the rule of law and public order will be held accountable, it said in a statement. Hong Kong authorities have repeatedly criticized Stand News, with Security Head Chris Tang slamming it this month for reporting "selective, insulting, and demonizing" articles, revealing the harsh realities of life in imprisonment.

The city has long been a regional media hub, but as Beijing asserts increasing control over the city, it has fallen in recent years in press freedom rankings. These arrests demonstrate the government's targeting of journalists and the media who dare to confront them and expose the truth. This stance is by the exiled activist Nathan Law. Sunny Cheung, a well-known activist, who is now seeking refuge in the United States, says Beijing is smothering any form of opposition.

Nuclear fusion tests for ‘Artificial Sun’ have begun in China