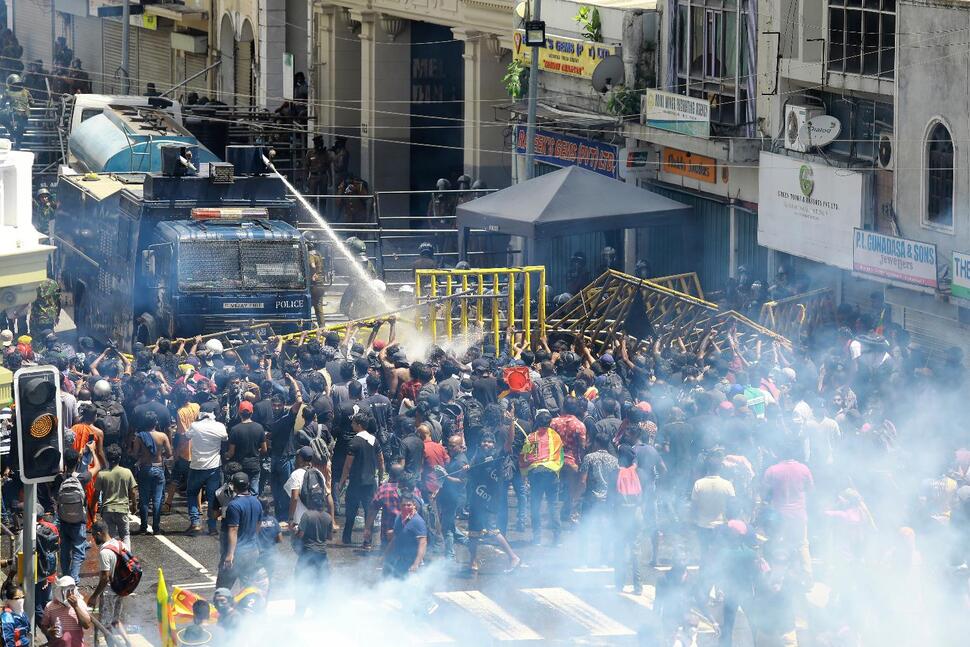 Sri Lanka reached a point of an economic crisis that Forbes defines as a disaster. With food supplies now 50% more than before, the country’s people face unavoidable poverty. The government, in an attempt to save fuel, began restricting their citizens from purchasing. The country, in more than 50 million dollars in debt, is crumbling by the second. There have been rumors that the country is making a deal with the International Monetary Fund. However, the deal is said to come with strings attached to ensure that the money isn't being abused by the politicians. The country, in an economic crisis, is demanding that its president, Gotabaya Rajapaksa, step down.

President Rajapaksa called a national state of emergency where he began implementing curfews on the citizens. These curfews were accompanied by military forces and an attempt to control the anti-government protests. The protests have successfully forced the Prime Minister to resign yet, despite all of the concerns, the President refuses to step down from his position.

Protesters in Sri Lanka were spotted around the Galle International Stadium on July 9th, voicing their opinions on anti-government. The crowds formed around the stadium during a test cricket match to bring attention to the issues at hand. According to CNN, the protestors were spotted with Sri Lankan flags and signs that said “GotaGoHome”. Despite the police’s efforts, the crowd made their way into the stadium with their signs and began to shout to the people about their needs and concerns regarding the government.

On Top of that, thousands of citizens were gathered outside of the president's home. Newsweek reports that the crowd successfully stormed the president's place of residency to show their anger. The protestors were able to pass security and entered Rajapaksa's home. Inside they hung banners throughout the palace while others were spotted swimming in the president's pool. 55 people were reported to be injured during the protest. Many of the injuries are said to have been caused by gunshots. The police were unable to successfully control the crowd and President Gotabaya Rajapaksa fled the site. It is unclear when President Rajapaksa fled, but according to many protestors, he was not in the building at the time they entered.