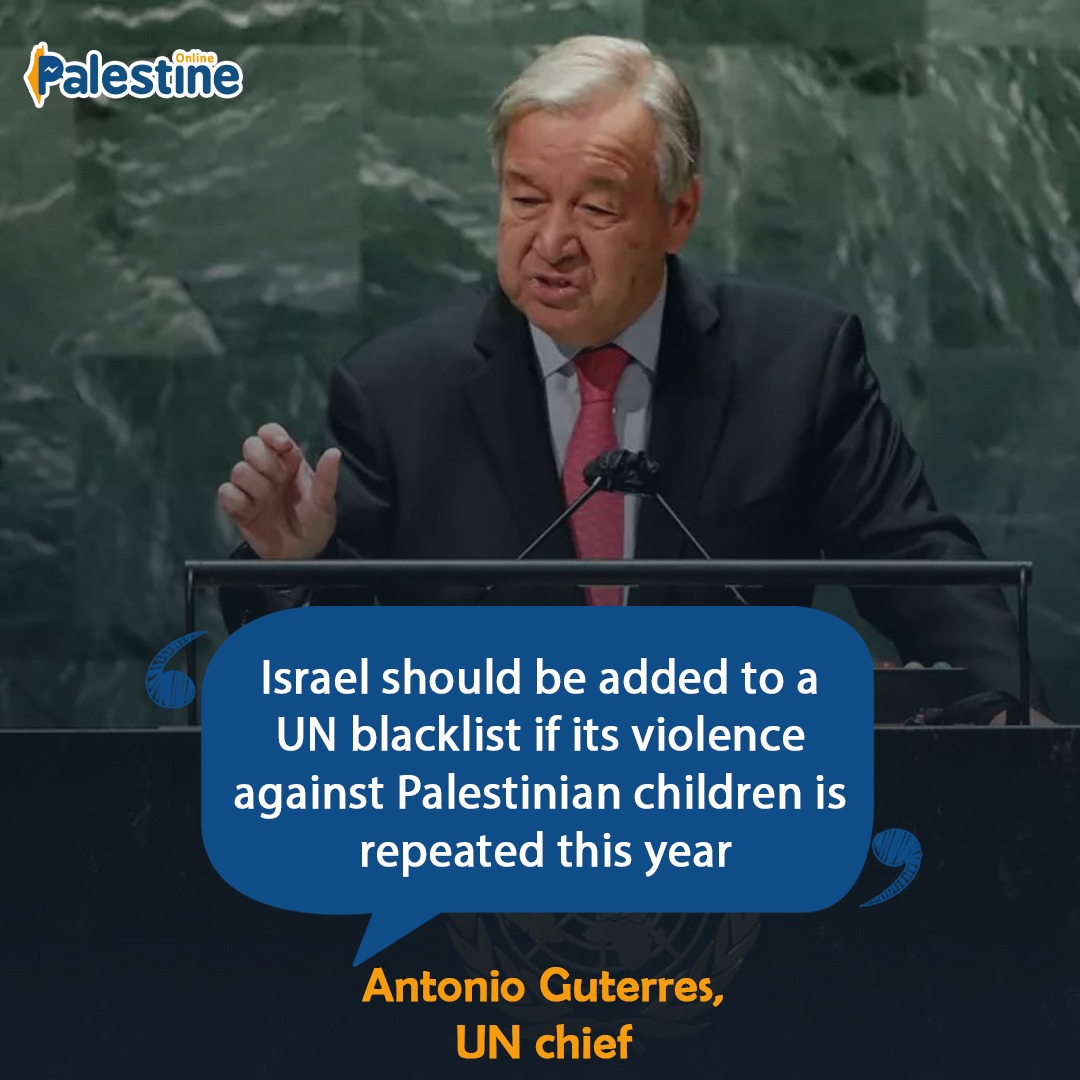 Antonio Guterres, who served as the Prime Minister of Portugal between 1995 and 2002, and currently the head of the UN, stated on Monday that if Israel continues to abuse Palestinian children this year, it should be put on a UN blacklist.

According to the UN's yearly report on children and armed conflict, Israeli troops killed 78 Palestinian children in 2021, wounded another 982, and jailed 637.

1,208 Palestinian children were the victims of 2,934 grave violations overall, according to this report from the UN.

According to the report, all 17 of the youngsters slain by Israeli authorities in the occupied West Bank, including East Jerusalem, were shot to death with live ammunition, frequently during protests.

According to the research, 85 of the 637 Palestinian youngsters imprisoned during this time alleged mistreatment and violations of due process by Israeli authorities, with 75% saying they had been subjected to physical assault.

"I am outraged by the number of children killed and injured by Israeli forces during hostilities, in air strikes on densely populated areas, and via the use of live ammunition during law enforcement operations," Guterres stated in response to the report. "Israel should be classified," he continued, "should the situation repeat in 2022 with no appreciable improvement."

At least 15 Palestinian children have already been killed by Israeli forces in 2022, according to the Palestine chapter of Geneva-based Defense for Children International (DCI-P).

Campaigners for Palestinian human rights have repeatedly protested that Israel has never appeared on the "blacklist" at the end of the annual report, which documents egregious abuses against children in conflict areas worldwide.

This UN report on abuses of human rights committed against Palestinian children, which comes after a report from Amnesty International last year that formally denounced Israel's practice of apartheid, is yet another example of why we must advocate for Justice for Palestine on a global scale.

The Labour Front Bench has far too frequently been silent in support of the rights of the Palestinian people since Keir Starmer's installation as the leader, despite the clear policies that the Labour Conference decisively adopted in 2018, 2019, and 2021. We must create the necessary public outcry to alter this circumstance, thus helping Labour & Palestine in their continuous efforts.