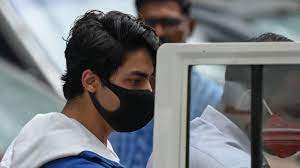 Nowadays, one of the most common names among the Indian masses is Aryan Khan. The son of King Khan has become the face of every news channel for the past few days. The arrest of Aryan khan following a cruise raid made headlines.

NCB arrested many people along with Aryan Khan. It only took a few minutes to politicize this matter. All of them were arrested, on October 2, for using illegal substances. NCB claims that they seized 13 grams of cocaine, 5 grams of mephedrone, 21 grams of charas, 22 pills of ecstasy with more than one lakh rupees in cash on the cruise.

Indian media faced heavy criticism for covering this case so closely but ignoring the tonnes of heroin found on Gujarat port. No breakthrough of this discovery intermingled Bollywood and politics again. Many politicians accused the raid of October 2 as fake, and no such traces of drugs were found. Nawab Malik’s statement waged a war of words. His part - National Congress Party, also questioned the presence of 2 persons in the NCB team. Nawab says one of them was from BJP.

Many BJP leaders like Kirti Somaiya, Nitish Rane, Atul Bhatkhalkar came in defense of their party. They accused Nawab Malik of bringing Hindu-Muslim politics into this matter, causing a threat to national unity. The government of Thackrey also faced criticism. Bhatkhalkar argued that there were substantial pieces of evidence against Aryan Khan. That was the reason the court did not grant him bail.

The Additional Solicitor General, Anil Singh, claimed that many shreds of evidence suggest that Aryan was a regular consumer of drugs. Some of his WhatsApp chats also had some suggestive remarks. He was arrested with the following charges:

• Section 20(b): This deals with punishment related to the use, manufacture, cultivation of drugs.

• Section 27: The consumption of any narcotic drug or psychotropic substance is a punishable offense.

• Section 35: The accused will be treated guilty until proven innocent.

Many Bollywood actors, such as Hrithik Roshan, Zoya Akhtar, Farhan Khan, Swara Bhaskar, Raveena Tandon, came to support Aryan Khan. Even politician Shashi Tharoor condemned the witch-hunting. Bollywood was not far behind dragging the religious identity of the accused in this case. Reema Kagti alleged that this harassment was just because Aryan is the son of a famous Muslim Man.

It is not the first time that a famous Bollywood person is involved in consuming illegal drugs. Last year amid the covid crisis, The death of Sushant Singh Rajput also unraveled the drug racket in the film industry. Rhea Chakraborty and Sara Ali Khan were among a few of the celebrities who were involved.

The court has rejected the bail plea of Aryan Khan. More than anything, this case is losing its focus from a drug consumption case and is becoming more about the religious identity.