As Fuel prices rise, personal carers for the vulnerable get axed 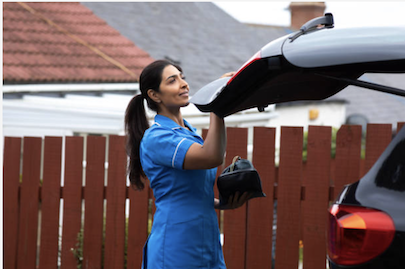 From Care residents to vulnerable people needing personal care nurses and assistants for everyday things like dressing a surgery site in recovery, taking the person shopping for much-needed essentials or helping them care for themselves after a life-changing event caused multiple health issues that led to disability.

One lady, when asked, told the BBC she had ‘Gone a week without a proper wash,’ (as no one had come to assist her.), while another admitted she had no support and care ‘At all.’ during her husband’s work hours.

The BBC recently reported after a survey and its results showed that support was dropping for people due to petrol prices rising, a survey of 509 care providers - employing more than 69,300 care workers and supporting about 118,000 people in their own homes - has revealed how petrol price rises have affected them.

More than half of the providers said some staff had handed in their notice or left because they could not afford to pay for petrol or diesel for their cars, while 59% said they had staff who intended to seek work elsewhere.

And more than three-quarters of the providers who responded to the survey said staff had requested a fuel allowance raise. "The fuel amount we now have to pay means we are literally working on the brink of closing the company," one provider said.

The Homecare Association, which represents providers across the UK and conducted the survey, says high fuel prices have led to an "exodus of homecare workers". 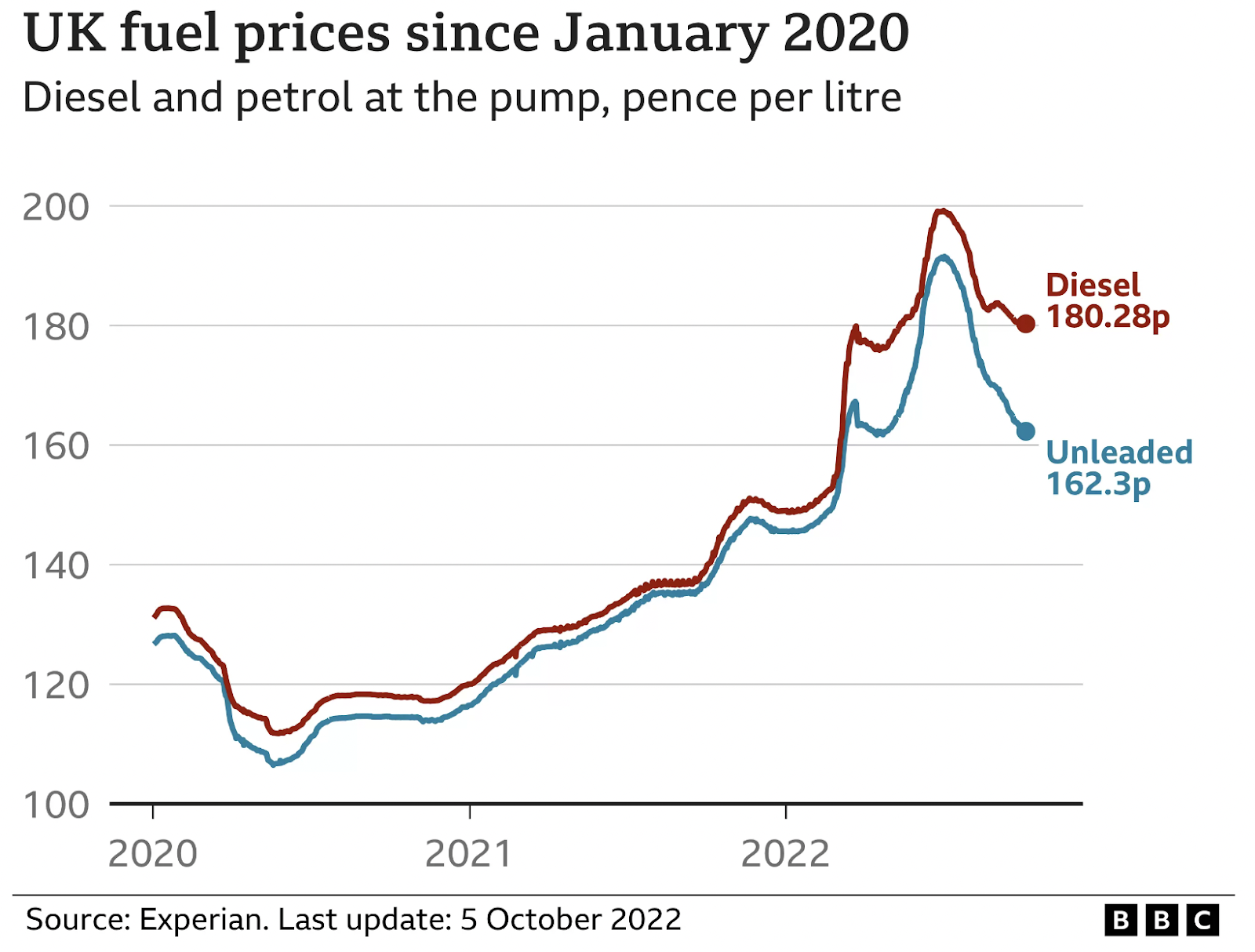 Experian, the credit score finance company, has data from the fifth of October that shows just how steep the fuel price climb is visually.

Even the CEO Jane Townson said they had “-significant worry about the long-term sustainability of care businesses in a sector already facing major staff shortages, and that it should be a wake-up call to the government."

"High fuel costs are exacerbating an already difficult situation. Homecare workers cannot afford petrol or diesel for their cars, which they need to drive to the people they support, so they are leaving for jobs that do not require travel."

Even companies which do partly cover the cost of travel expenses for their carers does not seem to be enough and can vary greatly from one company to the next.

The majority of the providers who responded to the survey said they paid between 21p and 45p per mile. Some - 2% of those who responded - said they did not pay mileage rates at all. By comparison, NHS staff currently receive 56p per mile.

Louise, a carer in the Midlands, is among those considering changing careers because of petrol costs. She uses her own car and says she can visit up to sixteen clients a day, with trips often taking between fifteen to thirty minutes to get there from her day.

"I get thirty pence a mile. The thirty pence covers it if the journey is smooth, but if I get stuck in traffic it doesn't, and that's about ninety per cent of the time," she explains to the BBC.

"(It is) another nail in the coffin in an already lowly-paid job and amid a cost of living crisis. I love my job, I love the work I'm doing, I love going into people's houses (to assist them) but I just can't afford it,"

The Homecare Association has called on the government to introduce a temporary annual grant of £107m as an allowance to cover the increased fuel costs.

Even Disability Rights UK said the "central and local government must act on the serious finding of the survey and address the ‘catastrophic impact’ of the cost of living crisis on disabled people. Care workers should not have to pay for fuel costs or for driving to and from visits," it said.

A spokesperson said the government was "taking action to support people - including by cutting fuel duty - and (had) urged petrol retailers and others in the supply chain to pass on this historic cut on forecourts."

Consequently, people like Natalie Rowley, who lost access to her carer five months ago, are being left stranded with a lack of care and support.

The text she received simply said, “Morning. I’m really sorry, I thought the social workers had been in touch with you to let you know our care package with you ended last night. Sadly, I don’t have any clients in your area, and staff are complaining about fuel costs. Good luck with everything in the future.”

Now she has to rely on her husband to care for her and her nearly four-year-old son who has disabilities of his own. Her husband is now her only carer when she previously had up to three a day.

The pregnancy with her son caused her to develop a joint disorder and other complicated health issues, which exacerbated her previous conditions, like Epilepsy. This left her vulnerable and unable to walk without aids such as her wheelchair, and normally she would have help to bathe, take medication and have some semblance of daily life for herself and her family.

She now basically lives in a hospital electric riser bed in her living room, with her husband lifting her into her wheelchair to go from room to room each day whenever she needs.

"He helps me in and out of the shower, (with) moving from one room to another, he helps me put cream on my back, changing my pad, supporting me through seizures... he does everything basically… It's really hard, and sometimes I do feel like he's more of a carer than a husband." The young 32-year-old regretfully told BBC.

Most of her current life now is spent in bed, with hot water bottles, Duvets and blankets. Even taking a shower or getting another hot water bottle can be forgotten, or something else that is important comes up, and it does not get done that day.

Natalie, like many others, feels she is ‘taking advantage’ and feels guilty for the way this situation has made her life.

"If (my husband) goes out to do the shopping, sometimes I have to phone him to say, 'I'm having a seizure; can you come back now? -And he's literally left the trolley full of shopping in the middle of the supermarket and jumped in the car and come home. Going from the life that I had to my life now, it's so incredibly frustrating."

“We’ve been constantly on the phone to social services, saying, ‘Can we have some help, please?’ I have a family, but there are a lot of people that don’t have families. Their carers are the only people that they see that day.”

“This fuel price hike, it needs to be sorted. I feel like I’m trapped in this little house, and I have to rely on my husband to do everything for me, and that’s not what I wanted for the kids.”

The carer agency that she was once with, Silverbell, told the BBC that “They were mortified by her situation, but said it had no alternative but to downscale our operation” (of care in her area, as) funding from the local council was ‘no longer sufficient to cover the carers' petrol costs and travelling time’ to reach more distant clients.”

Shropshire local council have recently re-assessed her case and said, “(We) are working to restore her care.”

Though she is happy, and her ‘Face hurts from smiling so much’ that her care is eventually going to be restored, Natalie can’t help but think of others, as she reiterated to the BBC.

"I have a family but there are a lot of people that don't have families and their carers are the only people they see that day, and that's heartbreaking."

Attending university in a Covid-19 World: how much has earning a degree changed?