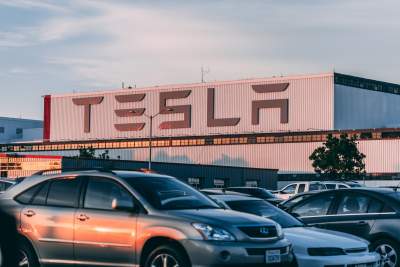 After a series of ascensions by Indians to top positions in high-tech companies, Ashok Elluswamy adds on to the list.

Ashok got hired as the director of the autopilot software of Tesla. He was recognized by the founder and Chief Executive Officer (CEO) of Tesla, Elon Musk, himself eight years ago, through a tweet. Elon Musk in his novel ways of hiring tweeted asking for applications for incumbents into the autopilot team of his electric vehicle company, Tesla back in 2015. Ashok was the first person to be hired among the respondents.

Elluswamy started as a software engineer for autopilot in Tesla in 2014. Two years later in June 2016, he bagged the role of a senior software engineer in the same division. A year later, in September 2017, Elluswamy became the senior staff software engineer and held the post until April 2019, eventually paving his way as the director of the autopilot in 2019. Before Tesla, Ashok worked for Volkswagen’s Electric Research System and WABCO Vehicle Control Systems. He holds a bachelor’s degree in Electronics and Communication from the College of Engineering in Guindy, Chennai. After which he pursued robotics systems development at Carnegie Mellon University in the United States.

A month ago, social media giant Twitter appointed Parag Agarwal, another Indian prodigy as its Chief Executive officer. Ashok is the latest edition in an extensive thread of Indian-origin tech CEOs, which include Microsoft's Satya Nadella, IBM's Arvind Krishna, and Alphabet’s Sundar Pichai, and Twitter's Parag Agarwal. While Indians were celebrating the success of one of their own, concerns were raised on the wider problem of brain drain from India. Brain Drain is the exodus of high-value human resources from a country, more so from developing countries. These countries can produce such a high caliber of talent but fall short in retaining their talent to their country .

Studies suggest that nearly 23,000 Indian millionaires have migrated from the country since 2014, costing the country billions in tax revenue. Approximately 9 lakh Indians have given up their citizenship since 2016. While we celebrate the achievements of our men in a foreign land, we should certainly provide them with a flourishing environment at home so that they benefit the millions around them in their motherland. On the other hand, it is high time that Indian potential and talent are being recognized.