Assam: Citizenship Proof is necessary for rehabilitation of evicted people 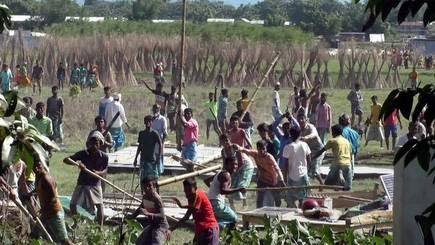 Debabrata Saikia, an opposition leader filed a PIL, arguing that the people evicted from Dholpur were landless minority people. He stated that these landless families migrated from other districts to Darrang due to erosion. He suggested that thus these families should be rehabilitated. Kamaljeet Sarma, Circle Officer of Sipajhar Revenus Circle mentioned in the response affidavit that the claim of forced migration was wrong. He also mentioned that the evicted families of Dholpur never submitted any certificate or erosion to the Revenue Circle Authority. Erosion affected people are supposed to report to the revenue Authority. The Authority maintains a Gara Khahania register for erosion affected people. The Authority generates a certificate of erosion to such people. The affidavit also stated that the ‘Rehabilitation Policy for erosion affected families of Assam 2020’ does not apply to government land. It is also stated that families occupying government lands as encroachers are not eligible for rehabilitation.

The eviction drive in the Dholpur area at Gorukhuti of Darrang district on September 23 took violent turns. Two civilians died and many were injured. Assam Government freed up land in this area for an agriculture project. Indigenous local youths would involve themselves in this project.

The High Court took suo motu cognisance of this incident after Axom Nagarik Samaj; a civil society group filed a PIL on it. Debabrata Saikia’s petition asked for a fair and independent investigation in a time-bound manner. Chief Justice Sudhanshu Dhulia and Justice Kakheto Sema were on the bench in the Gauhati High Court. They heard the matter on November 3. The Court took note of the state government’s assurance that for the remaining alleged encroachers, the government won’t adopt any coercive measure. The State Government also mentioned that they are making efforts to convince the alleged people to move to the demarcated area. The petitioner can move an application before the Gauhati High Court when the Government adopts such measures. The Court granted the State Government a week to submit a detailed counter-affidavit. The Court scheduled the next hearing for December 1.

Possibility of attacks by ISI and al Qaeda, Assam under high alert