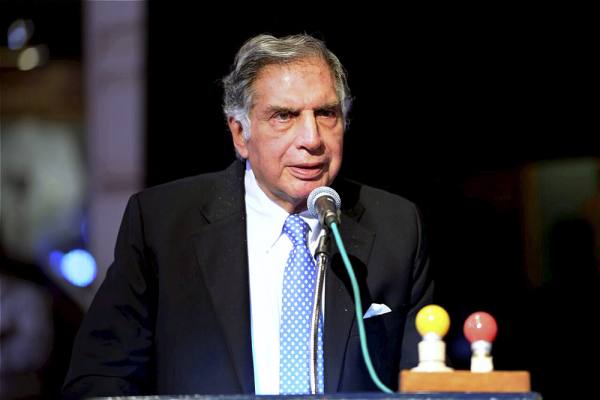 The Assam Government has announced that they have decided to confer the State’s highest civilian award, Assam Baibhav to Ratan Tata. Assam Chief Minister, Himanta Biswa Sarma made this public announcement on social media on Thursday, 2 November 2021. He stated in his announcement that the people of Assam were grateful for his extraordinary contribution towards cancer care in the state. Sarma mentioned in his tweet that he was delighted to announce the Government’s decision to confer Assam Baibhav to the Chairman of Tata Trusts, Ratan Tata. Sarma also stated that the Government took this decision because of his exceptional contribution towards developing cancer care in Assam.

The Tata Trust in collaboration with the State, decided in 2018 to set up 19 cancer care units. Ratan Tatat himself laid the foundations for these care units. They carried out the foundation laying ceremony on 18 June 2018. BJP President Amit Shah and Ratan Tata attended the foundation ceremony. The care units were set up, to improve cancer care in Assam as well as the entire northeastern region drastically.  The total investment for the collaboration between the state and Tata Trusts amounts to an estimated Rs 2,200 crore budget. Tata group companies contributed half the amount while the state contributed the rest.

Tata Trusts signed an MoU with the Assam Government in February 2018 during the “Advantage Assam-Global Investment Summit, 2018’. According to the proposed plans the hospitals were to be set up on a three tier-system. The plan was to set up the hospitals with the divisions-L1, L2 and L3. These divisions signify the standard of care provided by the respective hospital. The aim of this collaboration was to create standard care units so that the State’s citizens don’t have to travel more than a few hours for proper treatment. They planned to make this joint venture functional by 2019. They set up 12 out of the 19 care units in Government Medical College premises, thus ensuring affordable treatment.

Himanta Biswa Sarma was the State Health Minister during the time of the foundation ceremony. Sarbananda Sonowal led the State Government during that time. He is the current Union Minister of Ports, Shipping, and Waterways and Minister of AYUSH.

The State Government made this big announcement on 2nd December 2021, during the auspicious occasion of Asom Divas. People of Assam observe Asom Divas to mark and remember the rule of Chaolung Sukapha. Sukapha was the first Ahom King of medieval Assam. He established the Ahom Kingdom, which ruled the region for six centuries.  The Assam Baibhav award was earlier known as Assam Ratna.