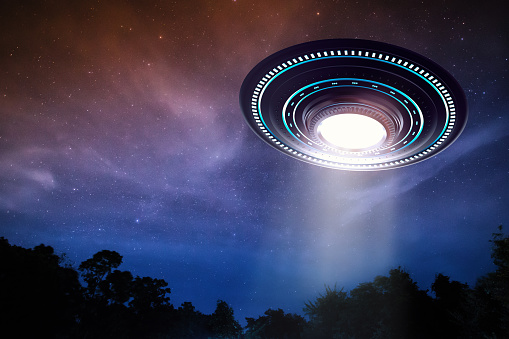 During Koi Mil Gaya, we were all surprised by Jaadu and thought that this character was a fictional creation. Apparently, Earth has received its first radio signal from the center of the galaxy. A signal has been seen flickering on and off for weeks at a time before suddenly switching off and going dark. This is not consistent with anything known about space objects.

Scientists have been in an effort to connect with the outer planets. In December 2020, scientists had gathered an unusual radio signal coming from the direction of Proxima Centauri, which is 4.2 light-years away and the nearest star to the sun. The excitement is heightened by the fact that at least two planets orbit this star, one of which may be rocky and temperate like Earth.

Over the past 60 years, scientists have been looking for artificial signals in the skies to identify their origins. Notably, Project Ozma was conducted in 1960 by Frank Drake as part of the Frank Drake Search. These extraterrestrial whispers are expected to resemble the transmissions humans use to communicate much better than the radio waves the cosmos naturally produces. Radio signals of this type would be extremely narrow in frequency. Typically, radio sources from distant cosmic objects exhibit a characteristic "drift," which indicates that the source is advancing or retreating toward Earth. We can infer from this that the source originates from a planet orbiting a star.

ASKAP J173608.2-321635 - has been picked up 17 times in the last two years. During 2020 and 2021, ASKAP (Australian Square Kilometre Array Pathfinder)  and VAST are surveying the sky for unusual new objects, according to Dailymail's story on Professor Tara Murphy at the University of Sydney's Institute for Astronomy.

There was something unique about this object that started invisibly, became bright, disappeared, and then reappeared. It was unusual behavior. There are more than 3,200 other stars in our galaxy with planets orbiting them previously discovered by astronomers.

Professor Murphy, however, told MailOnline that aliens could not have sent the signals. Several properties indicate that they must be astronomical, she said. Radio emission, for example, is broadband - it covers a wide range of frequencies and cannot be produced artificially.  Even though we don't know precisely what is causing them, we are certain that astronomical phenomena are the cause.

Six radio signals emanating from the source were detected over nine months in 2020, but an optical view was not possible. Again, they failed to detect the source at the Parkes radio telescope in Parkes, New South Wales. Following that, observations with the more sensitive MeerKAT telescope were conducted from November last year.

We observed the signal for 15 minutes every few weeks because it was intermittent, hoping to see it again,' said Professor Murphy. After our previous ASKAP observations, we found that the source behavior was drastically different. The source only lasted a single day rather than the usual weeks. Although the team discovered a few new clues about the radio source, this discovery did not reveal a great deal more about its secrets, so they intend to continue observing the radio source for further signs.

As well as helping us solve mysteries like this latest discovery, we expect that the scope of this telescope will open up a plethora of new horizons to exploration in the radio spectrum.