August 14th To Be Observed as Partition Horror Remembrance Day 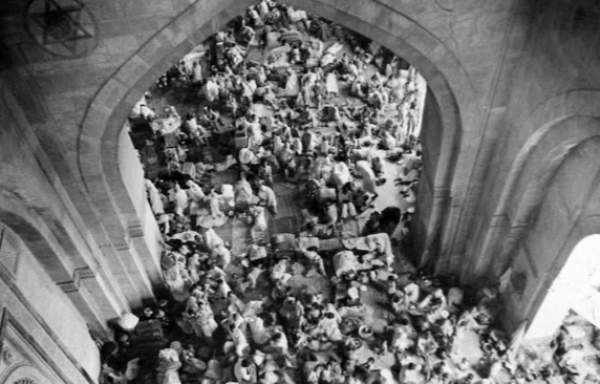 In the latest news coming up , Prime Minister Narendra Modi announced with his tweet on August 14, 2021 that the Day would be from now on remembered for the horrors witnessed by the people during partition just before the Independence of Republic of India on 15TH of August 1947.

India will be celebrating its 75th Independence Day this year. The Prime Minister also offered his condolences to the sufferings the citizens had to face across the borders of India and Pakistan then and reiterated that one should never forget the spirit of unity and integrity we have today as an independent and diverse nation. He tweeted , “ May the #PartitionHorrorsRemembranceDay keep reminding us the need to remove poison of social divisions, disharmony and further strengthen the spirit of oneness. Social harmony and human empowerment.” 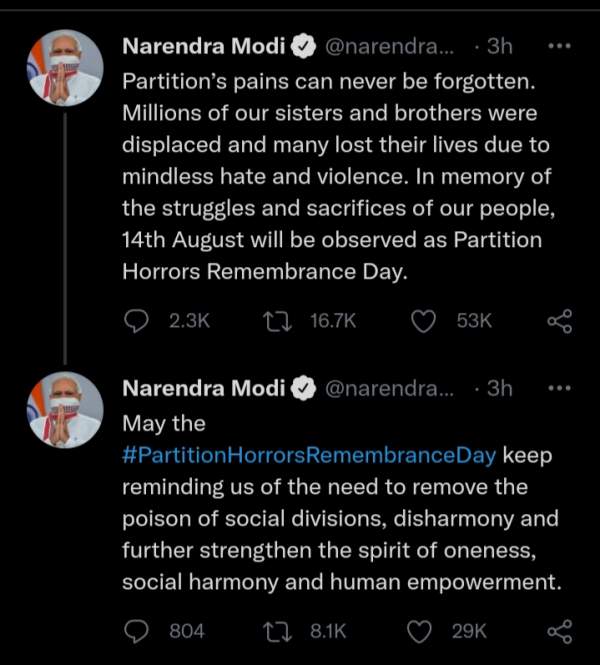 The constitutional freedom to formulate and approve one’s own set of laws and regulations was to be provided according to the Plan released by the British Government. It was a result of many pleas and resistance movements by the revolutionaries who staked their lives for the independence of our nation.

Several anecdotes have been documented and Literary bios and stories have tried to display the horrors and disruptions the people across the borders of states Punjab and Bengal faced. Famous authors like Urvashi Butalia and Manto in their writings have tried to present the absolute genocide like conditions India faced just after the Independence.

The dark period of Partition and rehabilitation of the displaced Hindus and Muslims was accompanied by the Hindu-Muslim riots , abductions, violence, vandalism and crimes like rapes and murders of women. Children and women faced the harshest time amidst the fright and experiences of losing one’s family to the mass exodus.

Several Historians have quoted and explained in their studies that the riots which marred the new born independent India was no less than a Genocide, which aimed at the mass killings and extermination of a population belonging to certain region or religion. Cases of revenge against women across the region of Noakhali in Bengal and Bihar took many years to reach a state of normalcy. Delhi had many camps set up for the people arriving from Pakistan in the midnight as the independence and partition was announced.

The joy of freedom from a colonial oppression and a hopeful strength to rebuild a nation was met with catastrophic event of displacement of population from one state to another. Partition remains to be one of the most tragic event India ever faced. To commemorate it and remember the dark past the Museum of Partition in Delhi was set to open this year in August but due to covid has been postponed to be opened in 2022.

Vijay Chauthaiwale, who hold the chair of managing foreign affairs of National political party, Bhartiya Janta Party (BJP) has expressed that this was long due recognition of the day and the stories shall live with us forever with the aim of staying united as a nation.