Aung San Suu Kyi: What is to come for this prominent leader? 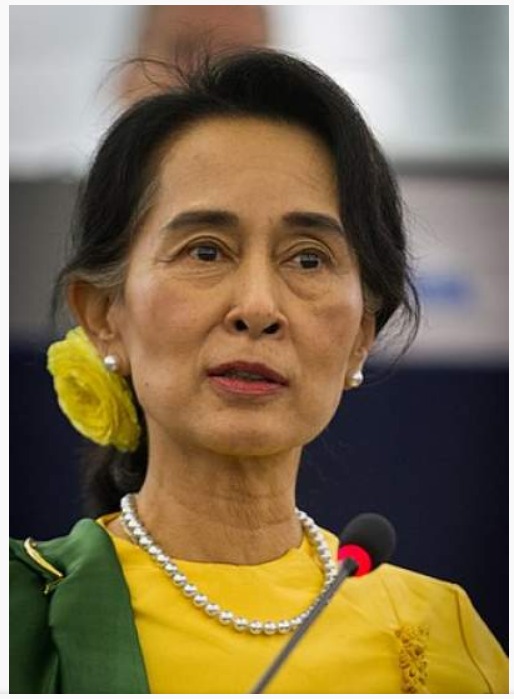 Aung San Suu Kyi is one of the world's most known and prominent political prisoner and human rights activist. She believed that Mayanmar deserved to be democratic, and the people needed to be free from the harsh rules of the Military Government who has been ruling over Maynmar for more than a decade. She was put on house arrest by the military government in Maynmar because of her win in the 1990 general election of Maynma. Still, she could not become the leader because the military government refused to hand over the power to her, and they had detained her a month before the election results got announced.

Aung San Suu Kyi, the youngest daughter of the Father of the Nation of Maynmar, is highly educated. She received her education first from the University of Delhi, where she graduated in 1954, and then St Hugh's College, Oxford, she graduated in 1968.

She was known as one of the greatest ambassadors for peace. She never wanted any violence and did everything in her power to keep Maynmar as peaceful as possible. Therefore, she was awarded the Nobel Peace Prize Award in 1991. She was named one of the "Children of Gandhi" by the Times Magazine for her non-violence practices.

She won the 2020 General Elections and became the leader of Myanmar. This time the strict Military Government agreed to give up the power because they were scared about international outcry and national backlash. But soon, the military government came back in 2021 and took over the center and detained her. Many cases against her have come to light ever since this happened, and these cases have gone to court.

On 6th December 2021, Myanmar's special court found their leader guilty of two charges, and she was sentenced to jail time for four years. As the trials for more charges kept coming up on 10th January 2022, she was found guilty of more charges and added four more years to her jail time. At this point and time, the leader has been detained by the military because a planned coup took place in Myanmar.

She has been found guilty of violating COVID protocols laid out in the country and also for indictment. These are the only few crimes that she has been found guilty of, but several changes have been put up against her, which are still on trial. She is facing 11 charges, and if she were to be found guilty for each and every one of them, she would be imprisoned for 102 years. These charges include corruption, abusing her power as the leader, and also use of unlicensed walkie-talkies by her guards.

Aung San Suu Kyi is a prominent figure. The question right now comes to mind about these trials: Is she actually guilty of these crimes, or is this a move by the Military government to defame her nationally and internationally?

Most of these trials are being judged in court. Some are still to be brought to court, and one can not imagine what is to come for this Nobel Peace Prize Winner.