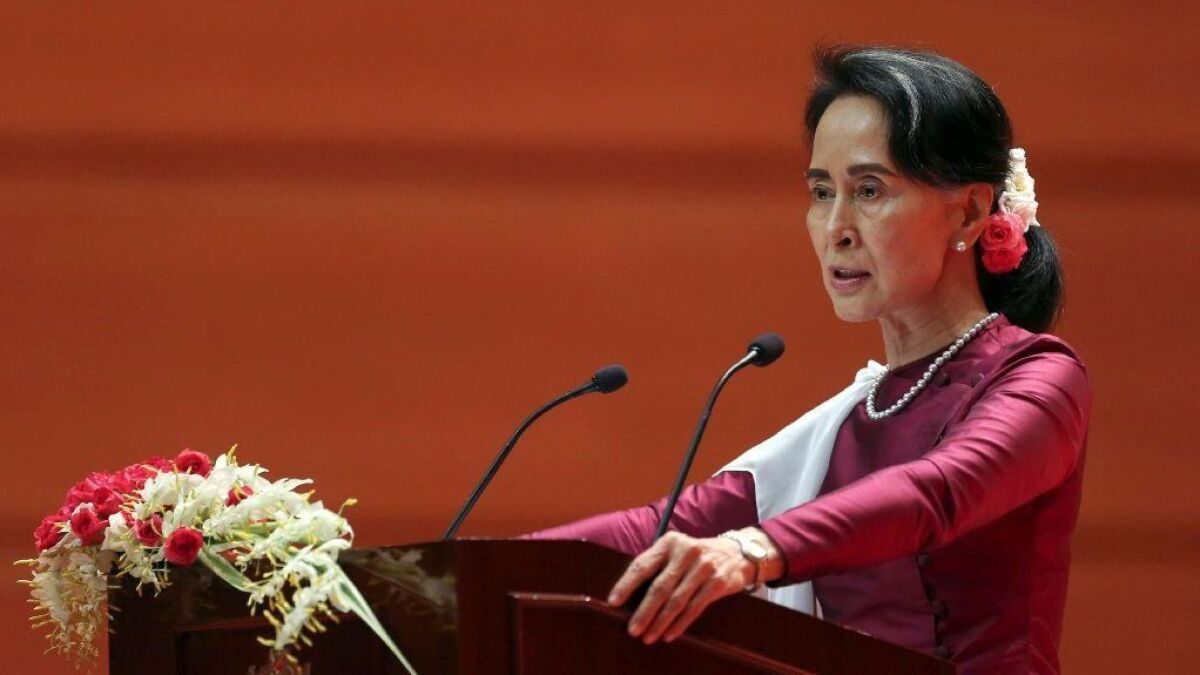 According to a legal official who spoke on the condition of anonymity because the government has limited information on the trial's publication, the court was scheduled to rule on charges of inciting and breaking coronavirus limits. The hearing has been postponed till December 6, when Dr Zaw Myint Maung, a new witness, is slated to testify. When a decision will be made is unknown.

On Tuesday morning, an AFP correspondent reported that there was a considerable police presence on the streets leading to the special court in the capital, Naypyidaw. The courtroom will be closed to the press until a ruling is reached, according to junta spokesman Zaw Min Tun.

The charges are believed to have been made to undermine Suu Kyi and prevent her from competing in the upcoming election. According to the constitution, anyone sentenced to prison is barred from holding high office or becoming a lawmaker.

In recent weeks, several high-ranking members of Suu Kyi's National League for Democracy have had their cases concluded, with the junta handing down heavy penalties. Earlier this month, a former chief minister was sentenced to 75 years in prison, while a close Suu Kyi adviser was given a 20-year sentence.

Suu Kyi is still a well-known figure and a symbol of the anti-militarist movement.

According to the Assistance Association for Political Prisoners, widespread peaceful demonstrations erupted in response to the army's takeover, which security forces suppressed with brutal force, killing around 1,300 individuals.

Armed resistance has grown in cities and rural areas while nonviolent protests have been severely restricted, prompting UN experts to warn that the nation is on the edge of civil war.

Suu Kyi, who won the Nobel Peace Prize in 1991 for her peaceful fight for democracy, has not been seen in public since the military seized power. She has been in court for a number of her trials, which are not open to the public or the media.

Suu Kyi's lawyers, who had been the sole source of news on the judicial proceedings, were given nondisclosure agreements in October, prohibiting them from releasing any information.

The military, which has ruled Myanmar for decades, has justified its power grab by invoking electoral fraud charges in last year's general election, which Suu Kyi's party won overwhelmingly. International efforts to restore democracy as swiftly as possible have not deterred the generals.