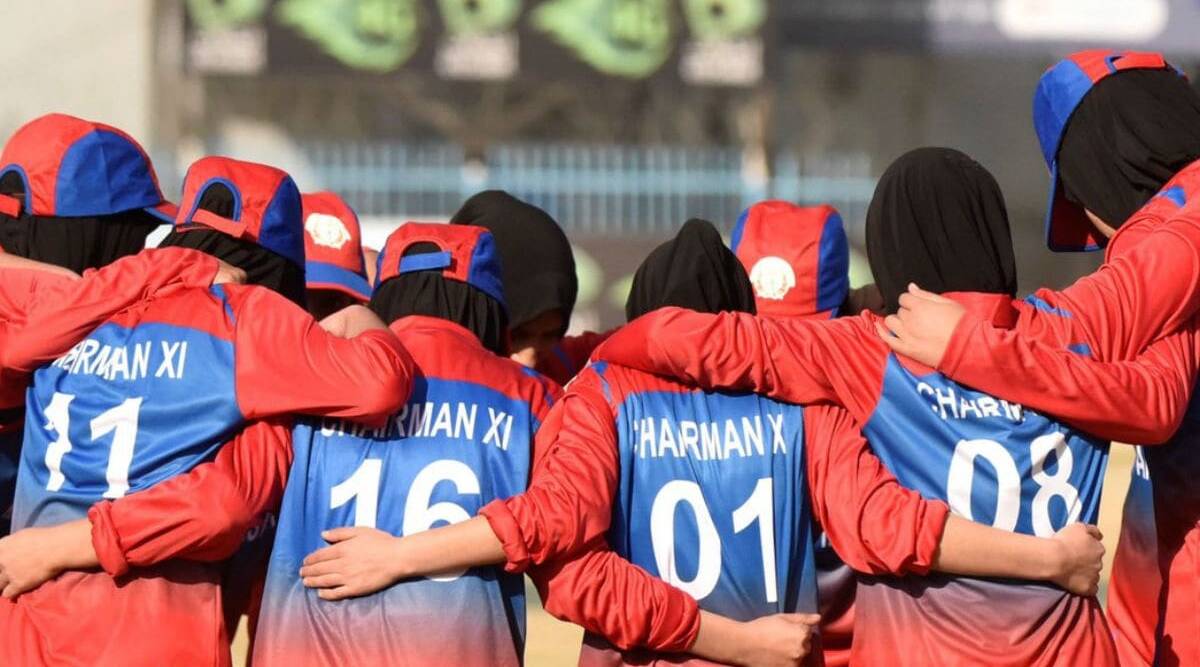 After the Taliban has established its governance over Afghanistan, there has been turmoil in this country. On Wednesday, The Taliban announced the ban on women, from playing cricket and other sports. The Taliban believe that all kinds of sporting activities, including cricket, only show the body of women.

The Taliban declared, 'Afghan women will not play cricket and other sports. Sports activities will only showcase their body. Islam does not allow women to be observed in this way.' On Wednesday this information has been released by a Taliban spokesman.

According to statements, Ahmadullah Wasik, deputy head of the Taliban's Cultural Commission, has delivered a bizarre statement and had said that “It is not necessary for women to play cricket. Because of this, women cannot take part in any sport including cricket, because sports activities will do nothing but show their body. This is the age of media in which photos and videos will be seen by everyone and we don't want our women's faces to be shown. Islam and the Islamic Emirates do not permit women to play cricket or any other sports in which the body is visible. It's not approved of in our culture.”

Afghan women's cricketer Roya Samim had told earlier, 'It was a sad day for me to leave Afghanistan. I was just crying. I really like everything that I had. My work, my cricket, my house, my family and relatives. Everything is there. Even today when I remember all this, I cry.”

After this remark by the Taliban, Cricket Australia made a statement in support of women's cricket in Afghanistan. "Driving the growth of women’s cricket globally is incredibly important to Cricket Australia. Our vision for cricket is that it is a sport for all and we support the game unequivocally for women at all levels. If recent media reports are correct that women cricket will not be supported in Afghanistan are substantiated, Cricket Australia would have no alternative but to not host Afghanistan for the proposed Test match due to be played in Hobart. We thank the Australian and Tasmanian governments for their support on this important issue.”

Cricket Australia further said, "If the news of the ban on women's sports in Afghanistan is true, then we will not host this Test and our team will not play. This test match was to be played between both the teams in Hobart from 27 November onwards.”

The Australian Cricketers Association has also endorsed the judgment of Cricket Australia by commenting "What is happening in Afghanistan is wrong. We want players like Rashid Khan to play against Australia but if Roya Samim and her teammates are not allowed to play, then this Test match will not happen.”

Will Test team status be snatched from Afghanistan?

As we know, the Taliban has banned women's cricket teams. According to the ICC rules, the country which has both women's and men’s cricket teams will only get the status of a Test team. The women's team should have 12 members and this criterion was fulfilled by Afghanistan in 2017. Last year, 25 women cricketers had also been given the central contracts by the Afghanistan Cricket Board.

The Taliban who pledged to bestow respect to women now have run away from it. The just nominated functioning minister of higher education, Shaikh Abdulbaqi Haqqani, of Afghanistan, has announced that co-education for women will be at a halt in the nation. Earlier the Taliban had made it very clear that women will not become ministers and further announced their only job is to give birth to children. The Taliban is planning to hold an oath-taking ceremony on Sept 11.

The US presence in Afghanistan for nearly 20 years has come to an end. The last three US military planes also took off from Kabul airport late on August 30-31 Monday. According to reports, the last three aircraft of the US military took off from the Hamid Karzai International Airport in Kabul marking the end of the US military operation in Afghanistan. The US has put a complete stop to its 20-year-long war in Afghanistan. The deadline for the withdrawal of American and NATO troops expired on Tuesday. Meanwhile, the Taliban have also started preparing for the start of the second innings.

It’s been quite heartbreaking to see what’s currently happening in Afghanistan for the past few weeks. Most of us are quite fortunate in life; blessed with freedom, food on our plate & a roof over our heads, but across the world, families are being uprooted in their land. So, what we ask from you, is to stand up for Human Rights. One should not be selective when it comes to issues on Human Rights. If you support Women’s Rights, LGBTQ+ Rights, etc., then you should care about Afghanistan too.